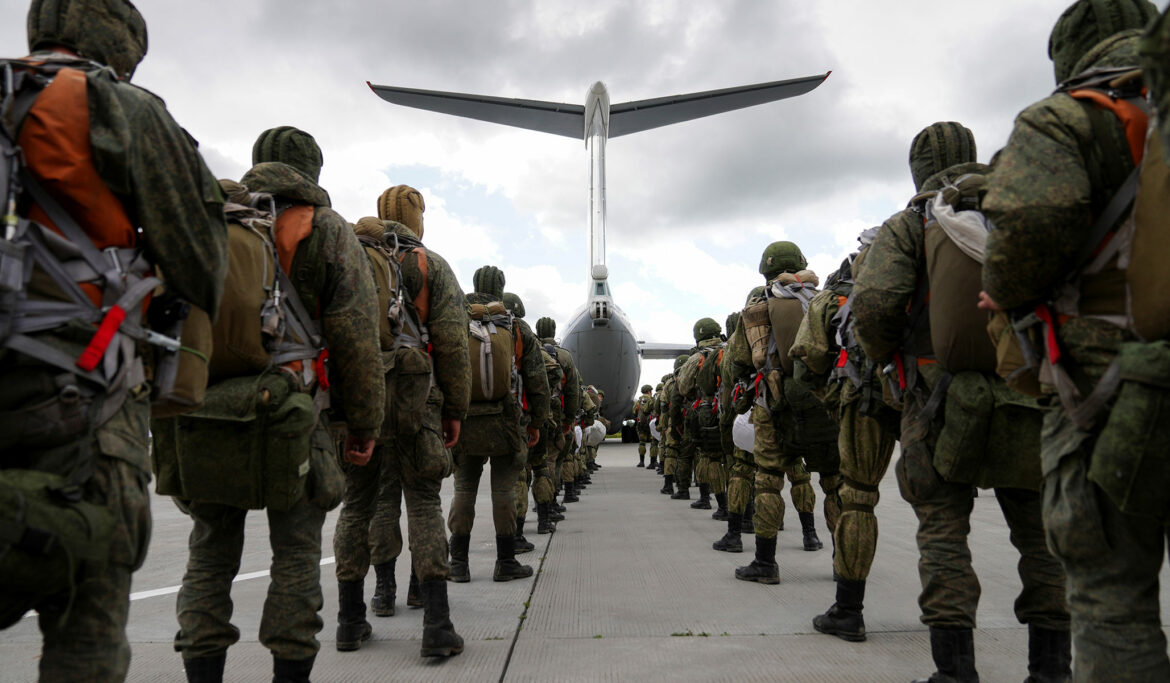 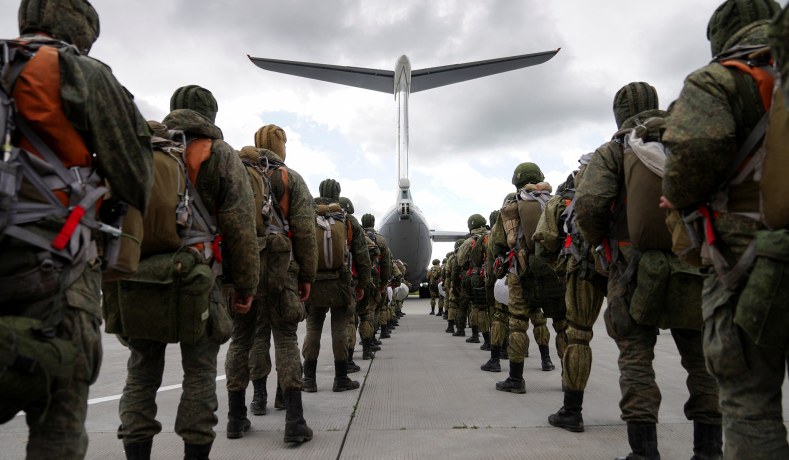 Russian paratroopers line up before boarding an Ilyushin Il-76 transport plane as they take part in the military exercises Zapad-2021 staged by the armed forces of Russia and Belarus at an aerodrome in Kaliningrad Region, Russia, September 13, 2021. (Vitaly Nevar/Reuters)

The U.S. has obtained intelligence that Russian officers have received orders to launch an invasion into Ukraine. CBS News national security correspondent David Martin confirmed the information during an appearance on Face the Nation Sunday.

The intelligence suggests that Russian commanders are making military preparations and “doing everything that American commanders would do once they got the order to proceed,” Martin said.

Earlier Sunday, both the State department and Pentagon said the U.S. was still pulling all the diplomatic stops to attempt to de-escalate the Russia-Ukraine crisis as an incursion becomes increasingly probable.

“He’s followed the script almost to the letter,” he said.

During a presentation before the United Nations Security Council Thursday, Blinken noted that the U.S. had expected Russia to manufacture a crisis that could serve as an pretext for intervention. Russia just extended drills with its approximately 30,000 troops in Belarus past Sunday, when joint military exercises were scheduled to end. On Sunday, the Belarusian defense minister cited growing tensions in eastern Ukraine as the reason “to continue the inspection of reaction forces.” As recently as last week, Russia had not planned to prolong its military presence in Belarus.

“As we described it, everything leading up to the actual invasion appears to be taking place: all these false flag operations, all of these provocations to create justifications,” he said.

Blinken said that the U.S. would try to negotiate with Russia up until the last minute, however.

“We believe President Putin has made the decision, but until the tanks are actually rolling, and the planes are flying, we will use every opportunity and every minute we have to see if diplomacy can still dissuade President Putin from carrying this forward,” he added.

“We will do everything we can to try to prevent it before it happens, but equally we’re prepared, if he does follow through, to impose massive consequences, to provide for Ukraine’s ongoing defense and to bolster NATO,” Blinken said.

Pentagon press secretary John Kirby said Sunday the U.S. was running a “full-court press” to deter Putin, exhausting all negotiation avenues to convince him to change his mind.

Responding to questions about why the U.S. has not imposed pre-emptive sanctions on Russia, Kirby noted that such action if used prematurely could provoke what they are trying to prevent. “If you punish somebody for something they haven’t done yet, then they might as well just go ahead and do it,” he said.

On Friday, President Joe Biden told reporters he was confident Putin had made his decision and that invasion was imminent in the “coming days.” Vice President Kamala Harris backed up this belief Sunday.