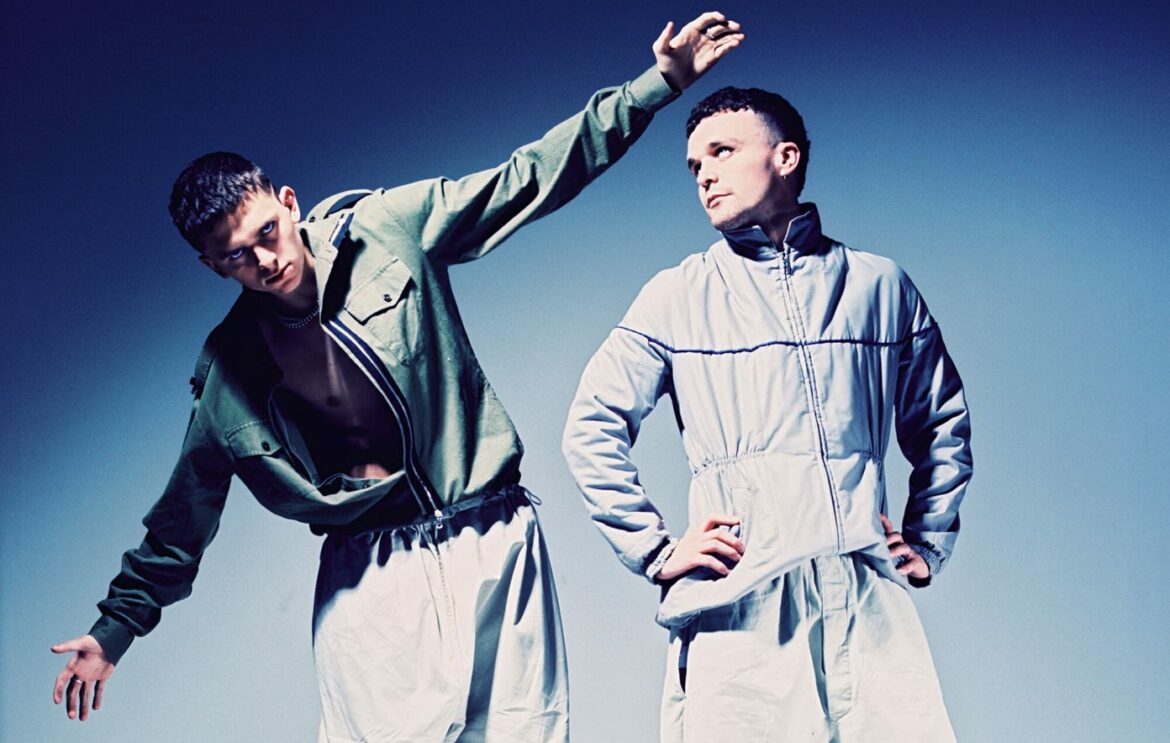 Each week in Next Noise, we go deep on the rising talent ready to become your new favourite artist. The Glastonbury duo hit up arenas with Glass Animals earlier this year and now, with a banging new mixtape in tow, they look set to become one of the festival season’s breakout live prospects. Words: Max Pilley

As Archie Blagden and Josh Greacen waited to step out onto the stage at Chicago’s Credit Union 1 Arena last month, they could have been forgiven for allowing themselves a moment to savour it. Having landed a support slot with Glass Animals on their recent US tour, 8,000 people were waiting for them on the other side of the curtain; as of only two weeks earlier, this pair of producers and songwriters from Glastonbury, Somerset had only ever played three gigs together.

Sad Night Dynamite had only formed in the first place so that they could perform live. Blagden and Greacen were looking for an excuse to translate their fledgling studio careers into a live environment, and in late 2019, the duo solidified the project and set about recording the tracks that would make up their debut self-titled mixtape, released in early 2021. By then, of course, playing live had become impossible.

What happened instead was that Sad Night Dynamite’s elegant blend of slick, nocturnal hip-hop-flavoured instrumentals and hooky, sweet vocal melodies began to garner rapid momentum online, quickly earning them fans such as FKA twigs and Gorillaz.