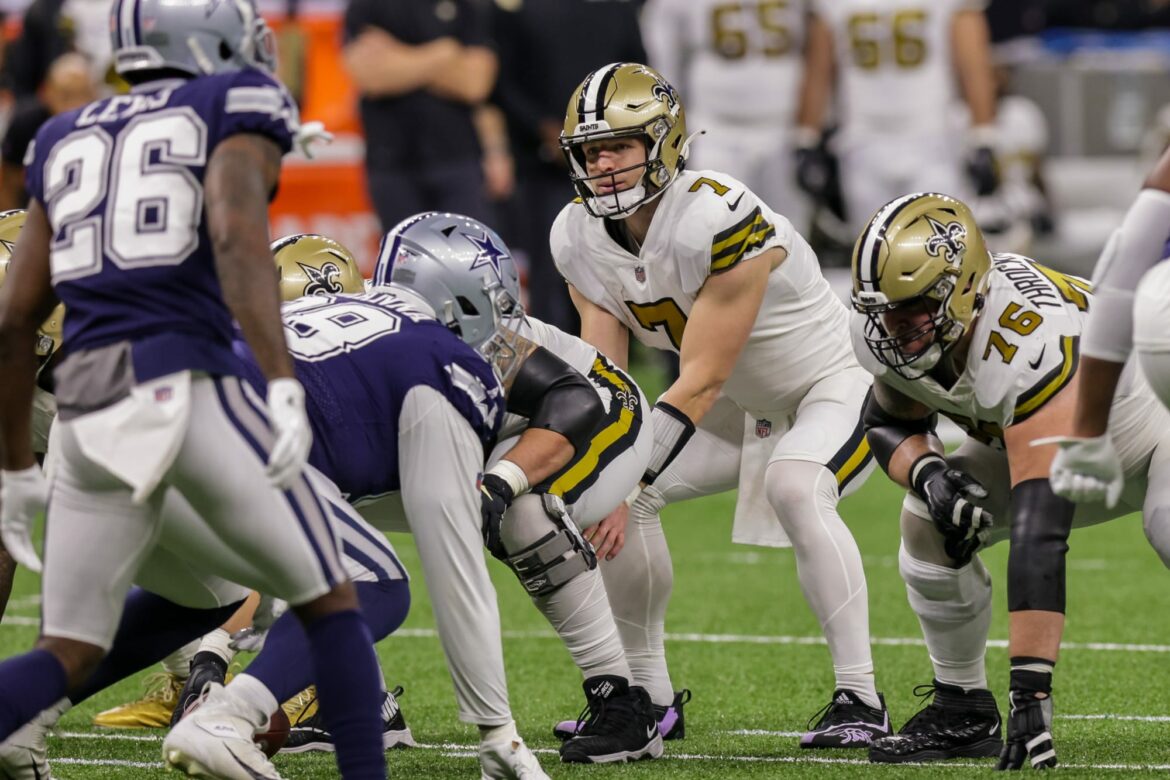 The New Orleans Saints thought they had the first down against the Cowboys but, instead, the refs made one of the worst calls in NFL history.

Missing Alvin Kamara, their two starting offensive tackles, and many others, the New Orleans Saints were already behind the 8-ball against the Cowboys on Thursday Night Football. The last thing they needed was an awfully officiated game to cost them even more of an opportunity.

That was apparently too much to ask for from the Saints.

Midway through the third quarter trailing by only three points, Taysom Hill dropped back to pass. There was a blitz coming from Dallas but it was picked up late in the backfield with what appeared to be a good block that fans have seen 1,000 times watching football and Hill completed a pass for the first down.

However, the refs flagged the block, beyond belief, as a blindside block, which negated the first down and backed the Saints up 11 yards.

Saints get totally screwed by refs on blindside block call

What exactly is the proper play in that situation? That legitimately looks like every blitz or block pickup in the pocket that I’ve ever seen.

Not surprisingly, fans of the Saints — or just the NFL at large — couldn’t believe how bad of a call that was.

That call was awful My goodness.

Blindside Block? Have these refs ever watched how an RB/FB picks up a block?

Even worse, the bad call proved to be extremely costly for New Orleans. That forced them into first-and-21 and they weren’t able to pick up the first down, which then gave the Cowboys good field position and eventually set up a long Dallas score.

It’s hard to point to one play as being that costly — but when the call is that bad, it’s hard not to put some of the blame on it as well.