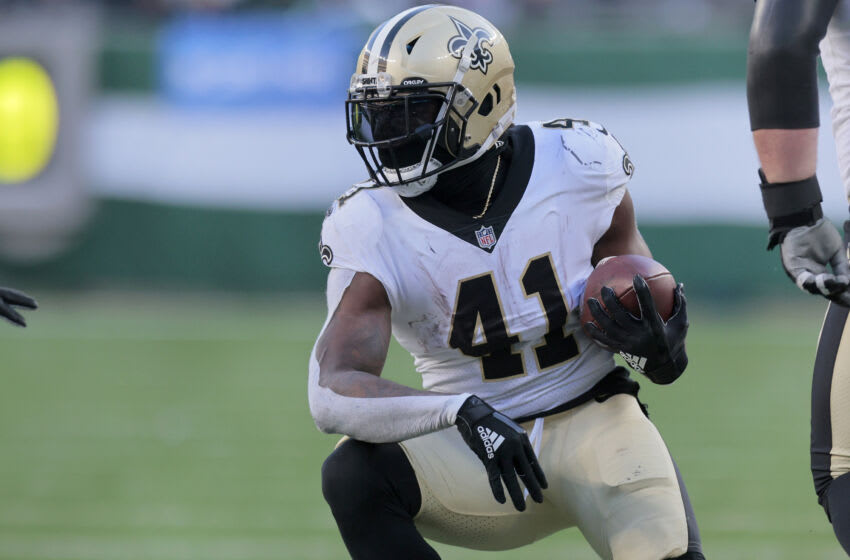 The New Orleans Saints will be without starting quarterback Taysom Hill on Monday vs. Miami and Alvin Kamara is one player away from taking snaps.

Heading into the Monday Night Football showdown with the Miami Dolphins, things just got incredibly complicated for the New Orleans Saints. That’s because starting quarterback Taysom Hill is out due to COVID protocols, while backup Trevor Siemian also won’t suit up.

That now has former Notre Dame QB Ian Book as the starter for New Orleans. So, what happens if Book isn’t able to go to? Then Alvin Kamara will be the one taking snaps. We’re not making that up, folks.

Alvin Kamara could end up seeing plenty of QB action vs. Miami

This truly is wild. If Book does go down, we could see New Orleans running plenty of Wildcat formations with Kamara taking charge of the offense. Sean Payton surely isn’t hoping that ends up happening, though.

At the same time, you already know that Kamara is a gamer, so he’ll be ready for whatever is needed of him on the field.

It really has been a strange year for the Saints in terms of their quarterbacks. Jameis Winston won the job during camp and he was ready to make plenty of noise for the squad. Unfortunately for him, he suffered a torn ACL early on in the year.

With Hill injured, Siemian saw some action, but then had to take a backseat once Hill returned. Hill has helped the Saints post a 7-7 record. The team is in the NFC Wild Card hunt, but they’ve got to record some keys wins down the stretch. Book and Kamara will need to try and work some magic for the MNF showdown, no doubt about that.