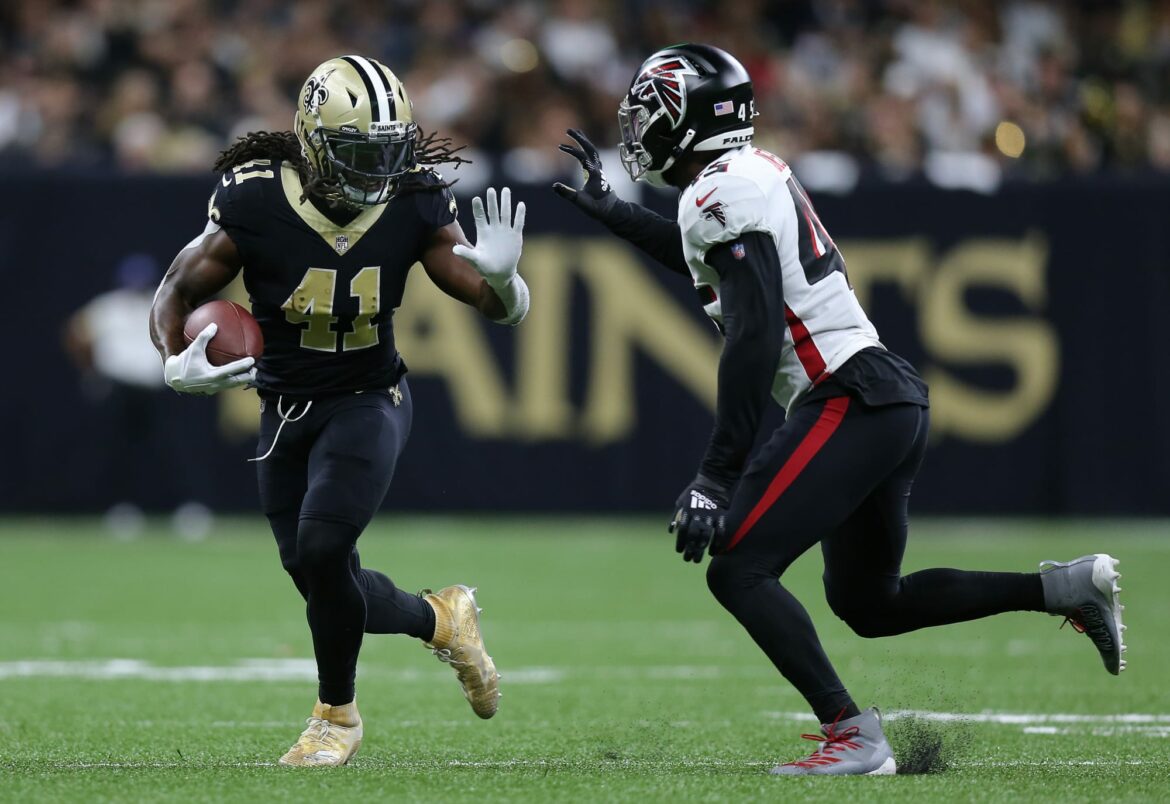 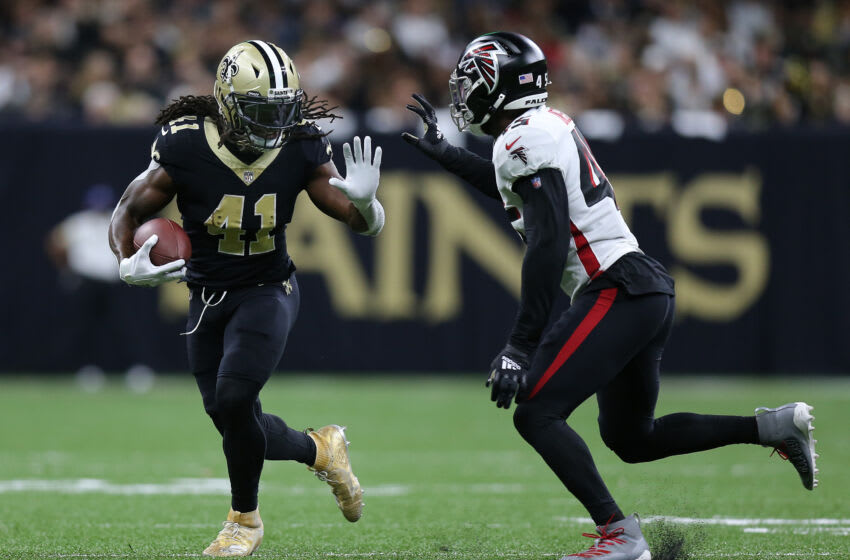 NEW ORLEANS, LOUISIANA – NOVEMBER 07: Alvin Kamara #41 of the New Orleans Saints runs the ball while defended by Deion Jones #45 of the Atlanta Falcons during the third quarter at Caesars Superdome on November 07, 2021 in New Orleans, Louisiana. (Photo by Jonathan Bachman/Getty Images)

The New Orleans Saints are going to be without several key players for the Thursday Night Football showdown against the Dallas Cowboys.

Folks across the country can’t wait for the exciting showdown on the way between the Dallas Cowboys and New Orleans Saints. This Thursday Night Football battle could be one to remember, but the Saints really are going to be shorthanded.

According to NFL insider Ian Rapoport, multiple guys won’t be able to suit up, including star running back Alvin Kamara. This means there will be even more pressure on quarterback Taysom Hill to try and power the offense.

The #Saints won’t have star RB Alvin Kamara (knee), OT Ryan Ramczyk (knee) or OT Terron Armstead (knee) for tonight vs. #Cowboys, sources tell me and @SlaterNFL. They are out. Short-handed again.

On top of Kamara, offensive tackles Ryan Ramczyk and Terron Armstead will also be off the field for this matchup due to their knee injuries. With Kamara ruled out, Mark Ingram will be getting the start at running back.

Both Kamara and Ingram missed the Thanksgiving night showdown against the Buffalo Bills. With them out, Trevor Siemian and Tony Jones Jr. were the ones to lead the way offensively for New Orleans. How’d that turn out? The Saints lost 31-6, Siemian tossed for 163 yards and Jones finished with 27 yards on 16 carries. Woof.

Now, things are only going to get more difficult for New Orleans with Dallas in town. While the Cowboys have lost back-to-back games, their offense is getting back both Amari Cooper and CeeDee Lamb. That’s of course welcome news for Dak Prescott.

Come Thursday night, Ingram and Hill will hope to keep Dallas’ losing ways going. With Kamara out of action, though, it really will make things tougher for New Orleans. We’ll find out soon enough if they can overcome some adversity to pull off an upset.