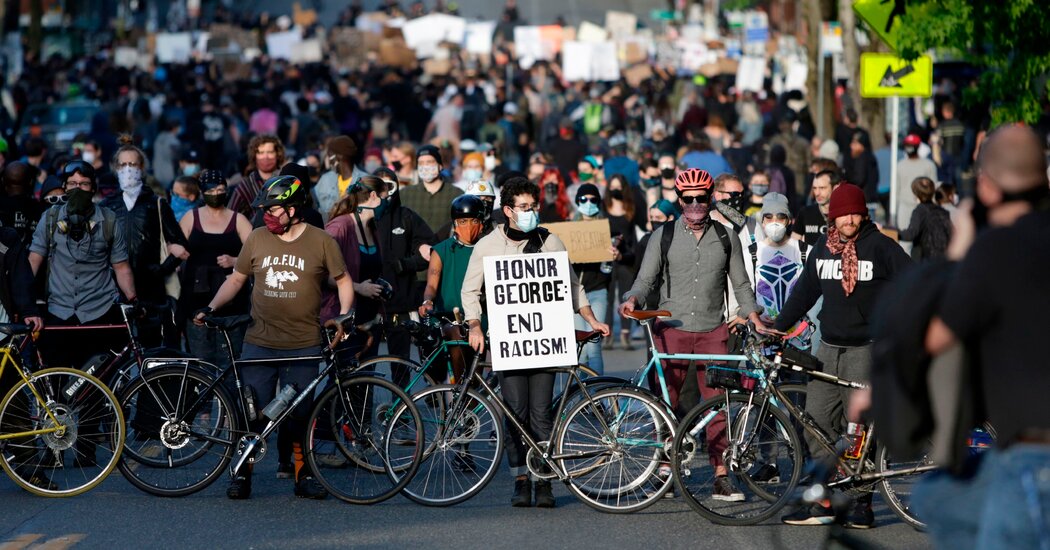 “The law and the public education around creating the law helped change behaviors and norms,” Mr. McDermott said. “And 30 years later it’s essential that we do re-evaluate our intended purposes when we adopted the helmet law and the unintended consequences of having it in place.”

Helmet use in the city is as high as 91 percent among private bike riders, according to one study. In nearby Portland, Ore., advocates for repeal noted, use is similarly high, despite the fact that the city does not have an all-ages helmet law.

But Mr. McDermott said he doubted that those disparities accounted for the extent of the disproportionate enforcement of the rule. And he said the county could address the disparities without policing: The county recently budgeted more than $200,000 to buy helmets and expand education on bike safety.

Across the country, other kinds of biking regulations have also been found to be enforced in discriminatory ways.

In Chicago, a study found that tickets were issued to cyclists eight times more often in majority-Black parts of the city. An investigation by the U.S. Department of Justice found that 73 percent of bicycle stops in Tampa, Fla., between 2014 and 2015 involved Black cyclists, despite the fact that Black people made up 26 percent of the population.

“The data revealed that the stops did not reduce crime or produce any other positive outcome,” such as reducing bike crashes or injuries, the report said.

“The best investments to keep people safe while riding bikes is creating safe streets, safer transportation systems,” said Bill Nesper, director of the League of American Bicyclists. “Those are the types of investments that are going to keep people walking and biking safest in our communities, instead of investing in laws like this that could be a barrier to people riding bikes and that may be enforced in a discretionary and discriminatory way.”