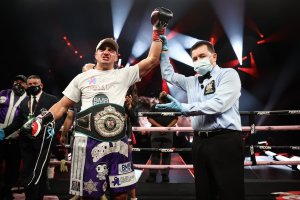 The American veteran was in the second defense of his belt, which he won in June 2019 against the renowned Zab Judah. The 35-year-old puncher’s superiority was evident from the first minute, although there was a brave Brazilian who stood up to him.

The fight had good exchanges, but Seldin looked with more conviction and connected the best punches to tip the balance to his side. In the seventh round, he landed a straight right to Silva’s chin, followed by a left hook and another straight right that hit the same area of the challenger’s face. Silva fell to the canvas and received the count from the third man on the ring without being able to get up.

The knockout was decreed in favor of Seldin, who was the featured fighter of the event staged by Lou DiBella at the Brooklyn Nets arena and closed the action with a golden touch due to his knockout.