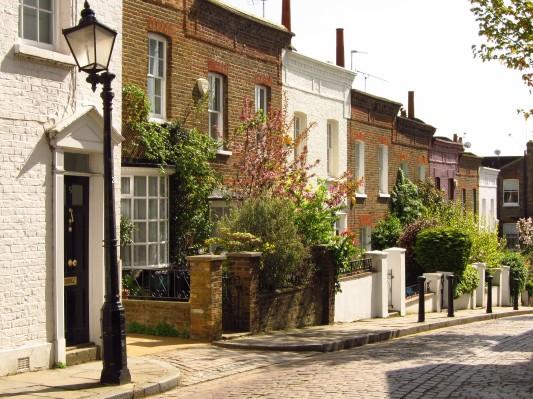 For many of us, our home is by far our biggest asset, and in the world of fintech, that’s led to a logical extension: when you need money, borrow against that biggest asset. Today, a London fintech called Selina, which provides flexible capital to consumers on five-year terms against up to 85% of the value of their homes — so-called Home Equity Line of Credit (HELOC) loans — is announcing $150 million in funding on the heels of making $100 million in loans out to homeowners.

The Series B equity portion of $35 million is being led by Lightrock, with previous backers Picus Capital and Global Founders Capital also participating. (The latter two firms are tied in part to the Samwer brothers, who also built the Rocket Internet e-commerce incubator in Berlin.) The remaining $115 million is coming in the form of debt from Goldman Sachs and GGC. Hubert Fenwick, the CEO who co-founded the company with COO Leonard Benning, said Selina is not disclosing its valuation with this round but a source said it is based on standard Series B dilution it works out to around $140 million.

Selina plans to use the funding to continue expanding its business in the U.K. before considering how to tackle other markets in Europe, which Fenwick called “white space” because of how nascent the HELOC market is there; and to launch more products around its loans business, including a credit card that it will launch this year, which will draw down funds from a customer’s loan to make the funds more accessible.

The U.K. market is ready to be taken and the size is massive,” Fenwick said, estimating the potential asset base for homes in the country at $30 billion. “We need quite a war chest to unlock that, so we think the cash flows will support the U.K. business very quickly, but we also need capital to grow into international markets.”

When we last covered Selina, in July 2020, the company was breaking new ground in the U.K.  just raised $53 million to provide its HELOC service to SMBs, not individual consumers. Fenwick tells me that consumers were always in its sights, but the company needed to secure regulatory clearance first.

“The real opportunity was consumers,” he said. That happened at the end of 2020, and now 90% of Selina’s business is consumer lending, he said.

In both cases, the gap in the market is the same: people who need capital for a large project, say a building renovation or for educational purposes, might otherwise apply for a loan from a bank, or they might refinance their homes to pick up some extra liquidity. Selina’s HELOC approach differs from these in part because of the speed at which its loans are approved — the money can be available as quickly as in 24 hours — and the fact that the funds are doled out as needed, meaning consumers are only paying interest on the part they eventually drawn down.

These might be seen as competitive with mortgage refinancing, but in fact Fenwick said that the opposite is the case: banks are strong partners for Selina, because they are always on the lookout for ways to keep customers from churning from their mortgages, and refinancing to get some liquidity is often one way that their customers churn. Offering those customers a HLOC is one way to keep them from touching their mortgages. But it’s not an area that the banks would necessarily touch themselves, he said.

“The HELOC is the preserve of specialist lenders marrying credit card-type charges with mortgage lending security,” Fenwick said. “You have to manage the liquidity in a different way. The primary mortgage market is much bigger, so banks would rather partner with smaller companies and retain the mortgage customer [as is] rather than enter a new market.”

Fenwick notes that Selina typically is crunching a mixture of its own data and that of third parties to determine a person’s eligibility for a loan and to run different aspects of the business, and that data science creates another barrier to entry for others to compete. “Our algorithms are proprietary and specialized for the lending we do,” he said. “The stack is very long.”

Selina works out that because you are only charged interest as you draw down funds, the rates you pay back each month will not be as high as someone borrowing and drawing down a lump sum. One comparative chart on a £50,000 loan shows how it works:

HELOCs are relatively commonplace in the U.S., Fenwick points out, where it’s estimated to be a $150 billion market, with some of the bigger names in the space including Blend (which is now public), Noah and Hometap. The approach is a relatively new one in the U.K., although Fenwick believes that this will likely (and rapidly) evolve not just because HELOC businesses like Selina’s are being given the green light, but because of the ubiquity of home ownership; and the fact that more people, as they move around less due to the pandemic, have turned their attention to spending bigger amounts on things like home renovations or less-frequent but much bigger vacations.

“Historically, homeowners across the U.K. have been underserved when it comes to accessing wealth created from their largest asset – their home,” said Ash Puri, growth investor at Lightrock, in a statement. “The team at Selina have achieved impressive growth with over $100 million in loans issued since founding in 2019. Lightrock is delighted to be backing such an innovative team and looks forward to supporting Selina as it disrupts traditionally inflexible lenders.”

“Selina Finance’s HELOC product is innovative, and bridges the gap between the consumer credit and mortgage markets,” added Anna Montvai, executive director at Goldman Sachs. “We are excited to support the Selina Finance team in the growth of their business and loan portfolio.“