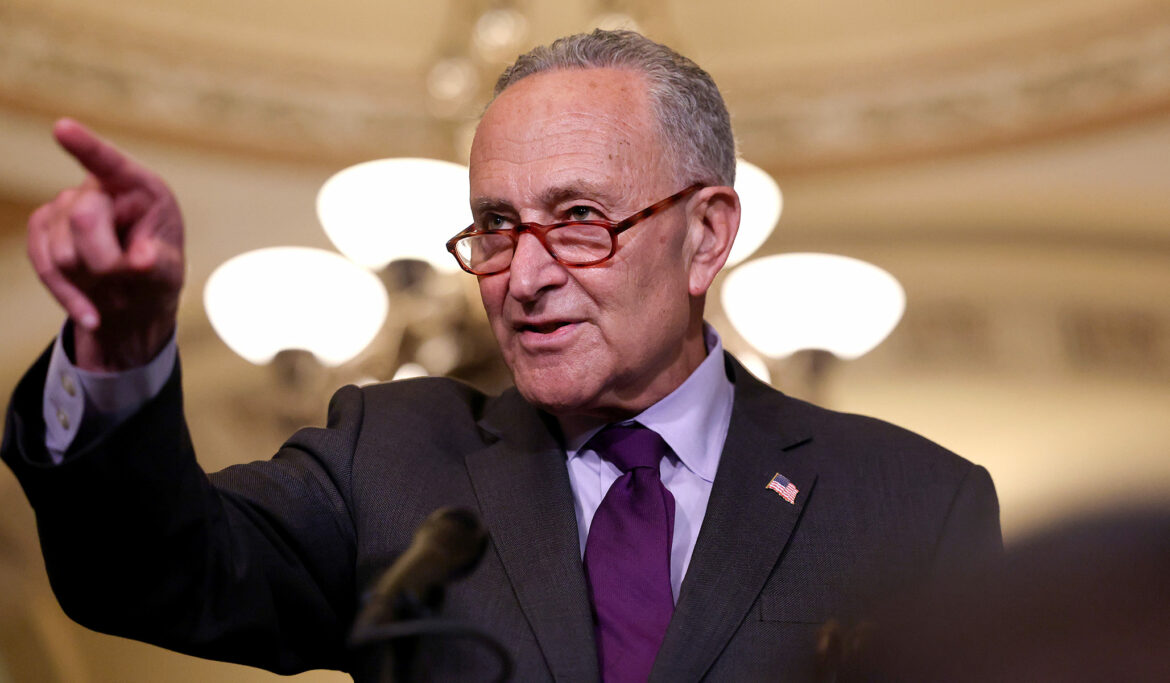 The Senate on Thursday passed a two-month funding bill that would avert a government shutdown and keep federal agencies open until December 3 without suspending the debt limit.

The “clean” bill passed by a 65-35 vote three days after Senate Republicans blocked a key procedural vote to advance a House-passed short-term government funding bill that would have suspended the debt limit until December 2022. The House is expected to follow suit later in the day on Thursday.

Ahead of the first vote earlier this week, Senate Minority Leader Mitch McConnell (R., Ky.) demanded that Democrats use the reconciliation process to pass a debt-limit increase without Republican votes.

“Let me make it abundantly clear one more time: We will support a clean continuing resolution that will prevent a government shutdown … We will not provide Republican votes for raising the debt limit,” he said at the time.

The new “clean” funding bill will head to the House where it must be approved and sent to President Biden for his signature before the end of Thursday, when funding for federal agencies runs out, in order to avoid a government shutdown.

Democrats had sought to include a debt limit increase in the funding bill as the Treasury Department has warned the debt limit will be breached sometime next month if it’s not lifted.

While Republicans have demanded that Democrats pass the debt limit increase on their own and accept the political heat for the vote, Democrats have said they do not want to set a precedent in which only one party is responsible for funding the country’s bills.

The pair noted that many Republicans supported the measure and that then-President Donald Trump signed it into law.

The bill includes billions of dollars in disaster relief for recent storms and wildfires. It also sets aside money to assist evacuees after the U.S. withdrawal from Afghanistan.