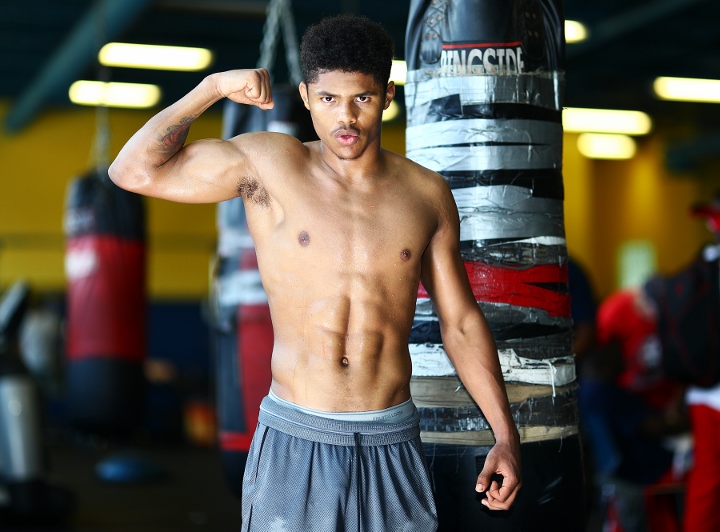 For the most part, Shakur Stevenson’s career has been on cruise control. The former 2016 Olympic silver medalist and two-division world titlist has made quick and easy work of his 17 career opponents.

Yet, even with the relative ease in which he’s picked up his victories, the 24-year-old knows that he’ll soon be in a dog fight. The WBO super featherweight champion will come face to face with current WBC belt holder, Oscar Valdez, on April 30th, at the MGM Grand Garden Arena in Las Vegas, Nevada.

Presently, Stevenson finds himself as a sizable favorite with several sportsbooks listing him as high as 4-1. With that said, regardless of the betting world hitching their wagons to his coattails, Stevenson isn’t overlooking his well-decorated opponent.

“He’s a great fighter,” said Stevenson during an interview with Stamina For Sale. “He never lost before. You have to pay respect to Valdez. You’re in there with a live dog.”

Valdez, of course, is no stranger to his current underdog status. Just last year, the 31-year-old listened closely as most sided with Miguel Berchelt during their February 2021, showdown. Despite the dubious voices, Valdez went on to violently rip away Berchelt’s WBC 130-pound crown via 10th round stoppage.

As Valdez has been busy racking up the wins, so too has Stevenson. He closed out his 2021 with a one-sided unanimous decision victory over former Marine Jamel Herring. In the process, Stevenson truncated his WBO title reign and began his own.

With Stevenson vs. Valdez inching closer and closer, the crafty and slick southpaw is upping his work rate in training camp. Winning Valdez’s WBC title is the main objective but to do so in commanding fashion, is the ultimate goal.