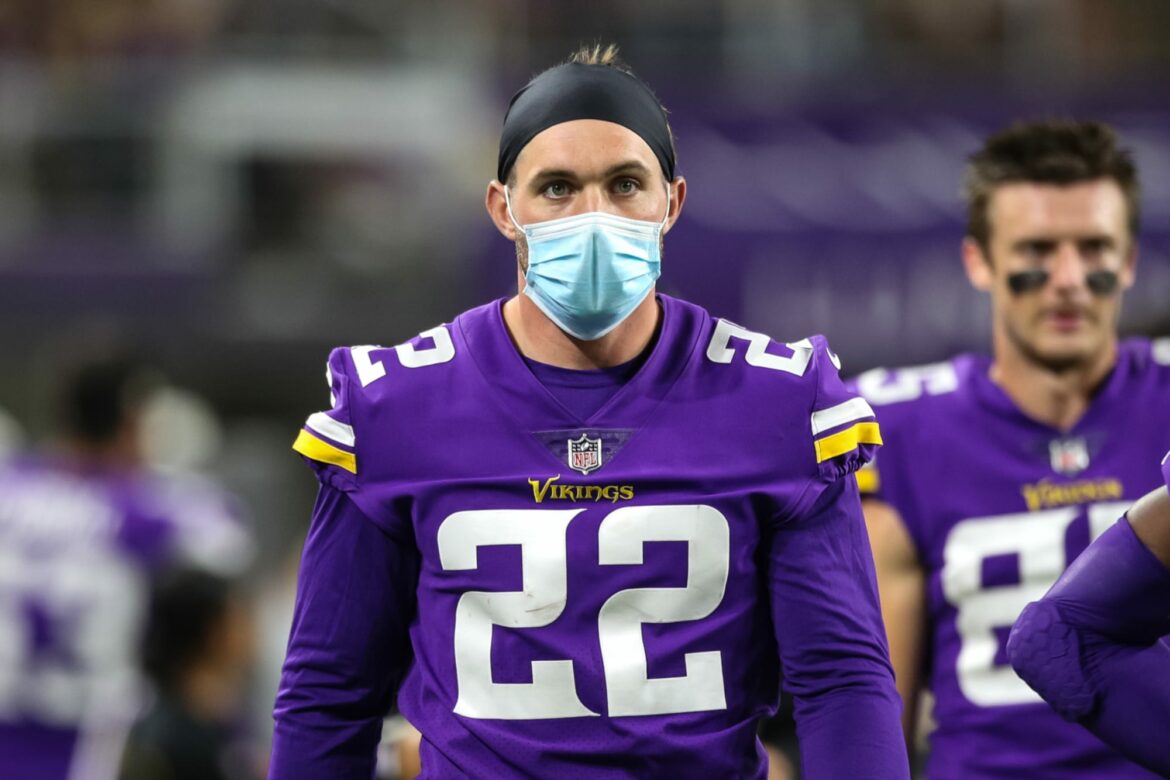 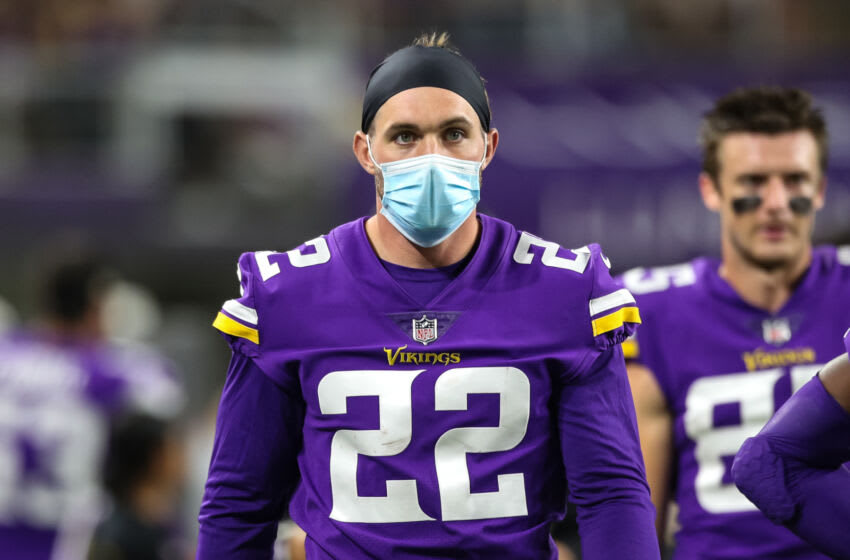 MINNEAPOLIS, MN – AUGUST 21: Harrison Smith #22 of the Minnesota Vikings looks on from the sidelines in the third quarter of a preseason game against the Indianapolis Colts at U.S. Bank Stadium on August 21, 2021 in Minneapolis, Minnesota. The Colts defeated the Vikings 12-10. (Photo by David Berding/Getty Images)

Dallas Cowboys fans are yelling loudly for Minnesota Vikings defensive back Harrison Smith to be suspended after it looked like he choked CeeDee Lamb.

The Week 8 showdown between the Dallas Cowboys and Minnesota Vikings sure featured plenty of drama. Nothing was more eye-opening, however, than a play between Harrison Smith and CeeDee Lamb.

On a trick play, Lamb hauled in a 35-yard pass from fellow wideout Cedric Wilson. At the end of things, Lamb was tackled by Smith, but the two stayed on the ground and it sure looks like Smith starting choking Lamb while he was laying on the turf. Dallas has since said they’re sending video of the play to the league so it can be reviewed.

Cowboys WR CeeDee Lamb said during game Sunday in reference to Vikings S Harrison Smith: “This man was choking the (expletive) out of me while I’m on the sideline.” Video of play and comment via @dallascowboys. No flag from official. pic.twitter.com/ztu0r7tN2R

Head coach Mike McCarthy and Lamb aren’t the only ones upset with Smith right now, as countless Dallas supporters are blasting the veteran safety for what sure looks to be a dirty play. As you can see in the video above, Lamb was desperately trying to get free of Smith.

Once Lamb got to the sidelines, he told teammates that Smith was, ‘choking the life out of me on the sideline.’ This really isn’t a great look for Smith. Once the NFL does review things, he can most definitely expect his checking account to take a bit of a hit.

What about a suspension here for Smith? If you ask people in Arlington, they’d love to see Smith out of action for 1-2 games. Ask that same question in the Twin Cities, and others will say a fine is more than enough in this case. Things really could go either way, but it’s looking like a fine at minimum is coming for the Minnesota player.