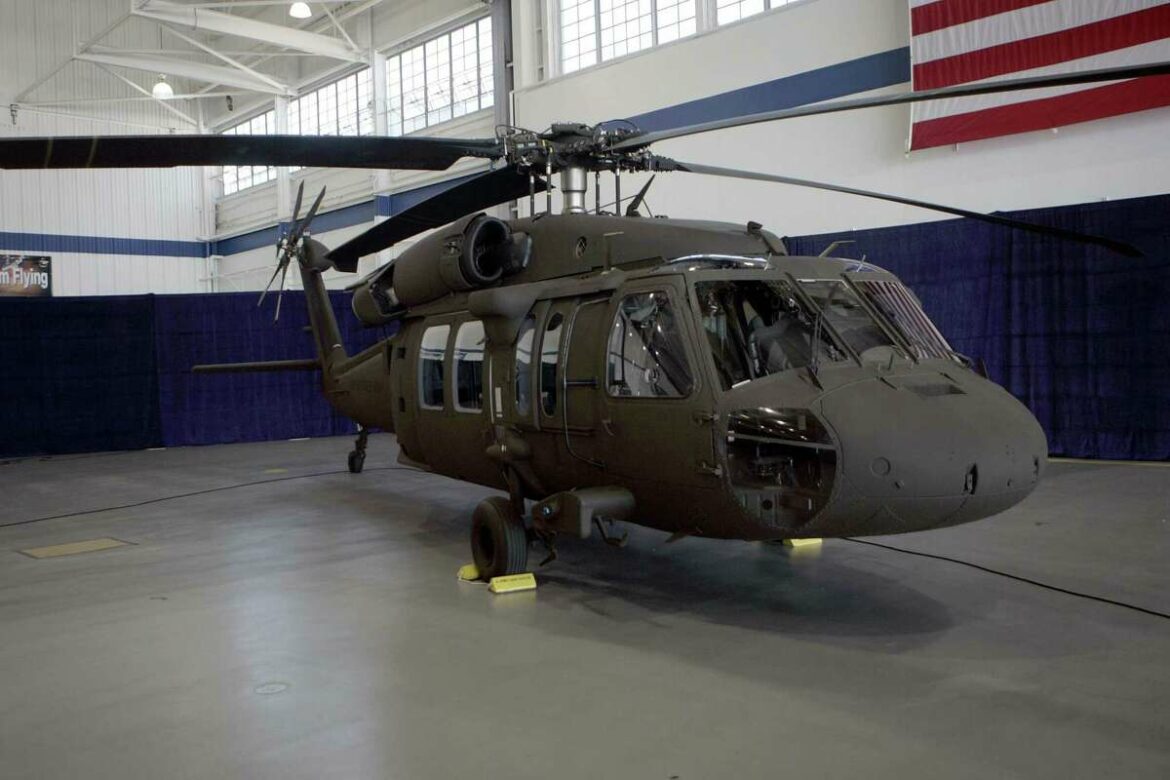 Two Black Hawk helicopters built by Stratford-based Sikorsky crashed within a few hundred yards of a Utah resort Tuesday morning during a training exercise, as skiers on a nearby lift watched a huge cloud of snow billow into the air.

Authorities did not immediately state any possible causes for the crashes, which left no crew members hurt, according to the Utah National Guard. An ABC4 News journalist reported on Twitter that the rotor blade on one helicopter struck the tail of the other, with a pilot having warned of whiteout conditions during a “mayday” distress call.

None of men and women aboard the helicopter or the dozens of skiers nearby were injured, authorities said. Utah National Guard spokesperson Jared Jones said the crash occurred during a standard training exercise on U.S. Forest Service land just outside the boundaries of Snowbird Ski Resort, about 28 miles from Salt Lake City.

“We are aware of the incident and stand ready to support the investigative authorities and our customer,” Britt Rabinovici, a spokesperson for Sikorsky parent company Lockheed Martin, said in a statement Tuesday afternoon to Hearst Connecticut Media. “Safety is our top priority.”

On Tuesday near Mineral Basin, a backside bowl area at the Snowbird Ski Resort about 28 miles from Salt Lake City, the two UH-60 helicopters went down and were left damaged, the Utah National Guard said in a post on Twitter.

Fox 13 News Utah posted on Twitter a short video clip of the helicopters in close proximity to each other, with skiers in the vicinity.

He later saw four crew members in National Guard uniform lugging a stretcher with gear and equipment strapped on.

Joseph Schafer, a 23-year-old from Provo, heard the thud.

When it settled, some could see broken propeller blades in the wreckage of the crash site.

When the dust settled, she saw a flipped Black Hawk in the snow.

And in January in Virginia, a U.S. Navy Knighthawk plowed into a tree line during an emergency landing in a field.

The Black Hawk is the workhorse of the U.S. Army, with the Navy using Seahawk and Knighthawk variants and the U.S. Air Force Pave Hawk helicopters. Sikorsky also supplies the Jayhawk to the U.S. Coast Guard and the White Hawk for use by the White House.

His two daughters said they saw a helicopter’s back propellers break and come off.

He said the sound was “nothing you could ever describe because you never hear it. You’re in the middle of the Wasatch wilderness and it’s a sound you don’t want to hear.”

Sgt. Melody Cutler, a spokesperson for Unified Police Department of Greater Salt Lake, did not immediately have additional details.

“We do train on the edge so that we’re ready for a combat environment anywhere in the world. The crews assume some level of risk. Every time you go fly a helicopter, there’s a little bit of danger involved.