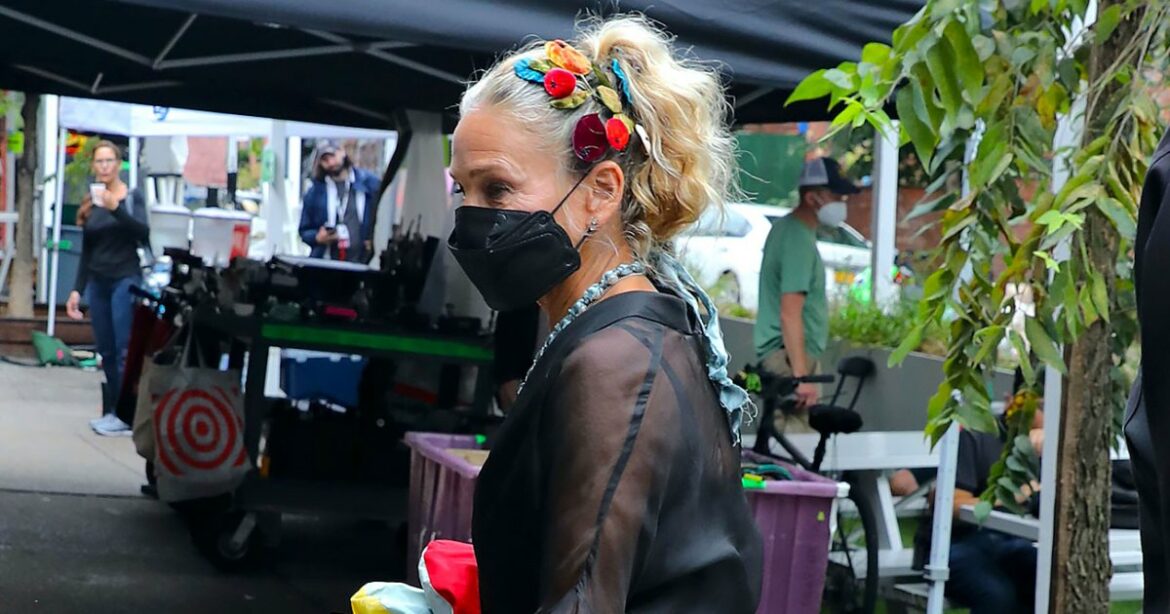 And Just Like That, the Sex and the City revival, has officially started filming in the Big Apple and we couldn’t help but wonder, would Carrie Bradshaw’s fashion be as fabulous as before?

Thankfully, curious minds weren’t left guessing for long. Snaps from set instantly proved that Sarah Jessica Parker will be wearing the same caliber of fabulously chic and delightfully out-of-the-box outfits that have become synonymous with the original series.

While the reboot’s opening scene didn’t kick off with Parker dressed in her iconic white tutu or with a pair of Manolo Blahnik pumps, a fist look at filming did prove that Carrie’s closet got a modern day upgrade.

Even though trends have changed since the original series wrapped in 2004, costume designer Molly Rogers has already made it clear that she’ll be repurposing multiple high-fashion pieces from the show’s past.

Filming a scene out on the town, Parker was spotted carrying a purple sequin Fendi bag, aka the baguette bag. True fans will recall that the sparkly accessory was stolen from Carrie in season three of Sex and the City.

Another style nod came to pass on July 19. While strutting down the city streets, Parker looked radiant in a pink ruffle Carolina Herrera dress. While the pop of pink (and Manolo Blahnik pumps!) was all very Carrie, it was Parker’s belt that had eagle-eyed fans freaking out.

The vintage accessory, which is by Streets Ahead, first appeared in the 2008 Sex and the City movie. It features a square panel is covered in silver studs.

Recycled pieces may be restyled in the revival, but rest assured the reboot will certainly see a fair share of new designer duds and vintage finds.

In picture snapped on July 14, Parker looks equal bits quirky and classy in a vintage cream jumpsuit by Claude Montana, which was styled with a silk floral blazer by Dries Van Noten. To up the edge on her attire, the actress accessorized her look with a woven beret.

While there will be many amazing outfits to come, rest assured Stylish will be logging every look, accessory and iconic moment in the making.

So, in anticipation of And Just Like That, which will air on HBO Max, and in honor of Carrie Bradshaw’s always epic style, keep scrolling to get the breakdown on all the gorgeous dresses, stunning shoes and amazing accessories worn on set.