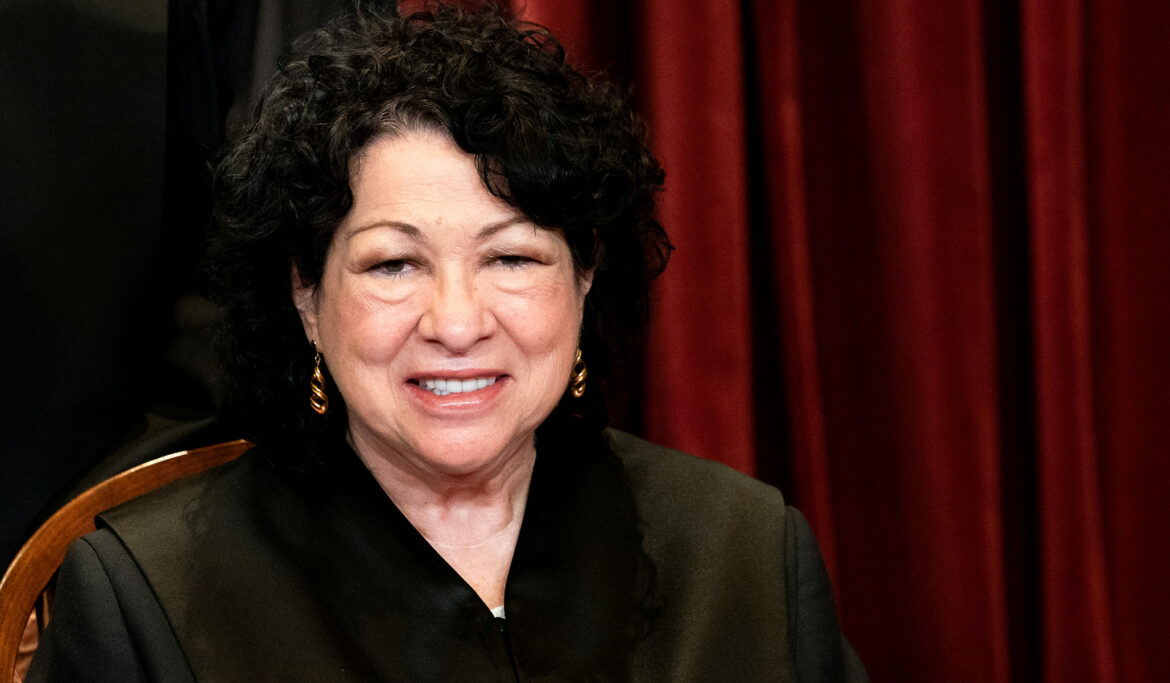 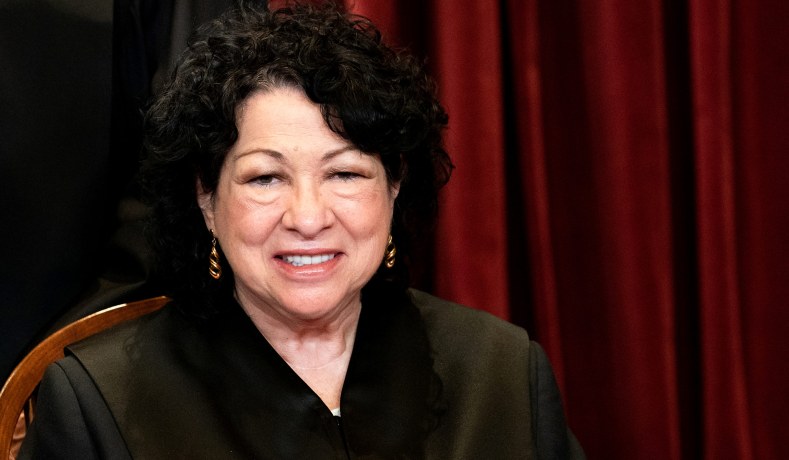 Associate Justice Sonia Sotomayor poses during a group photo of the Justices at the Supreme Court in Washington, D.C., April 23, 2021. (Erin Schaff/Pool via Reuters)

All New York City teachers and school staff members were required to present proof that they have received at least one dose of a COVID-19 vaccine by 5 on Friday, or be placed on unpaid leave on Monday. The mandate was temporarily delayed by a lower court.

Sotomayor’s decision comes over a month after Justice Amy Coney Barrett declined to block a vaccine mandate for students at Indiana University.

Out of 148,000 Department of Education workers, 90 percent had received at least one vaccine dose as of Friday morning, including 93 percent of teachers and 98 percent of principals, according to Mayor Bill de Blasio. City officials have told multiple outlets that there are enough substitute teachers to take the place of teachers who do not get vaccinated.

New York’s Department of Health “has the authority to implement a mandate that is firmly grounded in science and the expertise of public health officials from across the nation,” New York City Department of Education spokeswoman Katie O’Hanlon told the Wall Street Journal.

Lawyers for the plaintiffs who petitioned the Supreme Court argued that the mandate placed an “unconstitutional burden” on DOE employees. The lawyers noted in their petition that other city workers, such as police officers, are given the option of weekly coronavirus testing in place of vaccination.

“When they go on unpaid leave, they can’t work anywhere else,” the four teachers’ attorney, Vinoo P. Varghese, told the Journal. “We’re asking that they be given the same option that police and firefighters are given.”

De Blasio announced that all teachers would need coronavirus vaccinations, with no option for weekly testing, in August after the Food and Drug Administration fully approved the Pfizer-BioNTech COVID-19 vaccine.

That announcement followed a year in which state and local governments across the U.S. struggled to return public-school students to in-person learning amid the coronavirus pandemic. New York City has required all students to come to school in person this fall.