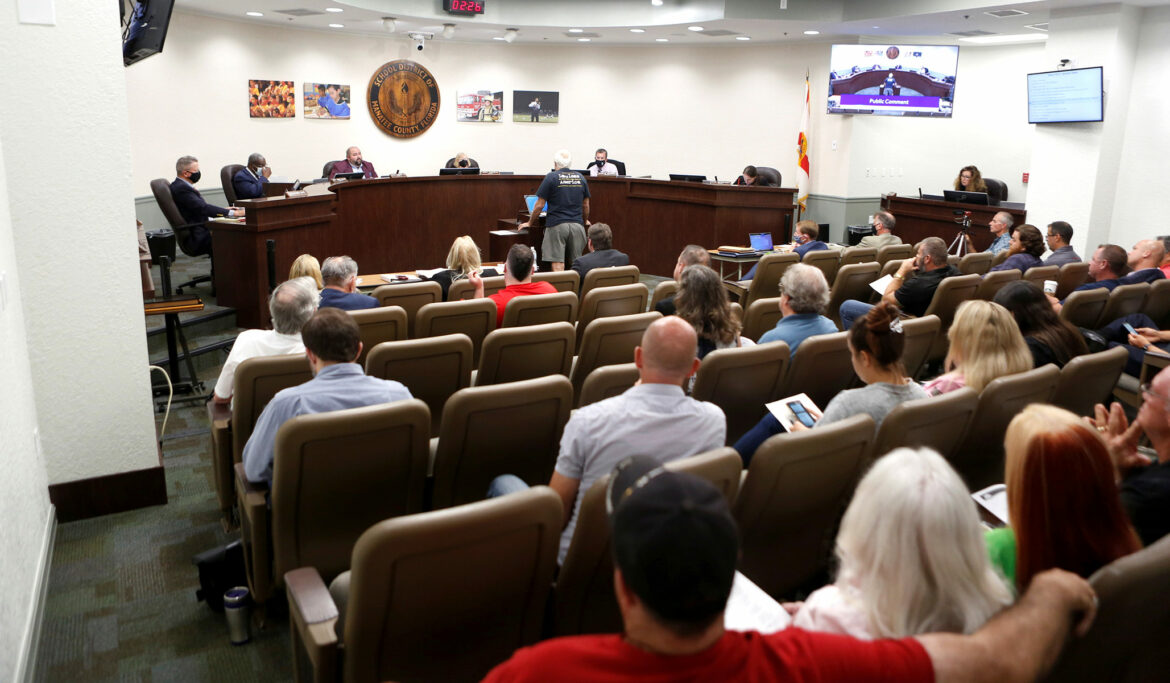 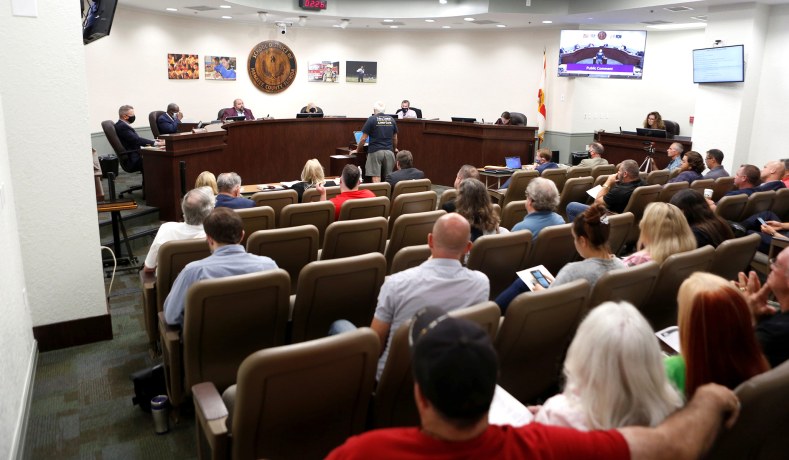 Glen Gibellina, representing “We The People of Manatee County,” speaks during the Manatee County School Board meeting in Bradenton, Fla., September 7, 2021. (Octavio Jones/Reuters)

In the wake of the National School Board Association’s letter to the Biden administration requesting federal intervention to penalize parents who protest at school-board meetings, 23 state chapters have now distanced themselves from the headquarters, and seven have disassociated altogether.

After the New Hampshire, Missouri, Louisiana, Pennsylvania, and Ohio state school-board associations ended their memberships with the NSBA, citing grievances with its decision to engage the Biden administration without first consulting them, South Carolina and Montana followed their example and severed ties Monday.

On November 1 in South Carolina, 35 state lawmakers petitioned for their school-board group chapter to withdraw from the NSBA, a show of force that likely added pressure for the ultimate vote to leave a week later.

“After careful deliberation, the Board voted to withdraw SCSBA’s membership from NSBA effective immediately and request a refund of SCSBA’s 2021–2022 membership dues,” the SCSBA wrote in its membership-termination letter.

The chapter slammed the NSBA for taking insufficient action to remedy the harm inflicted by its letter, which prompted Attorney General Merrick Garland to mobilize the FBI in collaboration with federal law enforcement to probe and potentially prosecute parents founds guilty of “threatening” school administrators.

“Aside from an October 22 letter of apology to state associations, NSBA has taken few steps to mitigate the negative impact of the letter on many states including South Carolina,” the statement added.

The Montana chapter echoed South Carolina’s objections to the headquarter in its departure letter, specifying that it will formally discontinue its partnership next summer rather than immediately. For Montana, the precursor for leaving was the NSBA’s communication with the White House asking the DOJ to investigate parents for criminal infractions in cases where parents criticized curriculum changes and COVID protocols.

“The final straw was a letter written by the interim CEO and NSBA president in September asking President Joe Biden for federal law enforcement assistance to deal with threats of violence and intimidation over COVID-19 requirements at schools,” the MSBA wrote.