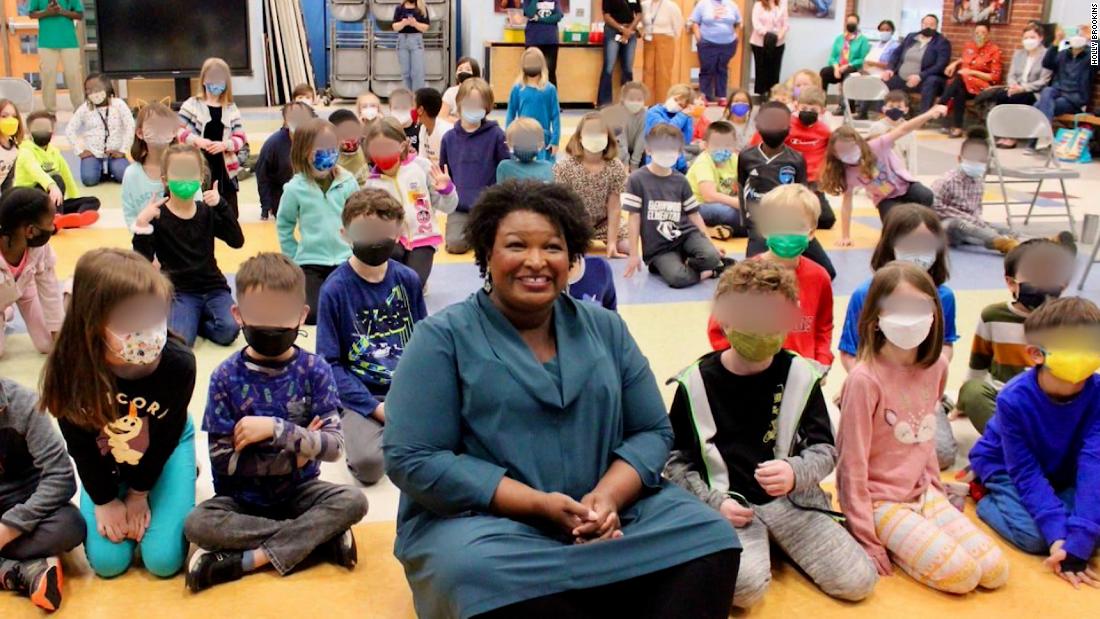 “Protocols matter, and protecting our kids is the most important thing, and anything that can be perceived as undermining that is a mistake, and I apologize,” Abrams said in an interview Tuesday night on CNN’s “Erin Burnett OutFront.”

Abrams was photographed last week, without a mask, seated among students at a Decatur elementary school — all of whom were wearing masks. The photos, which were shared on social media Friday and have since been removed, prompted criticism from Abram’s Republican opponents and others frustrated with masking policies, who called it hypocritical.

Abrams, who had been at the school to take part in an annual African American read-in day, told CNN she had been at the event with her mask on but had removed it because students also were listening remotely and she “wanted all of them to hear me.”

“In the excitement after I finished, because it was so much fun working with those kids, I took a picture — and that was a mistake,” she said.

She later added, “My responsibility in that moment was to explain to those kids why I was doing something they weren’t doing and then as soon as possible to put that mask back on.”

Asked on CNN if she would lift the mask mandates in Georgia’s schools, Abrams said the state is not in a “place where that conversation is ready, because we have one of the lowest vaccination rates in the country.”

“Covid hygiene is going to be a point of debate for a very long time, and we can only follow the science and follow our circumstances,” she said, adding that if elected governor, she would “look at the science, to follow the protocols, and to set the right example.”

“And right now that example is that we wear masks whenever possible. But we recognize we can’t be a hard line about this, because situations change and we have moments where we have to make decisions,” she said.

CNN’s Sarah Fortinsky and Brian Rokus contributed to this report.