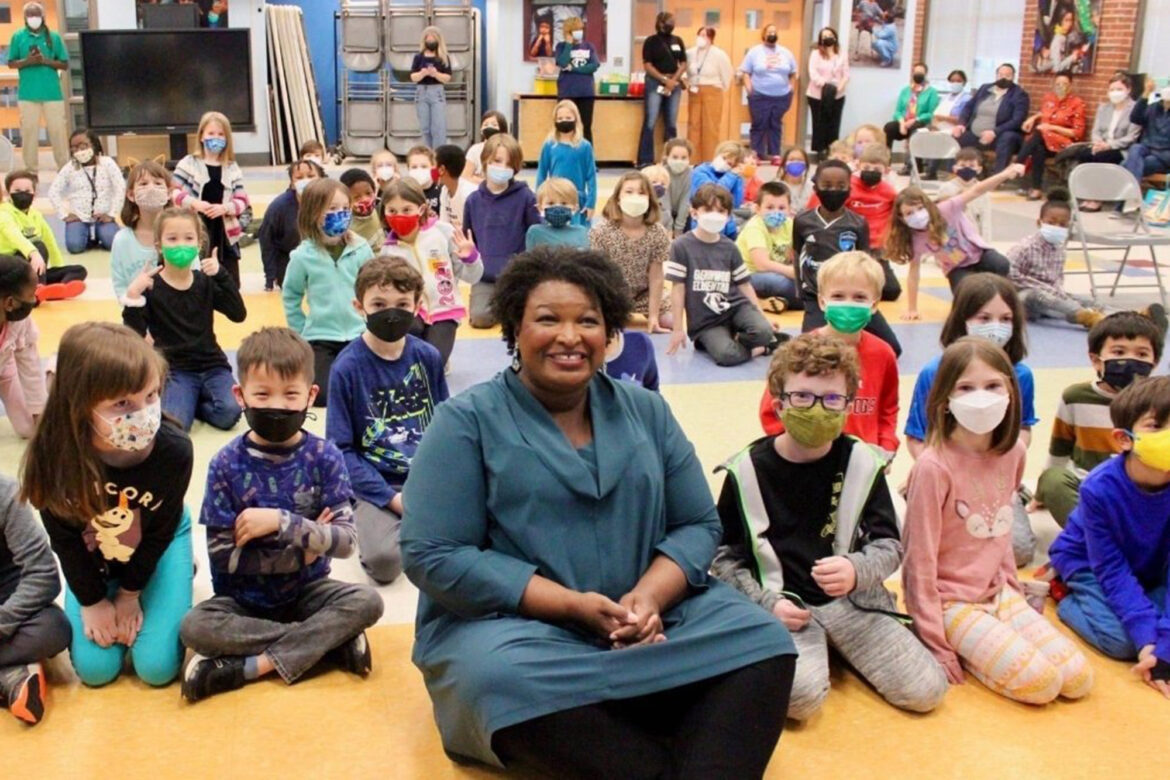 Democratic star and Georgia gubernatorial candidate Stacey Abrams has sparked outrage after tweeting a photo of herself posing indoors with masked-up students — without wearing a mask herself.

Abrams, 48, joins many of her Democratic peers including California Gov. Gavin Newsom and San Francisco Mayor London Breed, who have been seen gallivanting indoors without masks despite supporting strict face-covering mandates.

Not only were the pictured students wearing masks, but all the adults in the room also appeared to be masked.

Abrams’ tweet was later taken down, but users posted pics of the pol answering questions sans mask during a Q&A and posing for more photos without a face covering.

Abrams, who is vaccinated, has been a vocal supporter of mask mandates throughout the pandemic. In July 2020, Abrams slammed Republican Gov. Brian Kemp for his ban on mask mandates, saying it showed “incompetency” and “immorality.”

Kemp’s criticism was one in a chorus of conservatives who said the pictures from Friday were evidence of the Democrat’s “mask hypocrisy.”

“Stacey Abrams wants state government mask mandates for Georgians and their children. But it looks like they wouldn’t apply when she’s attending a photo op,” Gov. Kemp, who beat Abrams in Georgia’s 2018 gubernatorial election and who she is expected to rematch in 2022, wrote on Twitter Saturday evening.

Editor of the National Review Rich Lowry joked on Twitter that Abrams “is a member of the Democratic elite in good standing—mask hypocrisy is practically a status symbol now.”

Conservative commentator Clay Travis wrote, “The number of left-wing politicians who post photos posing without masks while all the kids around them are wearing masks is stunning.”

In a statement posted online Sunday, Abrams’ campaign said “it is shameful that our opponents are using a Black History Month reading event for Georgia children as the impetus for a false political attack.”

The campaign did not say whether Abrams was maskless for the whole event, and did not return an inquiry from The Post asking for more details. 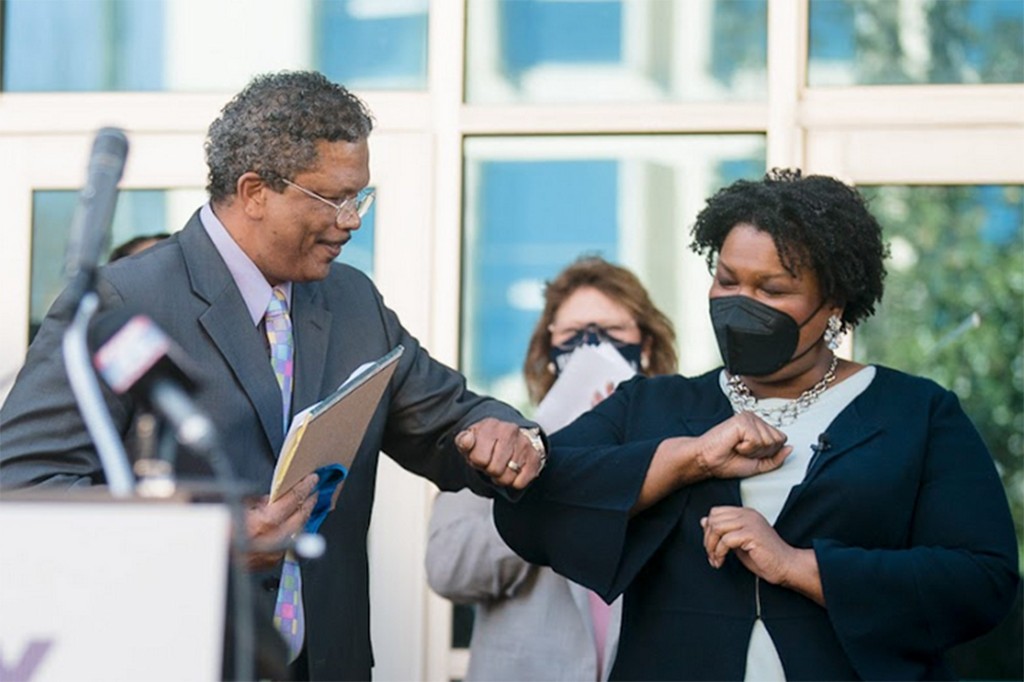 The Georgia nominee has been a supporter of mask mandates since the beginning of COVID-19.Twitter/@staceyabrams

Just last week, Newsom came under fire after posing maskless for a photo during the 49ers-Rams NFL game – defying a local mandate and the LA stadium’s own requirements. The Democratic insisted he was “very judicious” about wearing the mask and only took it off for a photo.

And when both San Francisco Mayor Breed and Los Angeles Mayor Eric Garcetti smiled for a maskless pic with Magic Johnson at the same game, Garcetti claimed he held his breath for the pic, which prevented him from contracting COVID-19.

Breed caused a stir in September, too, when after issuing one of the strictest indoor mask mandates in the state, she was photographed at a city jazz club dancing and singing without a mask.