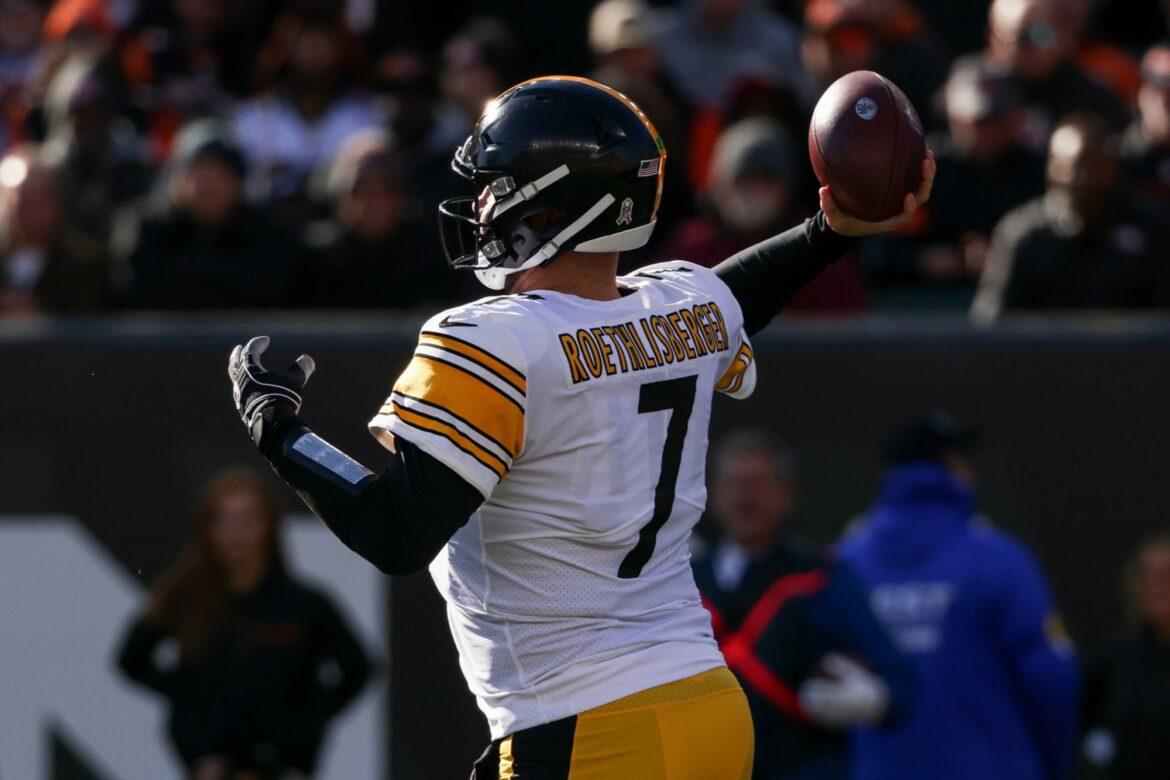 A potential Ben Roethlisberger replacement will skip his bowl game.

Pittsburgh Steelers quarterback Ben Roethlisberger has been the subject of retirement rumors throughout this season. According to Adam Schefter of ESPN, Roethlisberger privately informed some people within the Steelers’ organization that he expects this season to be his final playing quarterback for the franchise:

Ben Roethlisberger privately has told former teammates and some within the organization that he expects this to be his final season playing quarterback for the Steelers, league sources told ESPN.

Roethlisberger directly addressed the report stating, “I haven’t told everybody that.”

Asked about the report he’s telling everyone he’s retiring, Ben Roethlisberger says “I haven’t told everybody that.

Says he’ll address his future after the season. pic.twitter.com/txDScCl3tz

Regardless, the Steelers’ front office will likely be searching for a new starting quarterback this offseason.

The NFL Draft will provide the organization with several appealing options at the quarterback position such as Pittsburgh’s Kenny Pickett and Liberty’s Malik Willis. One dark horse to watch is Nevada’s Carson Strong.

#Nevada QB Carson Strong announces he will enter the 2022 NFL Draft and skip the bowl game.

Good chance we could see Strong at the Senior Bowl. Strong-armed, confident passer. Not the most mobile. Combine medicals might be the most important part of his draft grade.

Strong is not projected to be a first-round pick at the moment. However, certain teams could be higher on Strong than the current consensus, according to Mike Garafolo of NFL Network.

Last night, #Nevada QB Carson Strong set his sights toward the NFL Draft. Not currently seeing many mocks that have him in the first round but I’ve heard some chatter teams are higher on him than those on the outside. So he could be the proverbial climber. Medicals will be big. https://t.co/IHDY6WyixI

Strong is coming off the best season of his college career. In 12 games, he racked up 4,186 passing yards and 36 passing touchdowns, while throwing only eight interceptions. Strong has a strong arm and thrives as a pocket passer. He could be a nice fit in Pittsburgh’s offense.

One of the biggest questions surrounding Strong is his health. He has a history of knee injuries, and his medicals will highly influence his draft stock.

If the Steelers want to target Strong in the NFL Draft, they are well-positioned to acquire him. Right now, the Steelers have the 15th overall pick, which is higher than most mock drafts are projecting Strong to be taken. Additionally, there is a possibility that Strong may still be on the board for their second-round selection.