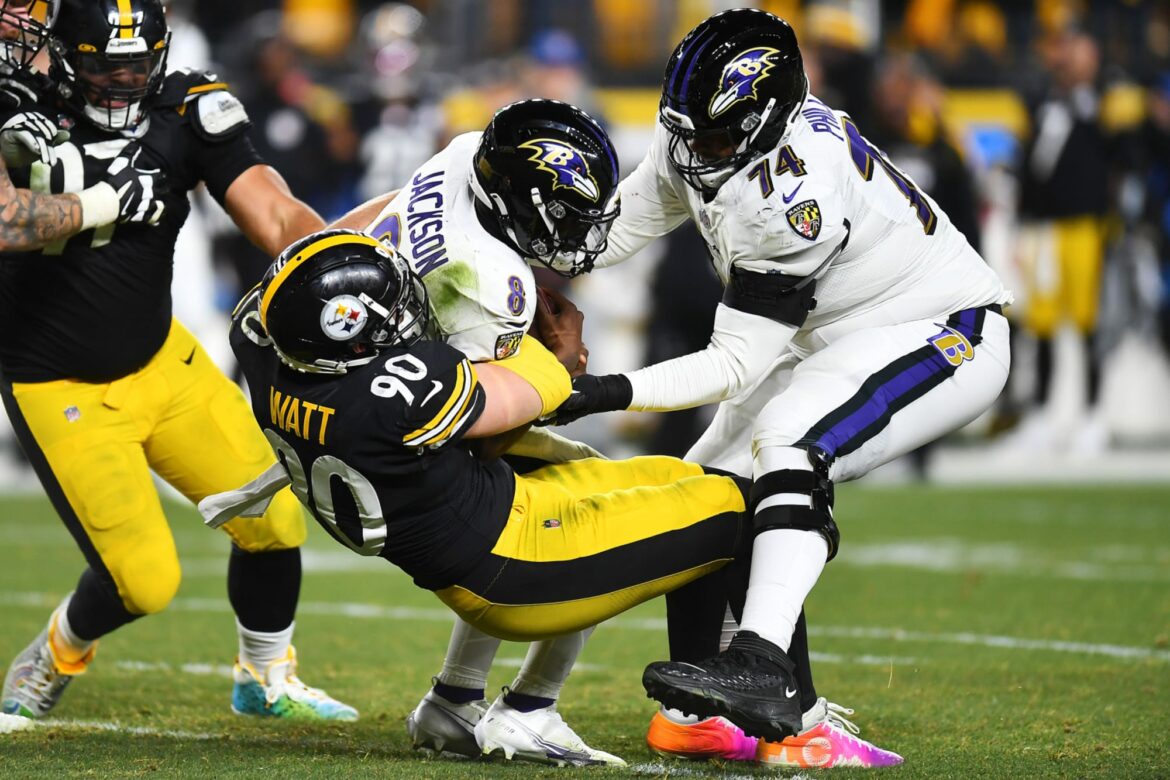 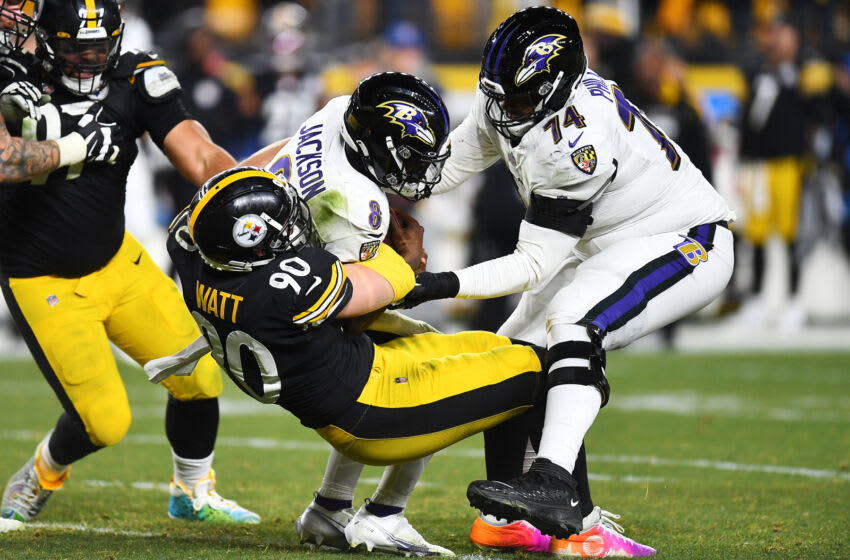 PITTSBURGH, PENNSYLVANIA – DECEMBER 05: T.J. Watt #90 of the Pittsburgh Steelers sacks Lamar Jackson #8 of the Baltimore Ravens during the fourth quarter at Heinz Field on December 05, 2021 in Pittsburgh, Pennsylvania. (Photo by Joe Sargent/Getty Images)

The Pittsburgh Steelers found an unlikely way to get a shocking win as they took down the Baltimore Ravens Sunday. Can they now make the playoffs?

The chances that the Steelers make it aren’t great, but hey, there’s a chance.

The Steelers chances to make the playoffs went up from 9.5% at the start of Sunday to 17.4% after their win against the Ravens, according to FPI.

A loss would have dropped their playoff chances to 3.7%. (Via @ESPNStatsInfo)

There’s an opportunity for the Steelers to make the playoffs, but the path there is going to be difficult. The Steelers will have to get some unlikely wins and they’re not exactly a team that’s built to have a ton of success right now.

Pittsburgh Steelers vs. Baltimore Ravens: Can the Steelers make the playoffs?

While the unlikely win over Baltimore is shocking and does indicate that the Steelers have the ability to upset some pretty good teams, their remaining schedule doesn’t indicate that getting to the playoffs will be a breeze.

Next week, the Steelers have to go to the Minnesota Vikings. Following that, they’ve got a home game against the Tennessee Titans in Week 15. Week 16 features a road game against the Kansas City Chiefs and then Week 17 will have the Steelers playing the Cleveland Browns. To wrap up the regular season, Pittsburgh will face the Ravens in Baltimore.

That’s not a cakewalk. If they can’t find a way to navigate what remains of their schedule, the Steelers’ playoff hopes are done.

But hey, maybe they can make this happen.