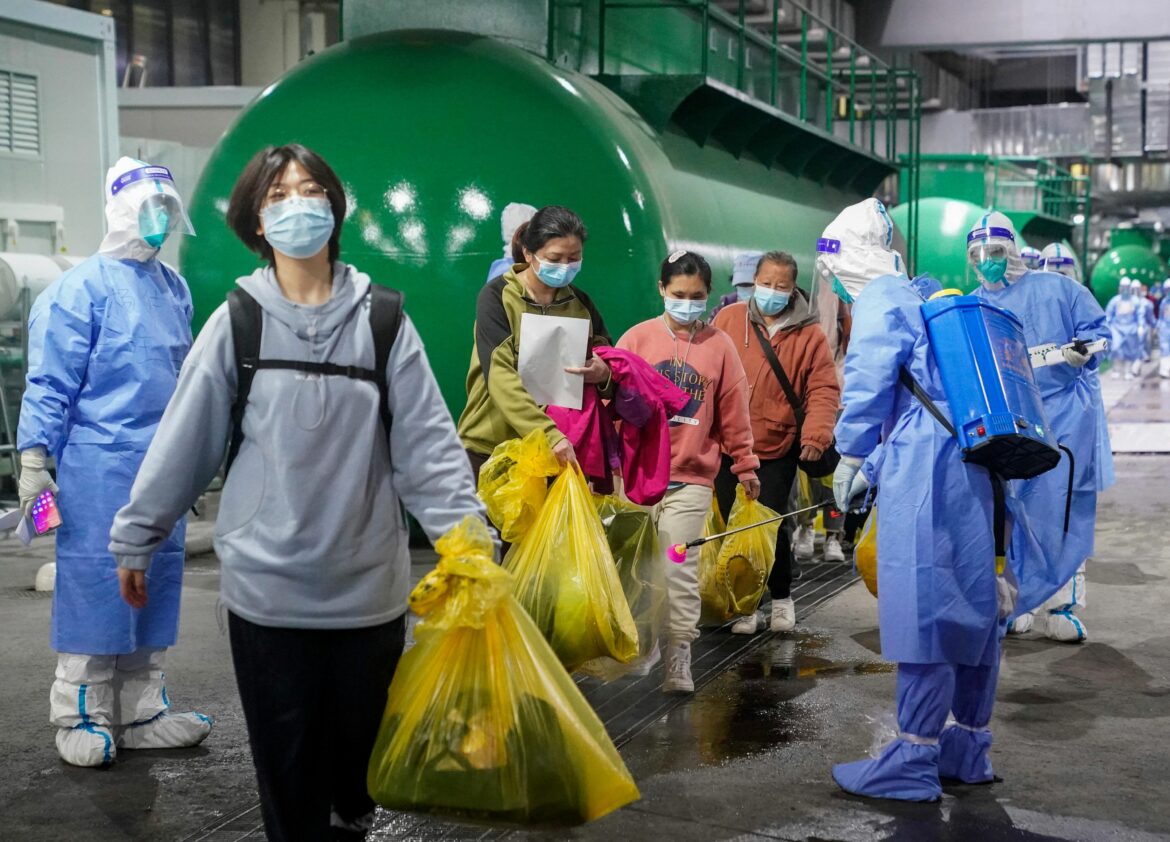 Anti-virus controls that have shut down some of China’s biggest cities and fueled public irritation are spreading as infections rise, hurting a weak economy and prompting warnings of possible global shockwaves.

Shanghai is easing rules that confined most of its 25 million people to their homes after complaints they had trouble getting food. Other cities are cutting off access or closing factories and schools.

Spring planting by Chinese farmers who feed 1.4 billion people might be disrupted, Nomura economists warned Thursday. That could boost demand for imported wheat and other food, pushing up already high global prices.

The closures are an embarrassment to the ruling Communist Party and a setback for official efforts to shore up slumping growth in the world’s second-largest economy. “The logistics crunch is worsening,” they said. “The markets should also be concerned about the delayed spring planting of grain in China.”

A health official warned Wednesday that Shanghai didn’t have the virus under control despite its easing restrictions.

Most people have obeyed despite grumbling about shortages of food, medicine and access to elderly relatives who need help. But videos on the popular Sina Weibo social media service show some trading punches with police.

“We are willing to cooperate with the country,” Chen said. “But we also hope that our lives can be respected.”

Ningde in the southeast barred residents from leaving.

“My wife and I are earning nothing,” Chen said. “We have three children to support.”

All but 13 of China’s 100 biggest cities by economic output are under some form of restrictions, according to Gavekal Dragonomics, a research firm.

“The intensity is increasing,” Gavekal said in a report this week.

The volume of cargo handled by the Shanghai port, the world’s busiest, has fallen 40%, according to an estimate by the European Union Chamber of Commerce in China. Automakers have suspended production due to disruption in deliveries of supplies.

The ruling party’s target is 5.5%. Growth slid to 4% over a year earlier in the final quarter of 2021 after tighter official controls on debt triggered a collapse in home sales and construction, industries that support millions of jobs.

Even before the latest shutdowns, the ruling party was promising tax refunds and other help for entrepreneurs who generate wealth and jobs.

Premier Li Keqiang, the No. But some local leaders are imposing more sweeping controls.

That was in contrast to Shenzhen, a tech and finance center of 17.5 million people near Hong Kong that closed the city March 13 after an outbreak and ordered mass testing. It reopened a week later and business returned to normal.