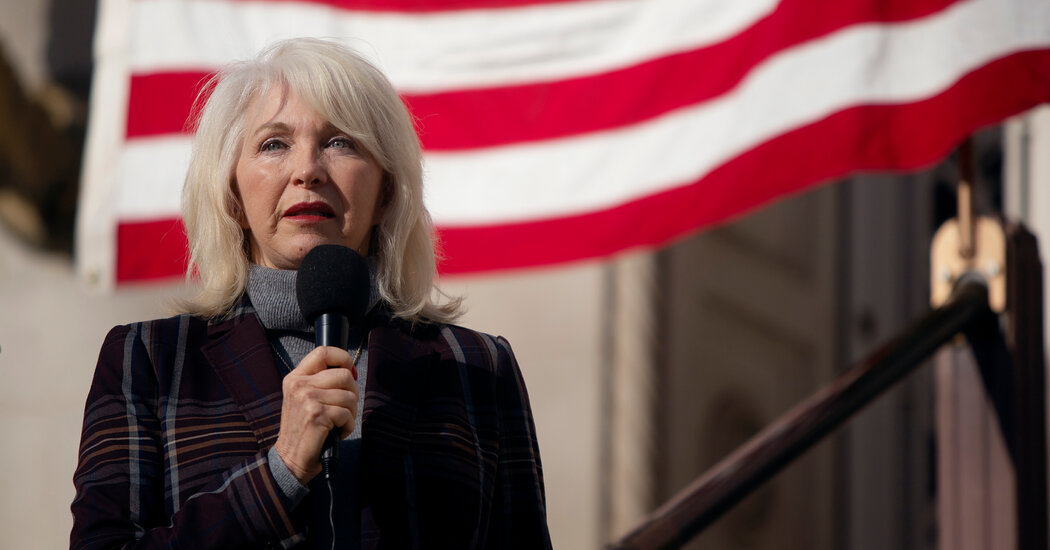 In early August, the conservative website Gateway Pundit posted passwords for the county’s election machines. In October Ms. Peters spoke at a gathering in South Dakota of people determined to show that the 2020 election had been stolen from Mr. Trump.

The gathering also featured a large screen that, at one point, showed the software from the election machines in Mesa County.

Ms. Griswold said her office had concluded that the passwords leaked out when Ms. Peters enlisted a staff member to accompany her to surreptitiously record a routine voting-machine maintenance procedure. State and county officials announced last month that a grand jury was looking into allegations of tampering with Mesa County election equipment and “official misconduct.”

More recently, Ms. Peters was briefly detained by the police when she obstructed efforts by officials with the local district attorney to serve a search warrant for her iPad. Ms. Peters may have used the iPad to record a court proceeding related to one of her deputies, according to Stephanie Reecy, a spokeswoman for the county.

In video of the Feb. 8 encounter, taken by a bystander and posted on Twitter, Ms. Peters can be heard repeatedly saying, “Let go of me,” as officers seek to detain her. “It hurts. Let go of me,” she says, before bending her leg and raising her foot toward the officer standing behind her.

An officer responds, “Do not kick,” according to body camera video posted by KJCT News 8, a local station. “Do you understand?”

Ms. Peters was charged with obstructing a peace officer and obstructing government operations, according to the Mesa County Sheriff’s Office. She turned herself in to the authorities on Thursday, posted $500 bond and was released, according to county officials.