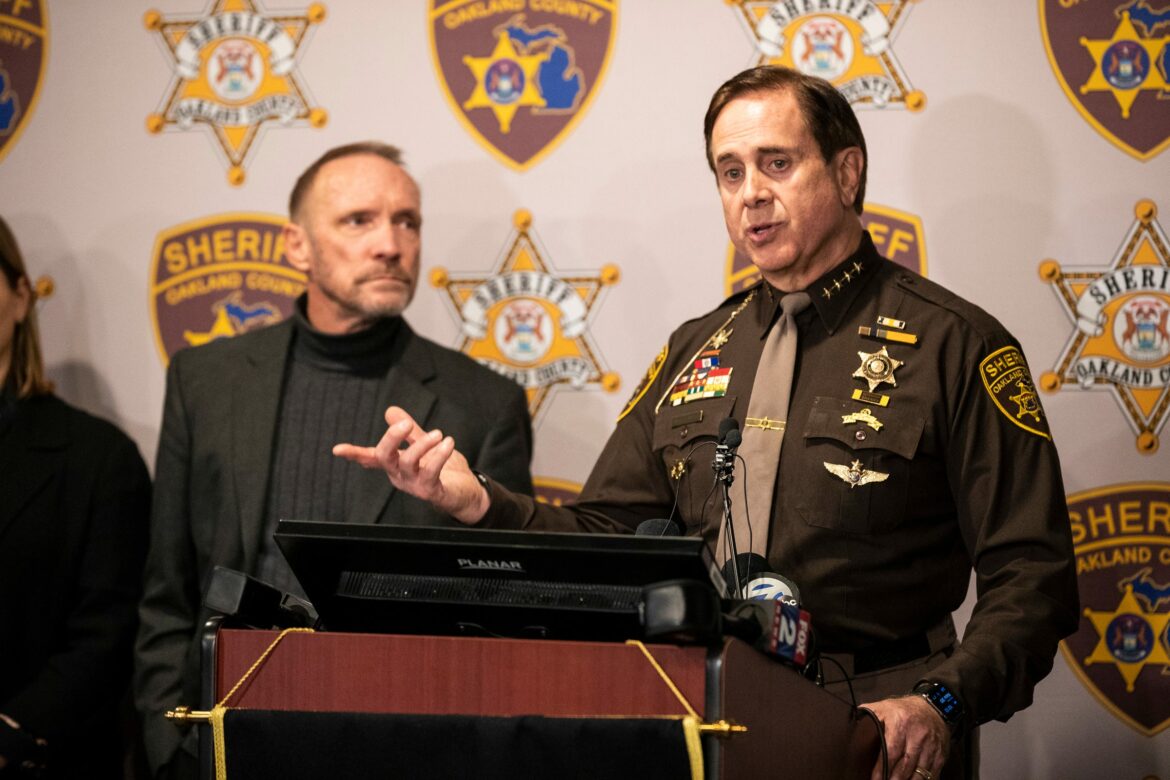 OXFORD TOWNSHIP, Mich. — The video from inside Oxford High School on Tuesday afternoon is chilling: Students cower together in the back of a classroom, hiding as an armed gunman rips through the halls, killing four and injuring seven others.

Then, comes a knock on the door.

“Sheriff’s office. It’s safe to come out,” a voice from outside the classroom says.

Inside, a man replies: “We’re not willing to take that risk right now.”

The person outside is insistent.

When students hear the person outside use the word “bro,” pandemonium erupts. They quickly come to the conclusion that it’s the shooter because a sheriff’s deputy would be unlikely to use the word “bro.”

“He said bro,” a teenage boy says, standing up amid the chaos. “Red flag.”

Students rush to a window, open it and begin to run into an outdoor courtyard.

Recorded on a cell phone and widely shared on social media, the video shows the students racing to safety, going back inside the school through a different door, where a sheriff’s deputy tells them: “Slow down. You’re fine.”

Authorities have arrested a 15-year-old student in the mass shooting. He had yet to be charged as of Wednesday morning and was being held in the county’s juvenile detention facility.

The gunman was stalking the halls of the school, trying to get inside locked doors where his classmates were hiding, Oakland County Sheriff Michael Bouchard said Wednesday during an interview on CNN.

“The evidence I’ve seen there shows he was very clearly trying to kill people, and so a ruse like this wouldn’t have surprised me, given the way he was acting,” Bouchard said.

“We’ve recovered some evidence that we’re now beginning to pour over. I’ve seen some of the actual video of the shooting itself. And it’s clear that he came out with the intent to kill people. He was shooting people in close range, oftentimes toward the head or chest.”

He fired bullets through some barricaded doors, Bouchard said.

“We know he couldn’t get into some of those classrooms, and I think that saved lives,” he said. “So the only silver lining is that our training and their training saved lives.”

Still he said, “the tragedy is not lost on us.” A fourth student, 17-year-old Justin Shilling, died Wednesday morning. The other three students who died as a result of the shooting are: Tate Myre, a 16-year-old football player, who died in a sheriff’s deputy’s car en route to the hospital; Hana St. Juliana, 14; and Madisyn Baldwin, 17.

Six other students and a teacher were shot and were treated at area hospitals.The teacher, Bouchard said, “has been thankfully discharged. She had a left shoulder gunshot wound that appears to have been a grazing wound.”

“We’re going through hours of video and we’ve obviously got to interview over 1,800 people who are students at that school,” he said. “So we’ve got to interview every student or every potential faculty member that they have seen or for something that’s relevant.

“We want to make sure that we get everything 100% done. I want to hold this person accountable and the community needs to see that happen. I mean, this is a very calm, sweet, peaceful, quiet community. And this has shaken them to the core.”