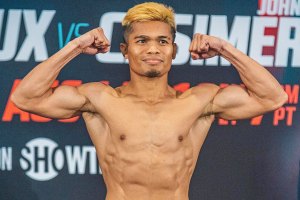 The Filipino Jonas Sultan, number 7 of the World Boxing Association (WBA) bantamweight division, traveled to the United States last January 31 to carry out a training base for his upcoming fights.

The boxer will join Jerwin Ancajas, current super flyweight champion of the International Boxing Federation, in Los Angeles, California, with whom he will share training sessions.

Sultan said to his country’s media that he has been training all this time despite having recently become a father: “I must be ready every time I am called to fight, especially if it is a world title”, said the boxer.