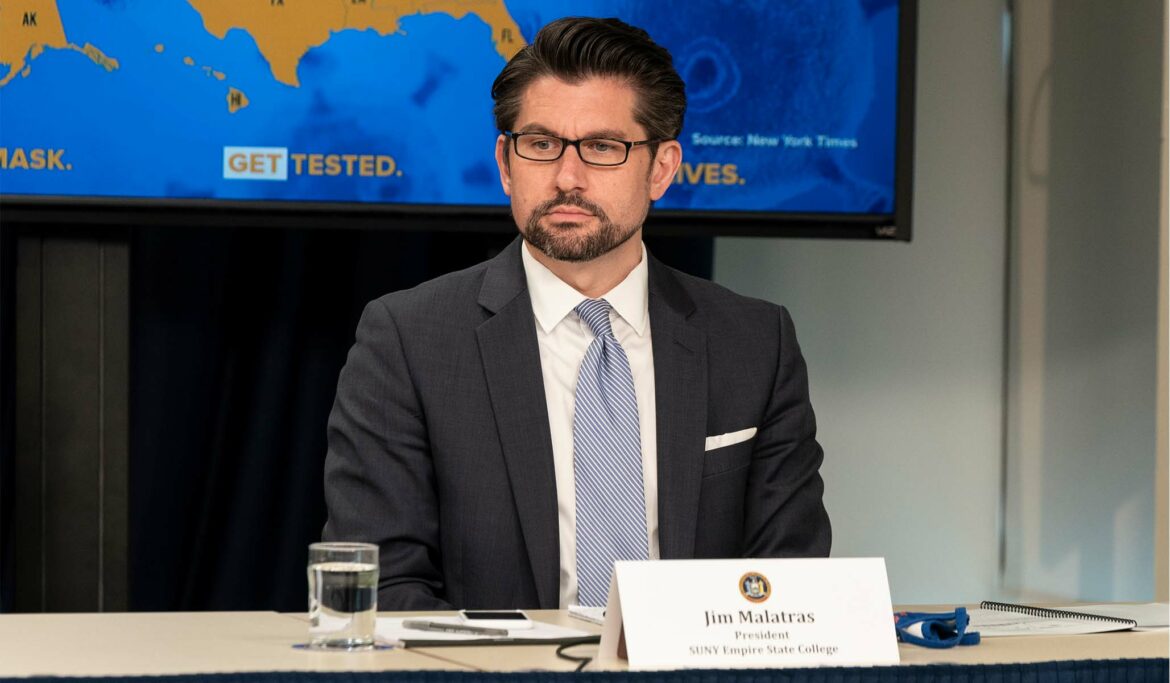 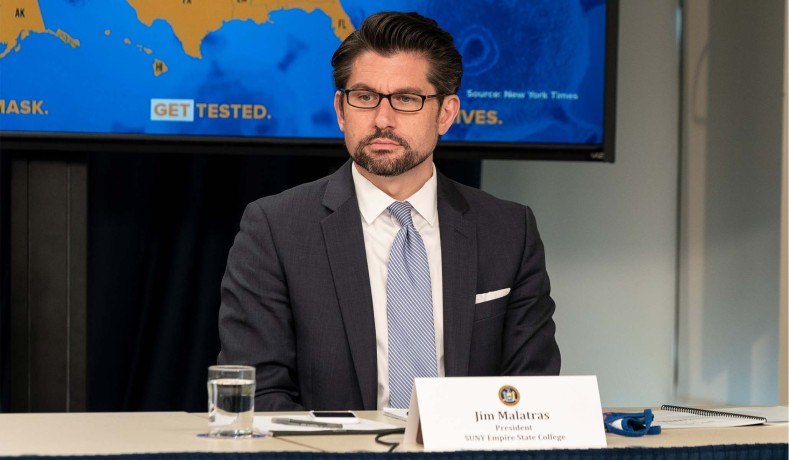 State University of New York Chancellor Jim Malatras tendered his resignation on Thursday amid backlash over text messages he sent mocking a woman who went on to accuse former Governor Andrew Cuomo of sexual harassment.

Malatras announced his resignation, which takes effect on January 14, in a letter to the chairman of the SUNY Board of Trustees.

“I have had no higher honor in my lifetime in public service than serving as the 14th Chancellor of the State University of New York,” wrote Malatras, who was appointed to the role in August 2020. “I’m proud to have been the first SUNY graduate ever to become Chancellor. I would not have had the chance to serve in the highest levels of state government but for my SUNY education. From humble beginnings, SUNY lifted me up and offered opportunity.”

Malatras, a former adviser to the now-disgraced former governor, said the “recent events surrounding me over the past week have become a distraction over the important work that needs to be accomplished as SUNY emerges from COVID-19.”

The letter, which is reminiscent of Cuomo’s own resignation, adds that Malatras believes “deeply in an individual’s ability to evolve, change and grow” but that he would “never want to be an impediment” to SUNY’s success.

The resignation comes after a text exchange between Malatras and other Cuomo allies was released along with other transcripts and evidence from New York State Attorney General Letitia James’ investigation into sexual harassment allegations against Cuomo.

Boylan, who served as the deputy secretary for economic development and special adviser to the governor, tweeted in 2019 that working in politics was a “toxic and demoralizing experience” after leaving the administration. The tweet came before she publicly accused Cuomo of sexual harassment.

“Let’s release some of her cray emails,” Malatras said to the group in response to the tweet.

“Malatras to Boylan: Go f__ yourself,” he texted the group after Boylan posted a series of tweets that were critical of him.

On Friday, Malatras said he owed Boylan and the SUNY community an apology, though Boylan later tweeted that she had not received one.

“I’m glad he didn’t apologize because, based on his email, he continues to lie,” she said.

While the SUNY Board of Trustees defended Malatras on Friday, the SUNY Student Assembly called for his removal from leading the state’s 64-campus system via a vote of no confidence.

The texts are not the first time Malatras became embroiled in a Cuomo-related scandal: earlier this year the New York Times reported that he was one of several aides to the governor who rewrote a July report by state health officials to conceal the number of nursing home residents who died from coronavirus in the state.

Malatras and other aides worked to hide the fact that more than 9,000 nursing home residents had died from the virus in the state at the time, according to reports from the New York Times and the Wall Street Journal. The rewritten report, which concealed the number of deaths and found that Cuomo’s policies were not at fault for the nursing home death toll, was released just four days before the governor announced he was working on a book.

The aides took issue with the report, which included a chart comparing nursing home deaths in New York with other states and showed that New York’s total of 9,250 deaths was far greater than that of the next highest state, New Jersey, which had 6,150 at that time. The chart put the death toll at about 50 percent higher than the number the Cuomo administration had touted at the time.

Despite the controversies, the SUNY Board of Trustees thanked the chancellor for his “extraordinary service” in a statement on Thursday.

“The past two years have been among the most trying in SUNY’s history—and Jim’s leadership and collaboration with our faculty and staff have allowed our institution to continue to thrive and serve our nearly 400,000 students at 64 campuses across our state safely and in person,” the statement said. “He has been a champion for our students, for access, for equity, and for deeper public investment in this great institution. The entire board expresses our gratitude for his dedication and leadership.”