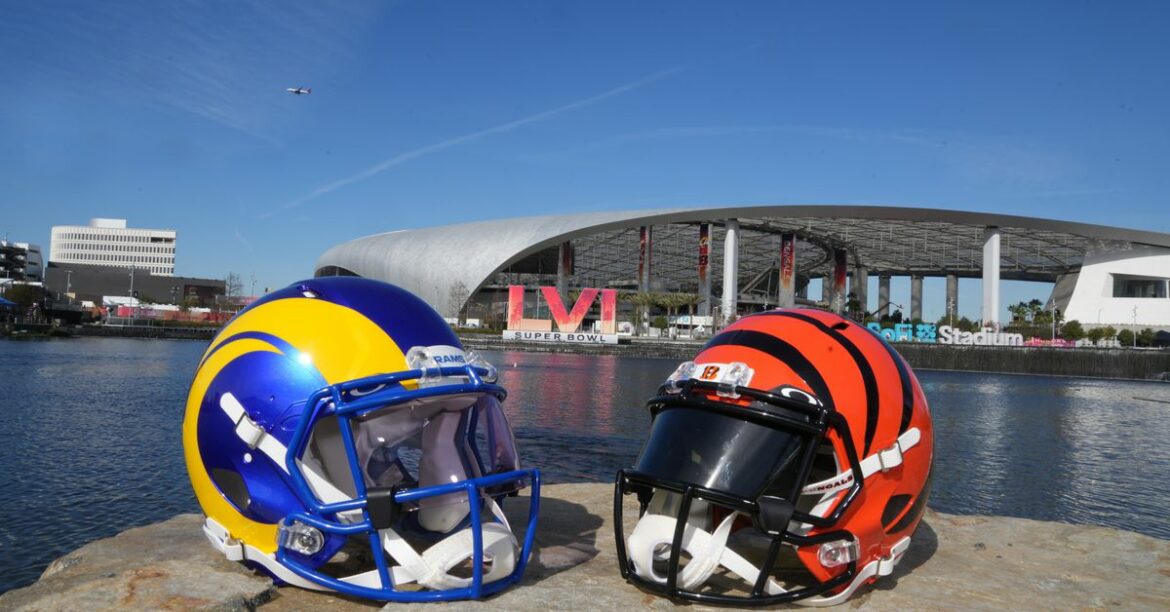 The Cincinnati Bengals will meet the Los Angeles Rams (-4) at SoFi Stadium this Sunday in Super Bowl LVI in a thrilling contest that promises to deliver quality entertainment in abundance. Both Joe Burrow and Matthew Stafford are excellent quarterbacks that are making their first Super Bowl appearance. Their paths to this moment couldn’t be any more different, however. Burrow is just in his second season after being the No. 1 overall selection in the 2020 NFL Draft. Stafford is a veteran quarterback that is finally getting a taste of the postseason following several wasted seasons in Detroit.

According to our good friends at DraftKings Sportsbook, the Rams are currently favored by 4-points. As of now, the Over/Under is set at 48.5 points and the moneyline is +170 for the Bengals and -200 for the Rams. This marks the first contest of the year between the Bengals and Rams.

We here at MCM are predicting a thrilling, tough-natured victory for the Rams by a final score of 31-27. This contest possesses the potential to be one of the higher-scoring Super Bowls in recent memory. Both teams have several dangerous offensive playmakers at their disposal. The Bengals arguably have the best wide receiver trio in the league in Ja’Marr Chase, Tyler Boyd and Tee Higgins. Joe Mixon is a dual-threat difference maker at the running back position.

The Rams are however playing at home, a boost that should help power them to Super Bowl glory. Stafford has proven plenty capable of getting the ball out in an efficient manner to his pass-catchers. Cooper Kupp led the league in every meaningful statistical category at the wide receiver position (receptions, yards, touchdowns) and should have an excellent chance to capture Super Bowl MVP honors. The midseason acquisition of Odell Beckham Jr. has provided depth alongside Van Jefferson in three receiver sets. Los Angeles’ rushing attack should find success against Cincinnati’s banged-up defensive line. Aaron Donald, Von Miller and Leonard Floyd should take full advantage of Cincinnati’s less-than-desirable pass protection unit. Jalen Ramsey should do enough in coverage to limit Chase’s big-play ability.

The Titans played both of these teams in 2021, having defeated the Rams during the regular-season before eventually losing to the Bengals in the playoffs.