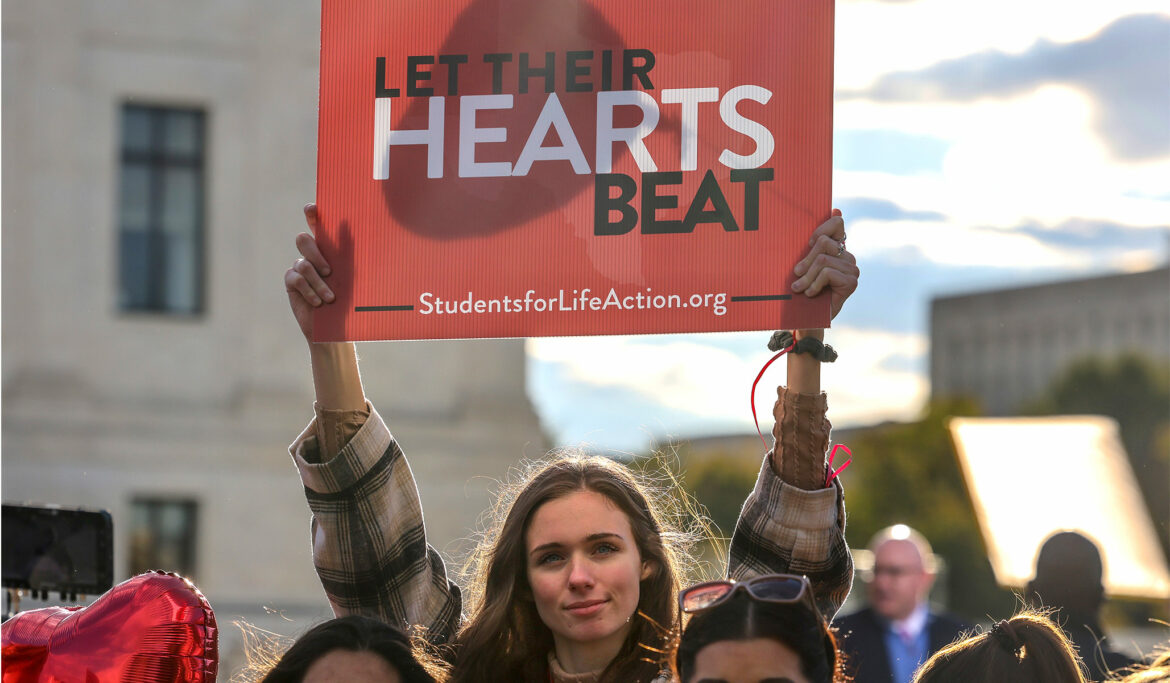 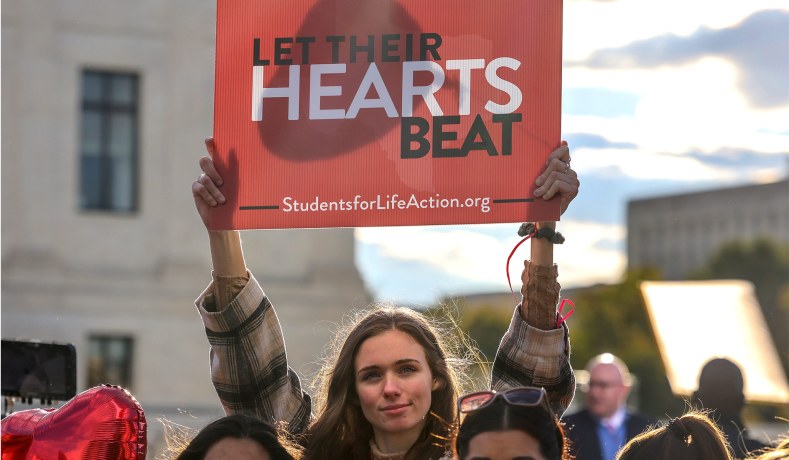 Anti-abortion prortestors demonstrate outside the United States Supreme Court as the court hears arguments over a challenge to a Texas law that bans abortion after six weeks in Washington, D.C., November 1, 2021. (Evelyn Hockstein/Reuters)

The Supreme Court handed abortion providers a narrow victory Friday in ruling that a challenge to the Texas heartbeat abortion law can proceed, however it held that the state can continuing enforcing the law as it is adjudicated.

The law outlaws abortions after a fetal heartbeat can be detected and is unique in its enforcement mechanism, which relies on private citizens, rather than agents of the state, to sue abortion providers who violate the law. By that provision, private individuals can take legal action against any doctor who performs an abortion as well as those who assist a woman in securing one. Texas abortion providers first launched the lawsuit.

Following the Friday decision, a district court will now hear the case and have the chance to block it. While the high court gave abortion clinics legal recourse, it restricted which Texas officials they can sue.

The Supreme Court first rejected a challenge to the Texas law in a 5-4 vote last September, arguing that the abortion providers who brought it had not adequately addressed the novel procedural questions associated with a law that empowers private individuals, rather than state officials, to enforce an abortion ban. When the Supreme Court dismissed the opportunity to review the measure, it allowed it to go into effect pending further litigation.

In the wake of that initial court outcome, progressive-dominated states, such as California, have been imagining ways to offer abortions to pregnant women from conservative states, where abortion bans will likely be instituted in the event of a Roe v. Wade reversal. Democratic California lawmakers recently drafted a plan to subsidize travel expenses with public funds for women crossing the state’s borders to seek an abortion.

Also on the high court’s docket this term is Dobbs v. Jackson Women’s Health Organization, a landmark abortion case concerning a Mississippi law that prohibits abortions after 15 weeks of pregnancy. That cases forces the court to examine the legality of abortion prior to fetal viability, or 24-28 weeks of gestation. If it rules in favor of the Mississippi ban, Roe will effectively be overturned, deferring the issue to the states to create their own legislation permitting or barring it.