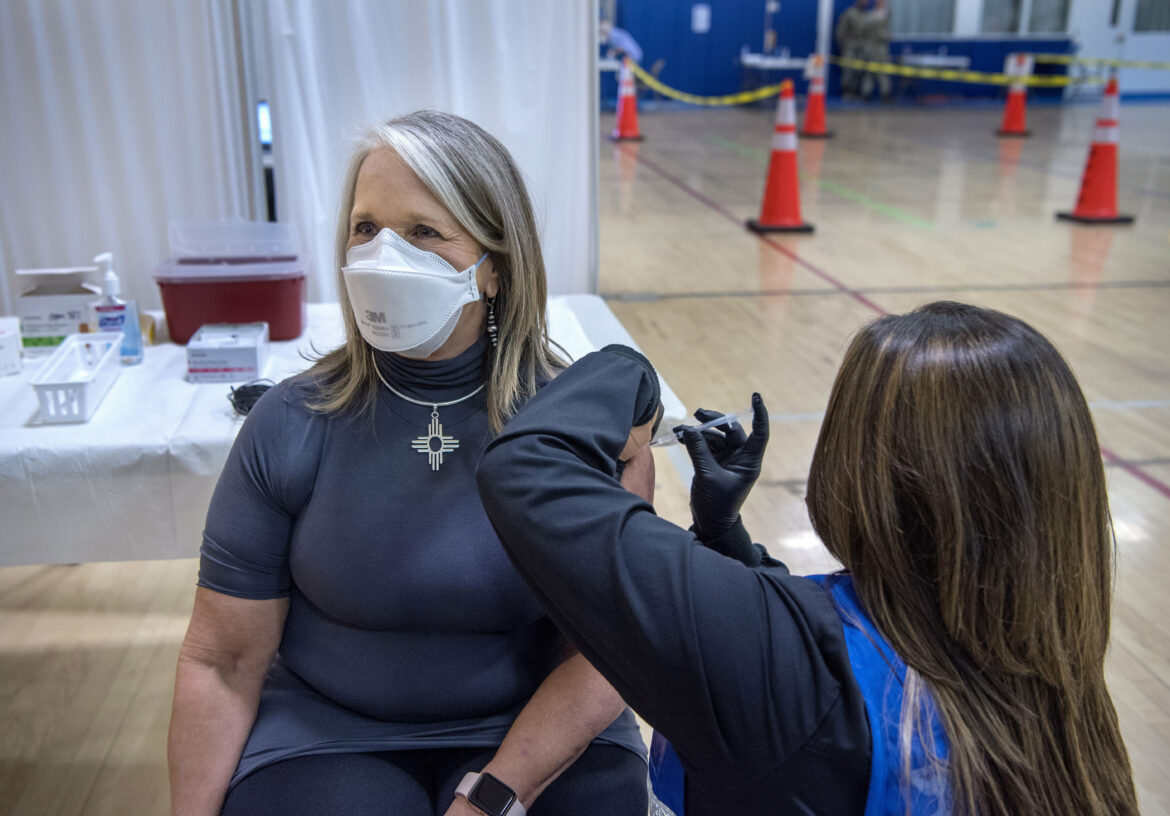 The Supreme Court on Tuesday rejected a bid to block enforcement of a public health order in New Mexico requiring workers at hospitals, nursing homes, prisons and other settings to be fully vaccinated against the coronavirus.

The order, which took effect in August, includes exemptions for people with medical conditions or disabilities, as well as for those who claim their sincere religious beliefs prohibit them from getting vaccinated.

In their appeal asking the Supreme Court to block the order, the petitioners, which included a former nurse who was fired after refusing to get the vaccine, argued that the vaccination rules violated their “constitutional rights to bodily integrity and to engage in one’s chosen profession.”

Lower courts had rejected their claims. Justice Neil Gorsuch, who is assigned to handle appeals to the Supreme Court from New Mexico, denied the application without comment.

No dissents from other justices were listed on the docket. The rejection from Gorsuch, one of former President Donald Trump’s three picks to the nine-member high court, came five days after the emergency application was filed.

Courts have weighed in on a growing list of lawsuits challenging government-imposed Covid vaccination rules at the state and federal level. The high court has denied attempts to block vaccination rules in multiple states, including Maine and New York.

The Biden administration’s sweeping mandate for companies with 100 or more employees was temporarily blocked in one federal appeals court but reinstated by a different court last week. An array of business groups, Republican-led states and other entities on Monday asked the Supreme Court to once again block the federal vaccine mandate.