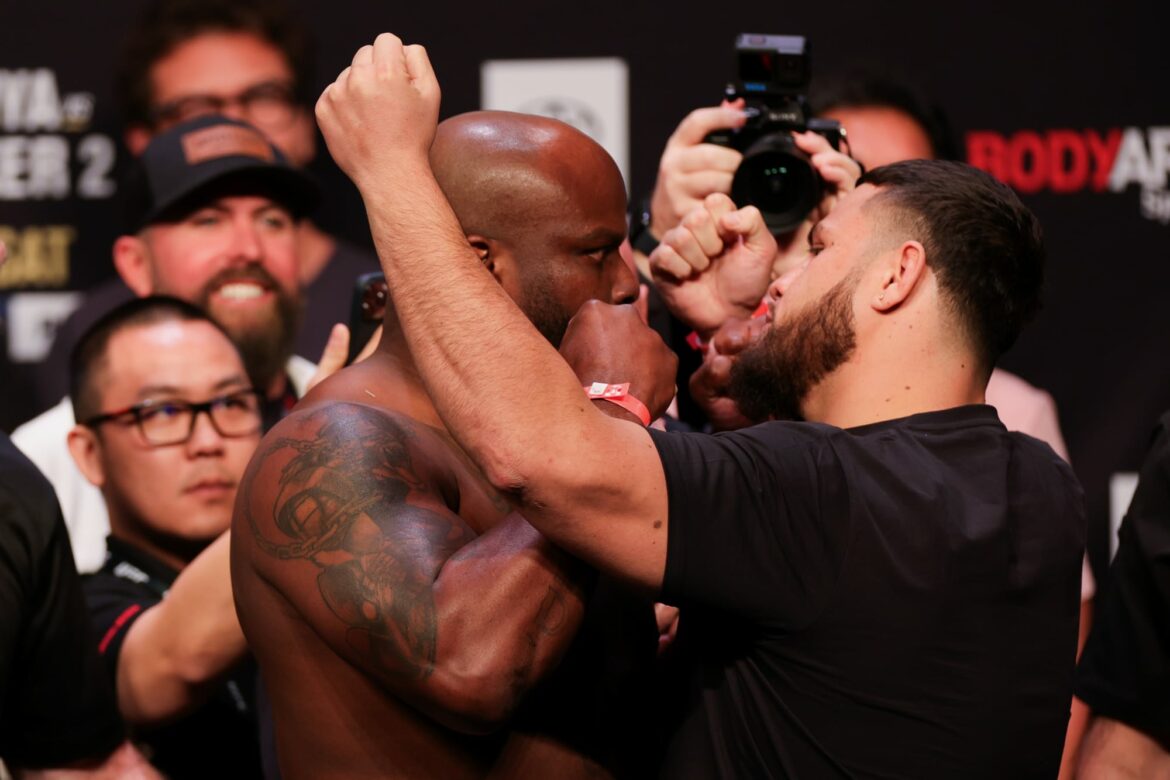 Tai Tuivasa knew that either he or Derrick Lewis was going to get finished at UFC 271, but many didn’t think he would be the one doing the finishing.

Tuivasa and Lewis threw hands in the opening minutes, but Tuivasa moved the fight to the clinch halfway through the first round. Tuivasa landed some hard knees, but Lewis was the one who got the fight to the ground off an inside trip.

After a brief exchange on the ground, the two giants moved back to the feet and threw wild combinations near the fence. Tuivasa would survive a few early power shots to get the fight to Round 2.

Lewis opened up Round 2 with a flurry of strikes and seemed to find his footing. He quickly backed Tuivasa up to the fence but moved the fight back to the clinch.

A brief separation resulted in heavy punches being thrown from both men. But in the end, Tuivasa was the one who came out on top, earning a nasty knockout with a hard right elbow against the knockout king.

Lewis came into UFC 271 seeking vengeance and his hometown after falling to Ciryl Gane for the interim heavyweight title at UFC 265. He bounced back in a big way with a first-round knockout over Chris Daukaus last December at UFC Vegas 45.

Lewis is the UFC’s all-time leader in knockouts, as he cemented by winning five of his previous six bouts entering UFC 271. The former UFC title challenger is still in the thick of things in the heavyweight division.

Tuivasa’s claim to fame came after an electric 2021 in which he earned three-straight knockouts over Augusto Sakai, Greg Hardy, and Harry Hunsucker. He propelled himself into the heavyweight discussion after a first-round knockout over Stefan Struve at UFC 254 to wrap up 2020.

Tuivasa, in addition to his exciting fights and powerful knockouts, has become a fan favorite due to his fun-loving personality and post-fight shoeys. But, he wasn’t the favorite of the crowd this time around in front of Lewis’ Houston, TX faithful.

With the win over Lewis, Tuivasa continues to rise in the heavyweight division and moves one step closer to a potential title shot in 2022.