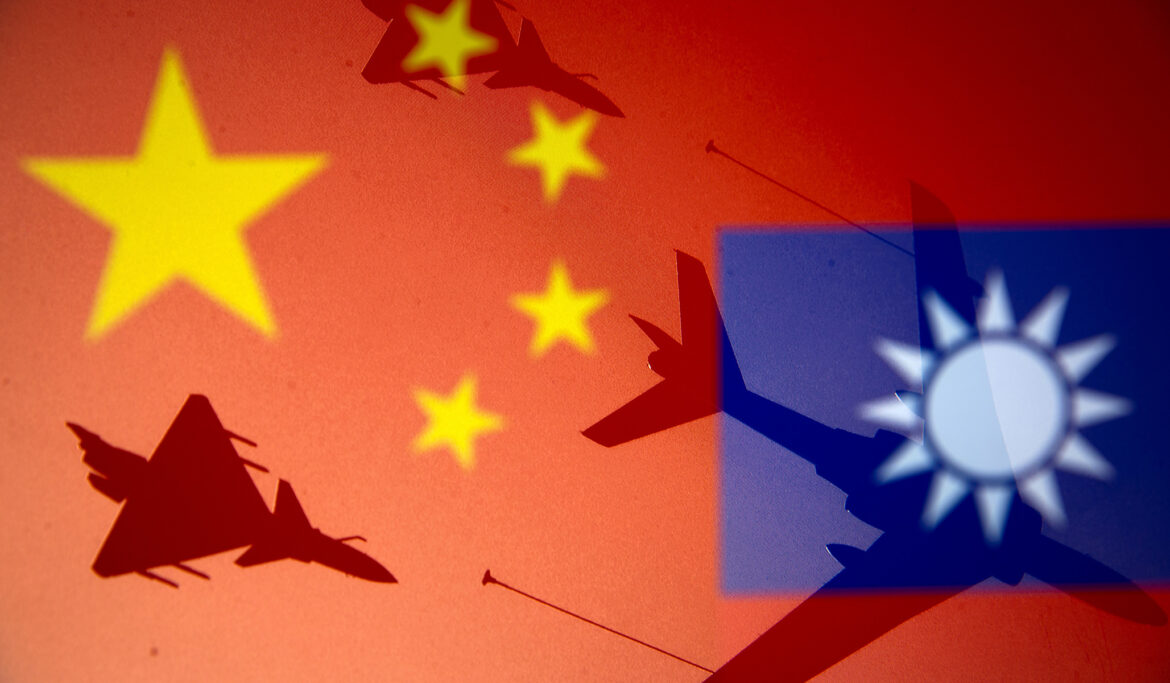 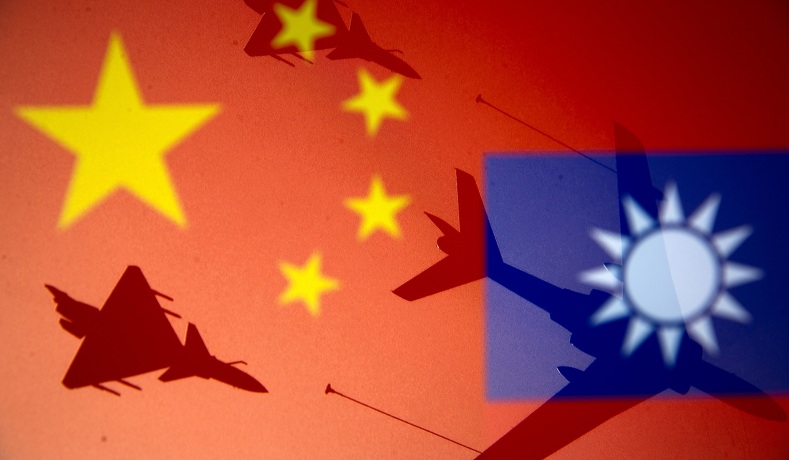 An illustration of military aircraft behind the Chinese and Taiwanese national flags, April 9, 2021 (Dado Ruvic / Reuters)

Taiwan’s Defense Ministry said 18 fighter jets from mainland China’s air force, along with five H-6 bombers and a refueling aircraft, flew through the defense zone near the southern part of the island. Taiwan scrambled its own air force to respond and deployed missile systems to track the Chinese breach.

The incursion came at the close of a three-day military conference attended by Chinese premier Xi Jinping, where he called for the cultivation of military talent, according to state-run news agency Xinhua.

“Taiwan will continue to step up cooperation with the United States in order to uphold our shared values of freedom and democracy and to ensure peace and stability in the region,” Tsai said at the meeting.

“When news of our trip broke yesterday, my office received a blunt message from the Chinese Embassy, telling me to call off the trip,” Slotkin noted on Twitter on Thursday.

China’s incursion on Sunday was the largest since a record 52 Chinese military planes breached Taiwan’s air defense zone in October. China claims Taiwan as a part of its territory and does not recognize the island as an independent country.

Chinese Foreign Ministry spokesperson Zhao Lijian told reporters that the unification of China with Taiwan is an “unstoppable historical trend.”