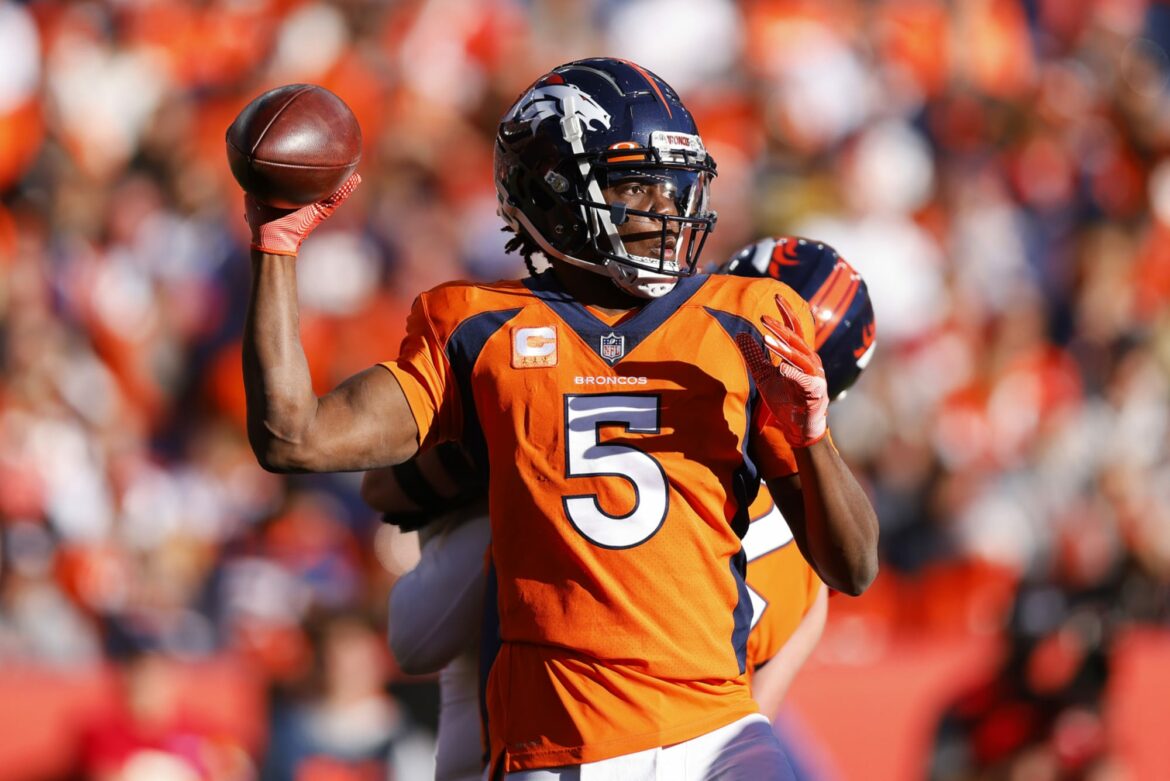 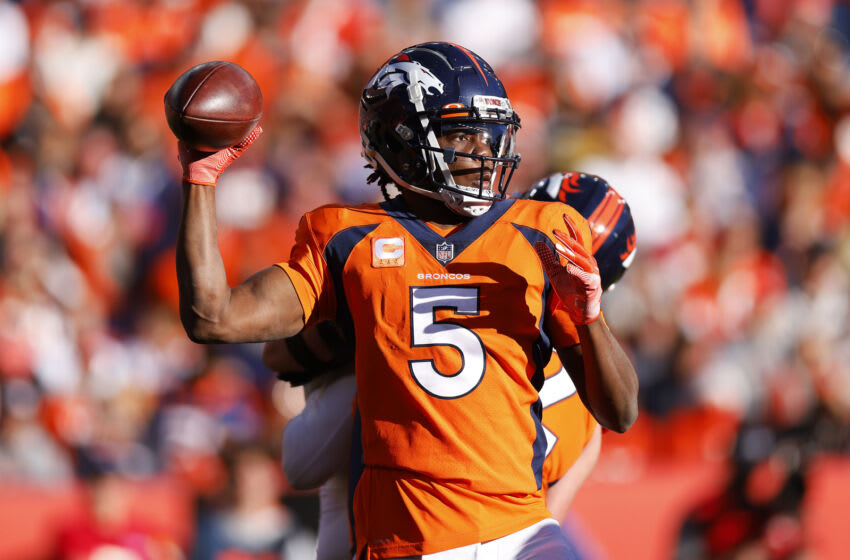 DENVER, COLORADO – DECEMBER 19: Teddy Bridgewater #5 of the Denver Broncos throws the ball during the first quarter against the Cincinnati Bengals at Empower Field At Mile High on December 19, 2021 in Denver, Colorado. (Photo by Justin Edmonds/Getty Images)

Chiefs fans react to having No. 1 seed in AFC on lock by Ethan Lee

Broncos quarterback Teddy Bridgewater tried to run for a first down but had to be carted off after a scary scene in Denver left him looking out cold.

Teddy Bridgewater won the starting quarterback job for the Denver Broncos this offseason and has proven to be the solid veteran anyone should’ve expected. However, he was part of a scary scene in Denver on Sunday as his team hosted the Bengals.

In a close dogfight with Cincinnati in the second half, Bridgewater was trying to overcome a slight deficit. With the play breaking down, the quarterback took off to try and get a first down and dove past the line to gain.

When he did so, however, Bridgewater landed awkwardly and was left motionless on the turf, seemingly knocked out cold. The Broncos had to bring out the injury cart for him to take the quarterback off the field.

Teddy Bridgewater injury: Broncos QB knocked out after diving for first down

It was a scary scene when Bridgewater was left out on the turf. The quarterback appeared to be knocked out cold as the cart came out to get him.

There is no official word yet on what happened to the veteran but it was definitely a harrowing scene with the signal-caller lying motionless on the ground after the play.

With Bridgewater out of action for Denver, the Broncos will turn to Drew Lock, who lost a quarterback battle to the starter this offseason.