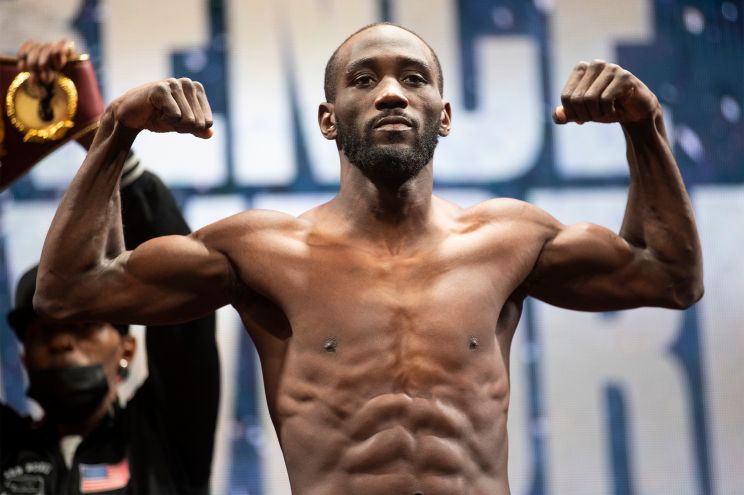 Terence Crawford believes he’s exhausted all of his options.

Well before officially making the move to 147 pounds in 2018, the Omaha, Nebraska native eyed a mega clash against fellow pound-for-pound star, Errol Spence Jr. Yet, no matter how loud he’s bellyached about wanting to test his skills against his longtime rival and regardless of establishing himself as one of the best fighters in the world, fast forward four years later and their contest is no closer to becoming a reality.

Though Crawford would love nothing more than to prove that he’s the best 147 pounder in the world, as the WBO titlist sits back and thinks to himself, he’s simply all out of ideas in terms of how he can lure Spence Jr. into the ring.

“I want that fight,” said Crawford during an interview with Behind The Gloves. “If it happens it happens, I’ve been calling for that fight for years now. If it don’t it don’t. I’ve gone through everybody that they put in front of me. I can’t see what I can do differently.”

Currently, the undefeated unified welterweight champion is set to return to the ring on April 16th, against another 147 pound belt holder, WBA champion, Yordenis Ugas. The two are officially slated to face off at the AT&T Stadium in Arlington, Texas.

Admittedly, Crawford will be an interested observer on the night. Ultimately, if Crawford is unable to unify titles against the winner of Spence vs. Ugas, he won’t hang his head low. Instead, he’ll set his sights on winning every world title at 154 pounds.

“If I can’t get the Spence/Ugas winner, I would love to get the Jermell [Charlo] and [Brian] Castano winner. I can be undisputed at 154.”

Until recently, both Jermell Charlo, who holds the WBC, WBA, IBF, and Ring Magazine 154 pounds titles, and Brian Castano, who’s in possession of the WBO 154 pound crown, were scheduled to face off on March 19th, at the Crypto.com Arena in Los Angeles, California. The two originally battled to a controversial split decision draw on July 17th, 2021. With both sides unsatisfied with the way their contest played out, they agreed to rekindle their rivalry with an immediate rematch.

However, it was recently revealed that Castano has suffered a slight biceps tear, postponing their undisputed showdown for at least four weeks. Regardless of the holdup, Crawford views their postponement as an opportunity to get his feet wet in a new weight class, before targeting whomever has all four world titles at 154 pounds.