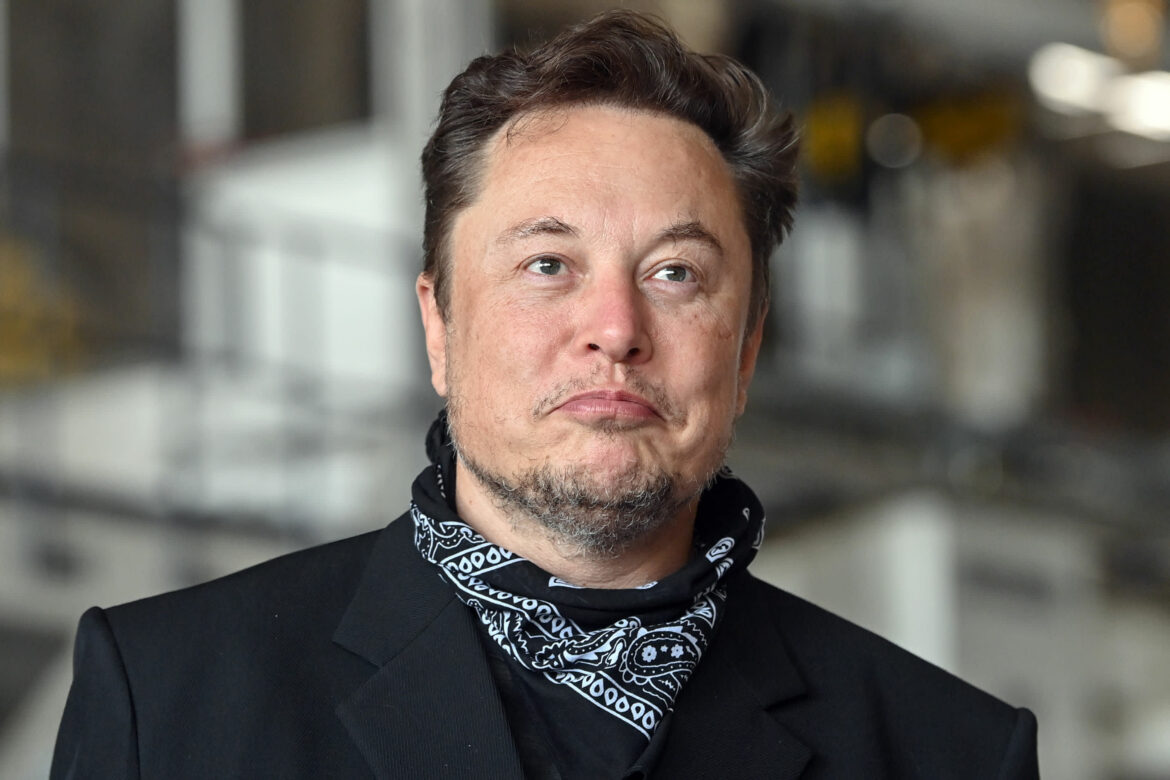 Elon Musk, Tesla CEO, stands in the foundry of the Tesla Gigafactory during a press event.

Tesla shares fell by more than 5% in pre-market trading Monday after CEO Elon Musk asked his Twitter followers if he should sell 10% of his stock in the electric vehicle company.

The fall comes after Musk asked his 62.5 million Twitter followers to determine the future of a chunk of his Tesla holdings.

In a Twitter poll launched Saturday, Musk said: “Much is made lately of unrealized gains being a means of tax avoidance, so I propose selling 10% of my Tesla stock. Do you support this?”

The billionaire gave people the option to vote “Yes” or “No” and pledged to abide by the results of the poll, whichever way it went.

Musk previously said he was likely to sell “a huge block” of his shares in the fourth quarter.

In September, Musk said at the Code Conference in Beverly Hills, California, that his marginal tax rate will be over 50% when his stock options expire at Tesla, and that he was already planning to sell soon.

“I have a bunch of options that are expiring early next year, so … a huge block of options will sell in Q4 — because I have to or they’ll expire,” he said.

Other current and former Tesla board members, including Robyn Denholm, Kimbal Musk, Ira Ehrenpreis and Antonio Gracias have also offloaded hundreds of millions of dollars worth of Tesla stock since Oct. 28, as the company’s stock soared on the Nasdaq stock exchange.

Shares climbed after Tesla posted a record third quarter and car rental company Hertz announced that it was ordering 100,000 Tesla vehicles for its fleet. Musk waited for a week after Hertz made its announcement to say that Tesla had not in fact signed a contract with the company yet. Prior to that statement, he taunted investors who were short shares of Tesla on Twitter, writing: “Tesla Hertz shorts.”

Since the Hertz announcement, Tesla shares have risen considerably and so has Musk’s net worth.

No matter the results of the Twitter poll, Musk would have likely started selling millions of shares this quarter. That’s because he’s facing a looming tax bill of more than $15 billion.

His options expire in August 2022 but in order to exercise them, he has to pay the income tax on the gain.

Since the options are taxed as an employee benefit or compensation, they will be taxed at top ordinary-income levels, or 37% plus the 3.8% net investment tax. He will also have to pay the 13.3% top tax rate in California since the options were granted and mostly earned while he was a California tax resident.

Combined, the state and federal tax rate will be 54.1%. So the total tax bill on his options, at the current price, would be $15 billion.

Musk, who is also the CEO of SpaceX and brain-computer interface start-up Neuralink, hasn’t confirmed the size of the tax bill. However, he tweeted: “Note, I do not take a cash salary or bonus from anywhere. I only have stock, thus the only way for me to pay taxes personally is to sell stock.”

According to the Bloomberg Billionaire Index, Musk is currently the world’s richest person, ahead of Amazon founder Jeff Bezos and French retail tycoon Bernard Arnault. The index states that Musk’s net worth is $338 billion.

—CNBC’s Robert Frank and Lora Kolodny contributed to this report.