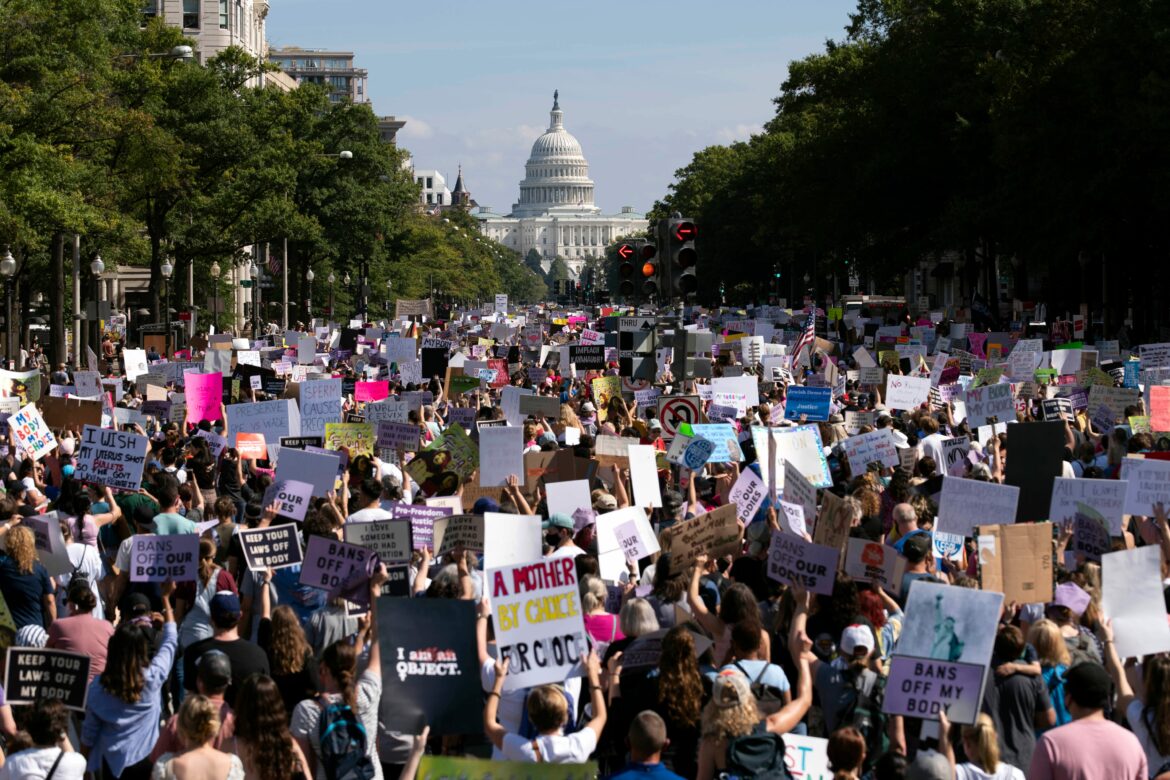 Texas’ restrictive abortion law is again in effect — for now — after a Friday order. It’s the latest twist in a dizzying legal saga that advocates say is having “devastating effects” on providers and patients in the state.

Nearly all abortions were banned in Texas for a month when the state’s abortion law went into effect in early September. Then in early October, a judge temporarily halted the ban, which prompted some abortion clinics to reopen.

A temporary order, issued Friday by a federal appeals court, could be reversed at any time when the court makes a more permanent ruling. But for now, it allows Texas to temporarily resume its ban on most abortions.

So yet again, appointments have again been cancelled, patients in waiting rooms have been turned away, and many have been forced to make last-minute trips to neighboring states to receive services.

And experts say the back-and-forth could continue.

“This is not our first rodeo,” Molly Duane, senior staff attorney at the Center for Reproductive Rights, told USA TODAY. “The pattern we saw last night is something we are familiar with, and while it wasn’t unexpected, it was nonetheless extremely disappointing. The damage that has been done to patients is irreparable.”

What’s next for the Texas abortion ban?

As the case makes it way through the appeals process, Duane said she expects it to quickly move back up to the U.S. Supreme Court.

But Brigitte Amiri, deputy director of the ACLU Reproductive Freedom Project, told USA TODAY there may be more legal back-and-forth on the way there, depending on what the 5th U.S. Court of Appeals ultimately decides.

“We don’t have a crystal ball to predict the timing of it and what kind of back-and-forth we’re going to see, but certainly I think that we will see more of this in the coming weeks as the case makes its way quickly to the courts,” she said.

Last month, the Supreme Court declined to rule on the constitutionality of the Texas law, allowing it to stay in place. For many abortion advocates, that 5-4 vote, bolstered by the support of the court’s conservative majority, was a foreboding sign of what’s to come.

As the Texas abortion law has pinballed through the court system, it has brought mayhem for providers and people seeking abortion services, advocates say.

Nancy Northup, president and CEO of the Center for Reproductive Rights, called on the Supreme Court to “step in and stop this madness.”

“Patients are being thrown back into a state of chaos and fear, and this cruel law is falling hardest on those who already face discriminatory obstacles in health care, especially Black, Indigenous, and other people of color, undocumented immigrants, young people, those struggling to make ends meet, and those in rural areas,” she added in a Friday statement.

Amiri told USA TODAY the legal fight has “created devastation and chaos” in Texas, where patients were given a glimmer of hope before their appointments began getting cancelled.

“It’s really hard on staff and providers and patients to have this whiplash,” she said. “It’s destabilizing. It’s dehumanizing, and it really shouldn’t be happening.”

Proponents of the Texas law have also expressed frustration with the courts when receiving unfavorable rulings on the ban.

Texas Right to Life, the state’s largest anti-abortion group, accused “activist judges” of “bending over backwards … to cater to the abortion industry,” when a district judge temporarily halted the law.

The group called the latest legal turn allowing the law to take effect an “answered prayer.”

“We knew this was likely coming, but we shouldn’t have to feel this level of back and forth where people’s lives and healthcare are at stake,” the organization said on Twitter. “Everyone should know that they can access abortions all the time, close to their homes, always.”

While not all Texas abortion providers resumed services in the time the law was blocked for fear of being sued retroactively, many scrambled to book new appointments. But now, providers are once again in danger of closing. Neighboring states are rushing to keep up with a surge of patients traveling from Texas. And still other pregnant people may be forced to carry pregnancies to term.

Whole Woman’s Health, which operates four clinics in Texas, was one of the first providers to resume abortion services during the two-day reprieve.

Amy Hagstrom Miller, president of Whole Woman’s Health, said there was hope but also desperation because people knew “this opportunity could be short-lived.”

On Friday, Whole Woman’s Health said on Twitter “we knew this would happen and that is why we provided abortions beyond six weeks the moment it was a possibility,” adding that “our patients deserve better.”

“Health care can’t be turned on and off like this, and the whiplash that providers and patients experiences of having appointments one day only for them to be canceled the next is extremely emotionally damaging,” Duane said.