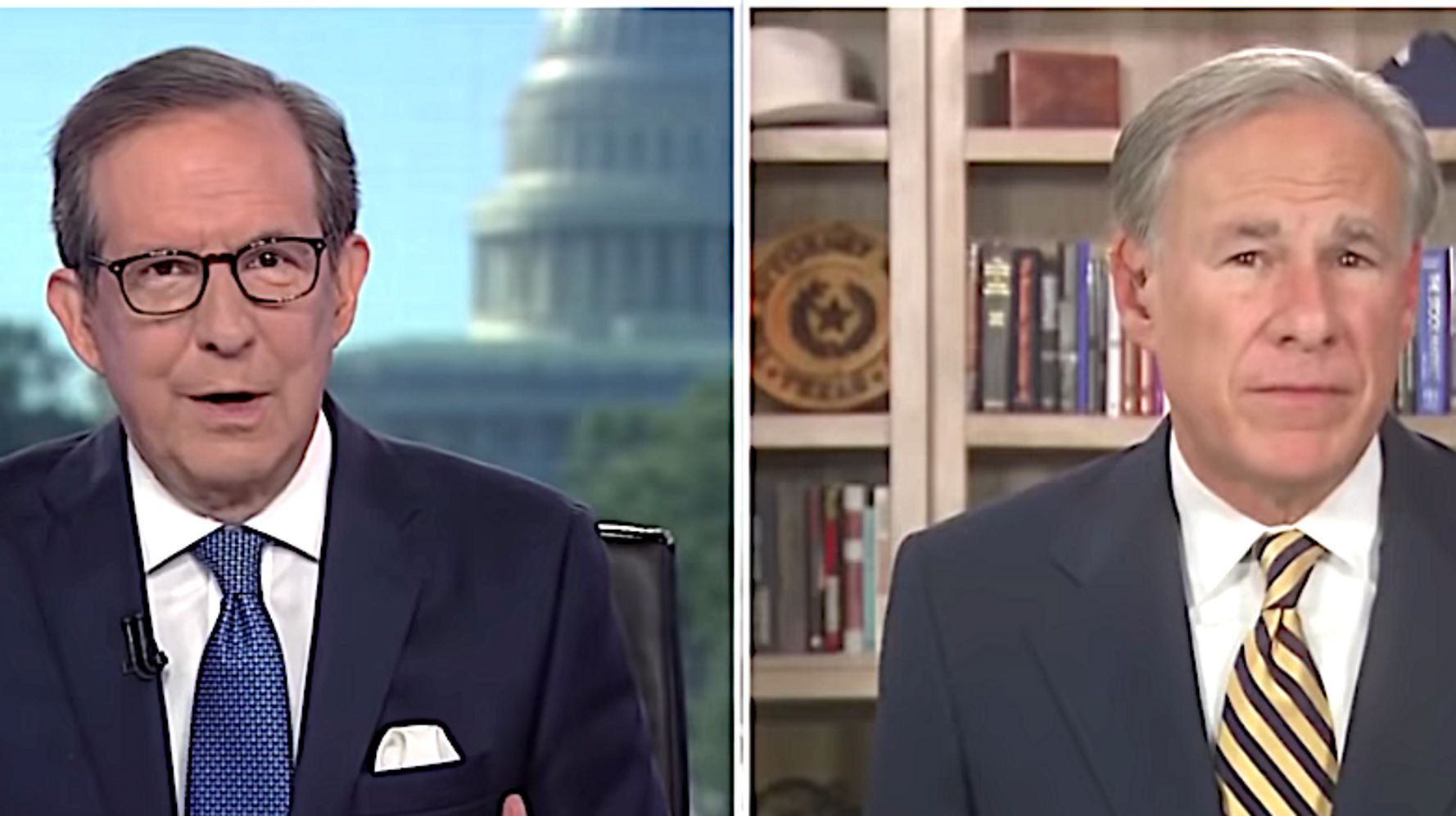 Fox News host Chris Wallace came down hard Sunday on Texas Gov. Greg Abbott (R) about the 15,000 rapes that took place in his state in 2019 ― and about the radical anti-abortion measure, which bars the procedure after six weeks of pregnancy even in cases of rape or incest, that Abbott recently signed into law.

Though Wallace repeatedly pressed the point, Abbott refused to commit to changing the law for sexual assault survivors.

Close to 90% of all abortions in Texas occur after the six-week mark, because most women don’t even know they’re pregnant in those first few weeks. As for abortion in cases of rape, Abbott claimed earlier this month that he would somehow “eliminate all rapists” in the state.

Wallace pointed out on “Fox News Sunday” that there were 15,000 rapes in Texas in 2019, the most recent year for which statistics are available. “Almost everyone says that’s a severe undercount,” he added. “There are a lot more cases that just aren’t reported.”

“Is it reasonable to say to somebody who is the victim of rape, and might not understand that they are pregnant until six weeks, ‘Well, don’t worry about it, because we’re going to eliminate rape as a problem in the state of Texas?’” Wallace asked Abbott.

But Wallace again noted the high number of rapes that have taken place during Abbott’s time as governor, and asked if he would be open to amending the draconian law.

“The goal is to protect the lives of every child with a heartbeat,” Abbott flatly responded.

“Including the child of a rape?” Wallace asked.

Abbott said such a change wouldn’t get through the Republican-controlled state legislature.

For enforcement, the Texas law relies on a bizarre bounty system for vigilantes, who can win $10,000 if they successfully sue anyone who “aids and abets” an abortion, from a doctor or nurse to a person who drives a rape victim to a clinic.

The U.S. Supreme Court voted not to block the law. But the Department of Justice filed a lawsuit earlier this month against the state, arguing that the law violates the Constitution.

Check out Abbott and Wallace’s exchange in the video clip above.