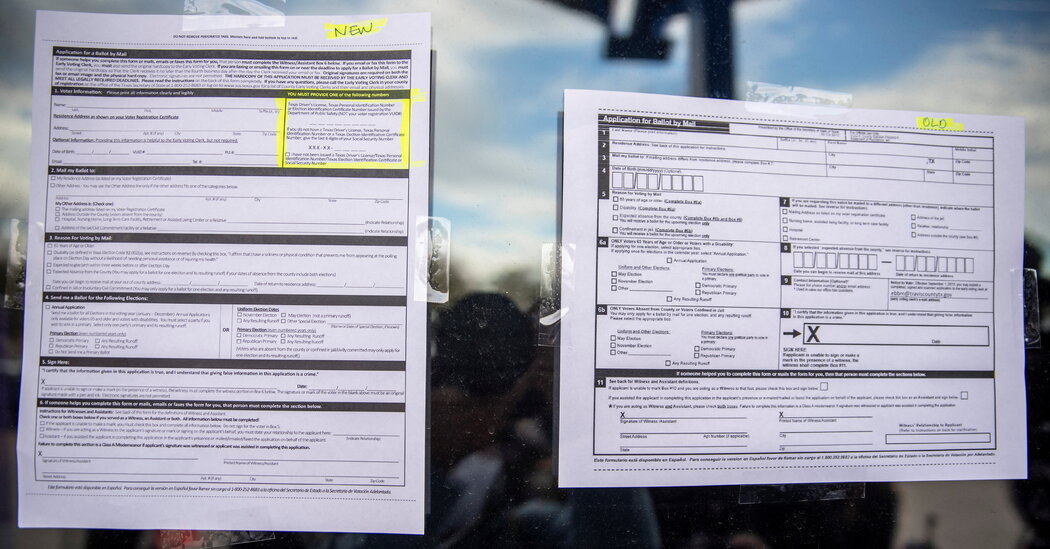 “We’re seeing an alarming number of mail ballots being rejected and local officials are left scrambling to protect voter access as the deadline looms,” Isabel Longoria, the elections administrator of Harris County, said in a statement.

Republicans vowed that the law made it “easier to vote, harder to cheat.” But some voters in Texas have found the absentee process far from easy, even those who are highly motivated.

In Corpus Christi, Linda White, 72, has been voting by mail for several years with her husband Jack, 74. A Democrat, she said that she and her husband, a Republican, have had their applications rejected three times this year.

The first time, they inadvertently used an old form posted on the Texas secretary of state’s website (the form was updated in January). Then, they were rejected for overlooking the fields for both their driver’s license numbers and partial Social Security numbers. Finally, Ms. White printed out a new application, and she still did not see the required fields, so she hand-wrote both identification numbers on the side of her application.

That was rejected as well.

“If I hadn’t just been a determined, hardheaded old woman, and my husband just as determined and hardheaded, I think I would have given up after a couple of shots at this,” Ms. White said in an interview.