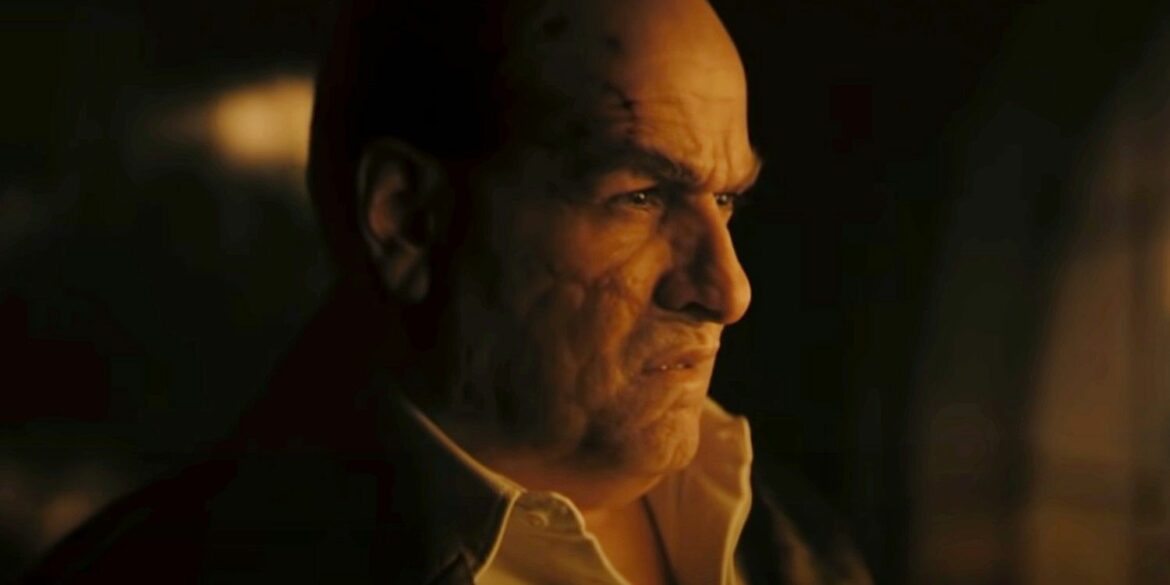 In a new interview, Colin Farrell reveals that his version of The Penguin in The Batman was inspired by Fred Corleone from The Godfather.

Colin Farrell has revealed that his portrayal of Oswald Cobblepot in The Batman was inspired by Fredo Corleone from The Godfather movies. The actor will play Penguin alongside Robert Pattinson’s Batman, Zoë Kravitz’s Catwoman, and Paul Dano’s Riddler in the upcoming film directed by Matt Reeves. The Batman is currently set to release in theaters in March next year, and will focus on the early years of Bruce Wayne’s career as the DC hero.

The Penguin has often served as one of Batman’s more grounded foes, relatively speaking. Generally depicted as a flamboyant Gotham City gangster, Oswald Cobblepot is a big-time mob boss who comes from a wealthy family, similar to Bruce Wayne. Various Batman iterations have sometimes played up the “penguin” element of the character to make him a more literal representation of the flightless bird (such as Danny DeVito’s version in Batman Returns), but it looks like Farrell’s version is will focus on the more gritty, street-wise organized crime elements of the character once again. However, it seems Farrell’s Penguin will also have some new inspiration thrown in for good measure.

With The Batman set to hit theaters soon, more information has come to light about the various influences behind it. In fact, in a recent interview with Empire, Farrell revealed that he worked with director Reeves closely on developing his Penguin, and drew his inspiration from The Godfather’s Fredo Corleone (played by John Cazale). The actor says the comparison tracks, since both characters hold insecurities over their respective places within their families. Farrell elaborated:

“[Reeves] mentioned Fredo to me, because Fredo’s crippled by the insignificance that he lives within, in a family that is full of very strong, very bright, very capable, very violent men. Which is why he commits the act of betrayal that he does, because he’s weak, he’s kind of broken, and he’s in pain. There is a kind of fracture at the core of Oz, which fuels his desire and his ambition to rise within this criminal cabal. Where that rise goes… I would love to get to explore that in the second film, if that was ever to happen.”

Farrell’s remarks make it abundantly clear that The Penguin’s familial connections are going to play a role in his depiction in The Batman. Also, the connection to Fredo Corleone suggests that he will be the black sheep in the family, willing to make power moves against his loved ones in an effort to gain respect. This is not unlike the late Cazale’s depiction of Fredo in the first two Godfather films, as Fredo (despite being older than Michael Corleone) often feels passed over by his siblings due to his perceived weakness and lack of intelligence. This leads to Fredo betraying his family, which ultimately leads to Michael ordering his death in The Godfather Part II, casting a shadow of guilt over Michael that lasts throughout The Godfather Part III.

Looking at Farrell’s comments about The Penguin, it seems that fans can expect a blend of both old and new versions of the character when The Batman debuts. Audiences have never seen a version of Oswald Cobblepot like this on the big screen before, but it does bear many similarities to the traits of The Penguin from the original DC comics. Now it’s a matter of seeing whether Farrell will indeed get to explore The Penguin over multiple movies, like Cazale ultimately got to do with Fredo in the Godfather trilogy. Audiences will get a chance to see this fresh version of The Penguin when The Batman debuts, which is so far shaping up to be a creepy and compelling performance.

Next: Why The Batman Isn’t Part of the DCEU