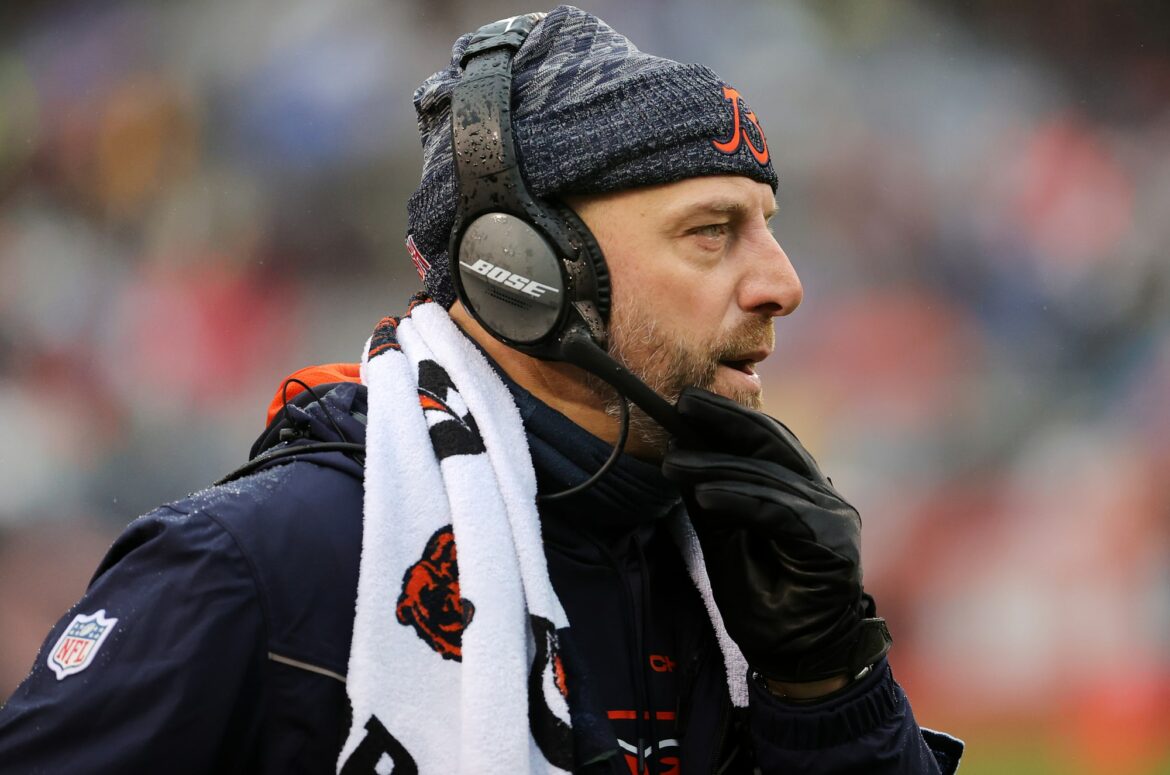 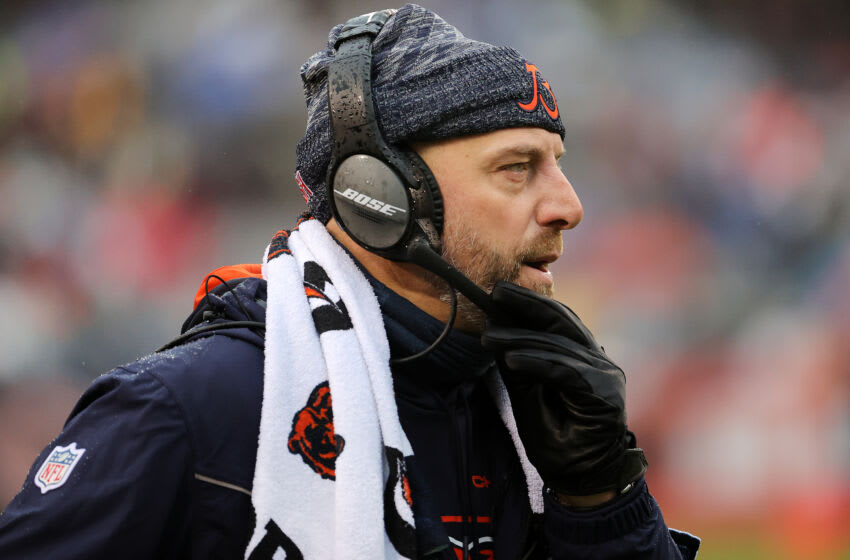 CHICAGO, ILLINOIS – DECEMBER 05: Head coach Matt Nagy of the Chicago Bears looks on during the first half of the game against the Arizona Cardinals at Soldier Field on December 05, 2021 in Chicago, Illinois. (Photo by Jonathan Daniel/Getty Images)

The Chicago Bears are going nowhere fast and they should do Matt Nagy a favor by putting him out of his misery.

The writing is on the wall for Chicago Bears’ head coach Matt Nagy, who will certainly be fired as soon as the season concludes. Chicago fell to the Arizona Cardinals 33-22 this afternoon to drop to 4-8 on the season, making a long-shot playoff berth even more unlikely than it was at the start of Week 13.

There were reports prior to the Bears’ Thanksgiving Day game against the Detroit Lions that Nagy was going to be fired after that contest only for the organization to quickly refute them. Chicago has never fired a coach in-season, a tradition they would break by firing Nagy now, but it seems silly to prolong his tenure any further at this point.

Why firing Matt Nagy now makes sense for the Bears

Things could get ugly quick for Nagy with the Bears set to renew the NFL’s oldest rivalry on Sunday night against the Green Bay Packers, who will be coming off a bye and have extra time to prepare for the matchup. Even getting Justin Fields back for that game wouldn’t do much for the Bears, who would essentially have to win out to reach the postseason, a path that is daunting with two games against the Vikings and a trip to Seattle on the schedule in addition to the Packers’ game.

The prudent move for Chicago would be to simply let Nagy go now and get a jump start on its search for its next head coach. The Bears can easily interview candidates who aren’t attached to NFL teams now, such as rising college coaches like Matt Campbell and Luke Fickell, while the drama swirling around Nagy’s future will no longer be a distraction for the team.

Maintaining a tradition is admirable but there comes a point where tradition can get in the way of progress. Retaining Nagy for another five weeks simply because that is how things have always been done is a self-defeating exercise that does no good for either him or the Bears.