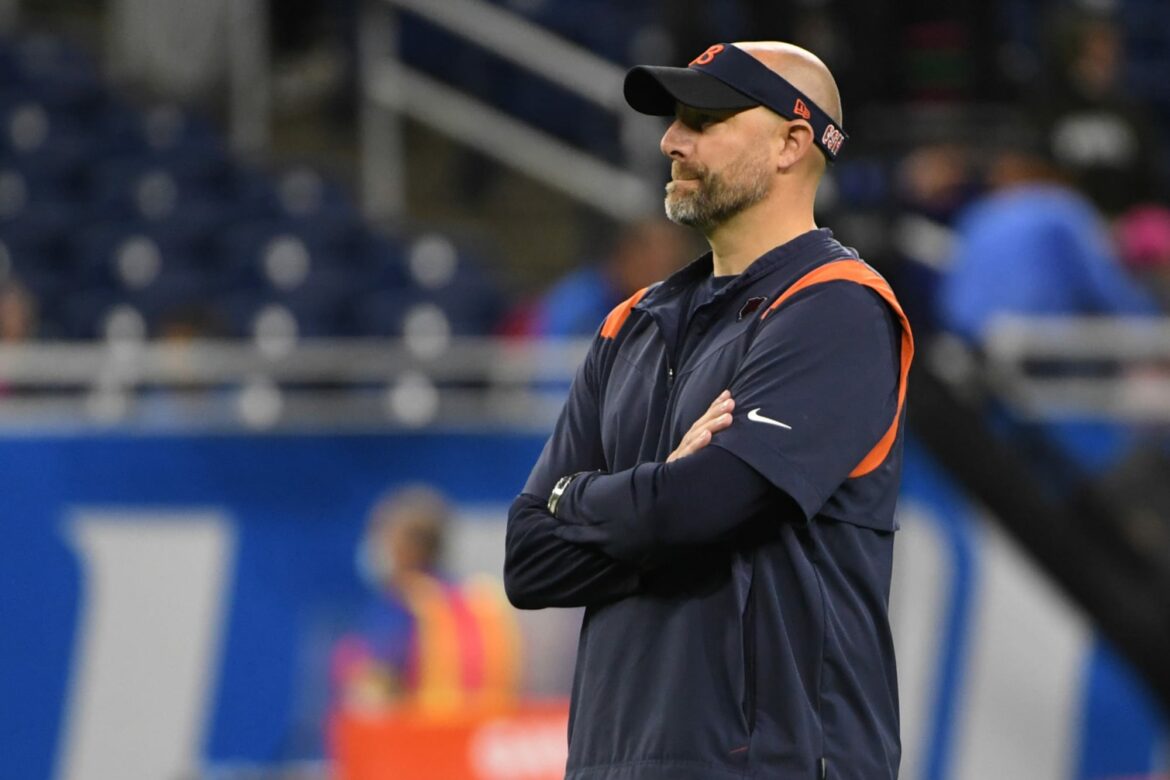 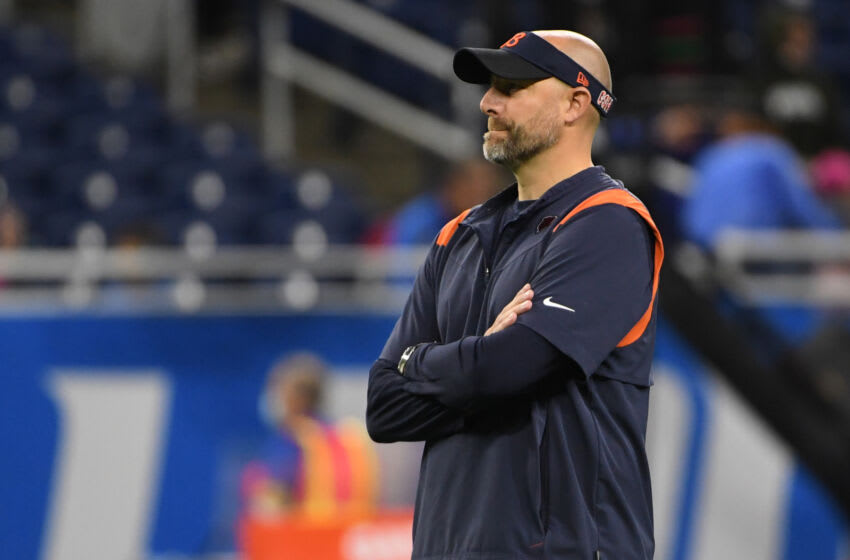 DETROIT, MICHIGAN – NOVEMBER 25: Chicago Bears head coach Matt Nagy looks on prior to a game against the Detroit Lions at Ford Field on November 25, 2021 in Detroit, Michigan. (Photo by Nic Antaya/Getty Images)

Before the start of the Thanksgiving showdown between the Bears and Lions, Chicago tried pulling a fast one with the refs but they fooled no one.

Just when you think the Chicago Bears fanbase can’t feel any more embarrassed, the team goes ahead and does this. On Thursday, Chicago is in the Motor City taking on the Lions for a Thanksgiving showdown.

During the coin toss, Detroit won things and chose to defer. Then, in truly stunning fashion, Chicago’s Christian Jones then tried to defer things once again. Excuse me? Yup, he can’t do that and this incident is now taking Twitter by storm.

Lions win the toss and defer. Bears then also try to defer and are told they cannot, so they’ll take the ball.

Is this a new low for the Bears? Probably. To make matters worse for them, Detroit opened the scoring on a Jared Goff touchdown pass. All week, rumors have swirled that head coach Matt Nagy could end up getting fired too.

This sequence with Jones and the coin toss isn’t going to help his case whatsoever. Should Chicago go on to lose against the winless Lions, Nagy’s seat will be hotter than ever. At this point, it’d feel like a major stunner if he’s not canned later this week.

It’ll be on Andy Dalton to try and get the offense going and help Chicago get a needed victory. Should this one head to overtime, though, maybe someone other than Jones should head out there for the coin toss.