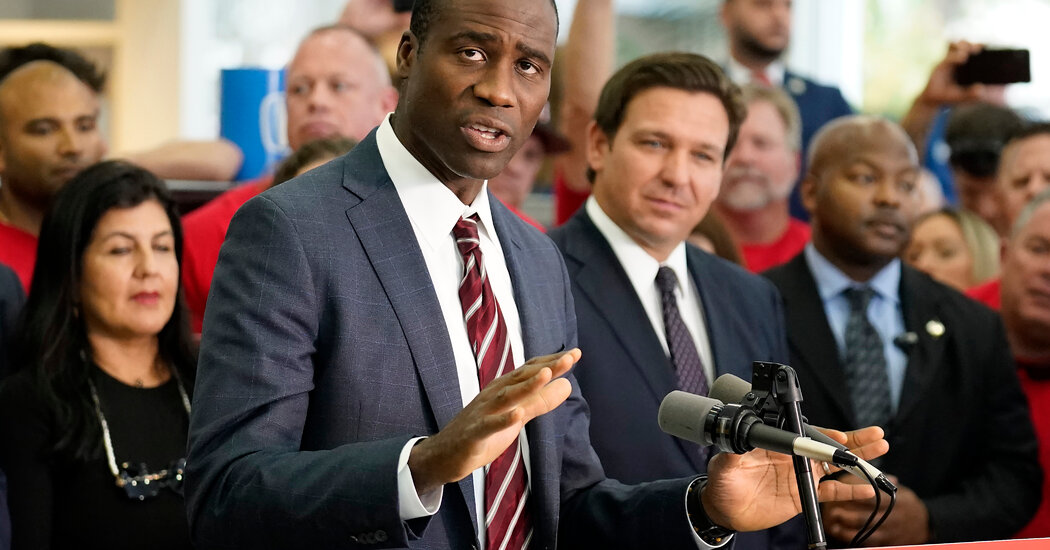 The Florida Department of Health did not respond to The New York Times’s requests to interview Dr. Ladapo.

Before the pandemic, Dr. Ladapo, 43, who immigrated from Nigeria when he was 5, was an accomplished clinical researcher at U.C.L.A., with degrees from Harvard in medicine and health policy. He focused on topics like smoking cessation and cardiovascular risk for H.I.V. patients.

In early 2020, he contacted Dr. Jeffrey Klausner, a professor of medicine at the University of Southern California, to discuss lockdowns, which Dr. Klausner saw as having limited utility.

In April 2020, Dr. Ladapo published an opinion essay in The Wall Street Journal, titled “Lockdowns Won’t Stop the Spread.” He argued that it was too late to stop the virus altogether, so policymakers should consider the heavy toll of shutdowns and not just “the singular goal of reducing Covid-19 deaths.”

A few months later, Dr. Ladapo appeared clad in a white medical coat on the steps of the United States Capitol with a group of people who called themselves “America’s Frontline Doctors.” Some physicians in the group gave misleading claims about the virus, including that the drug hydroxychloroquine was an effective treatment. The Food and Drug Administration advises otherwise, warning that it could cause irregular heart rhythms.

A video of their appearance, shared by President Donald J. Trump, went viral online before social media platforms could remove it for spreading misinformation. One of the group’s founders, Dr. Simone Gold, was later charged with violent entry and disorderly conduct in the Jan. 6, 2021, Capitol siege.