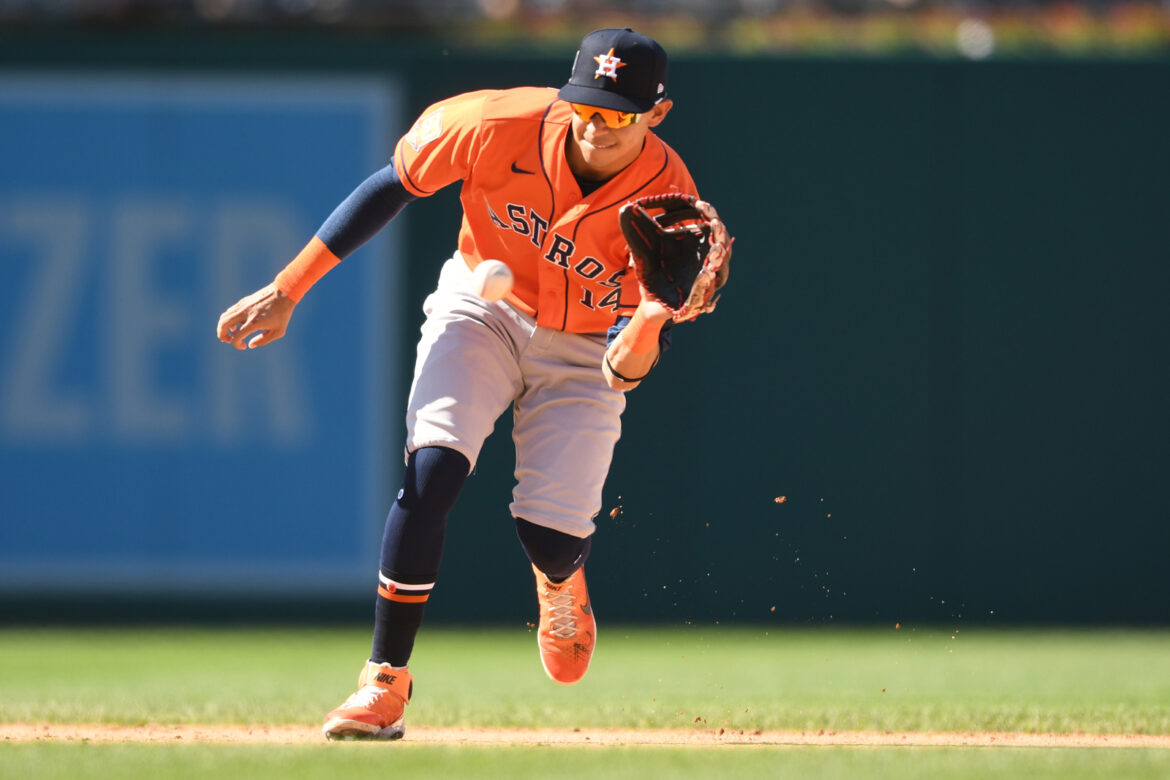 In Dubon, the Astros are taking a chance on a young and versatile infield option who can also play some outfield too. With the emergence of Thairo Estrada on the Giants roster with Tommy La Stella nearing a return from the injured list, the Giants simply no longer had room for Dubon on their active roster.

Dubon, still just 27 years old, joins the Astros in what will be the third trade he’s been a part of in his still very young career.

Two games into his Brewers tenure, he was flipped to the San Francisco Giants in exchange for Drew Pomeranz, a move that worked out for the Brewers in a big way.

Houston Astros get even better with addition of Mauricio Dubon

Four years, 500+ plate appearances, 15 home runs and 2.2 bWAR later, Dubon now finds himself as a member of the Houston Astros where he will function as an oft-used bench bat that can play second, third, shortstop, or any of the three outfield spots. So far this season, Dubon has a .234 batting average with two home runs, 8 RBI and 10 runs scored in his first 22 games, including one last night with the Astros.

With Jose Altuve, Jeremy Peña and Aledmys Diaz all missing at least one game due to injury in the past week and Niko Goodrum struggling to the point of a demotion to the minors, the Astros could use a backup option in the event of more injuries.

In Papierski, the Giants are acquiring a 26-year-old backstop who has yet to crack the major leagues for the first time. He has hit over 10 home runs in a season just once and strikes out a lot. His eye is one of the only positives to his profile on offense, as he routinely draws a ton of walks, sometimes even more than he strikes out.

To begin the 2022 season in Triple-A Papierski has been seeing a lot of time at first base due to the fact that he has posted poor defensive metrics behind the plate to this point.

As things currently stand, the Astros find themselves tied for first place with the Los Angeles Angels in the AL West. The Astros seem to have a better long-term club and should find themselves comfortably in a playoff spot come the end of the year.