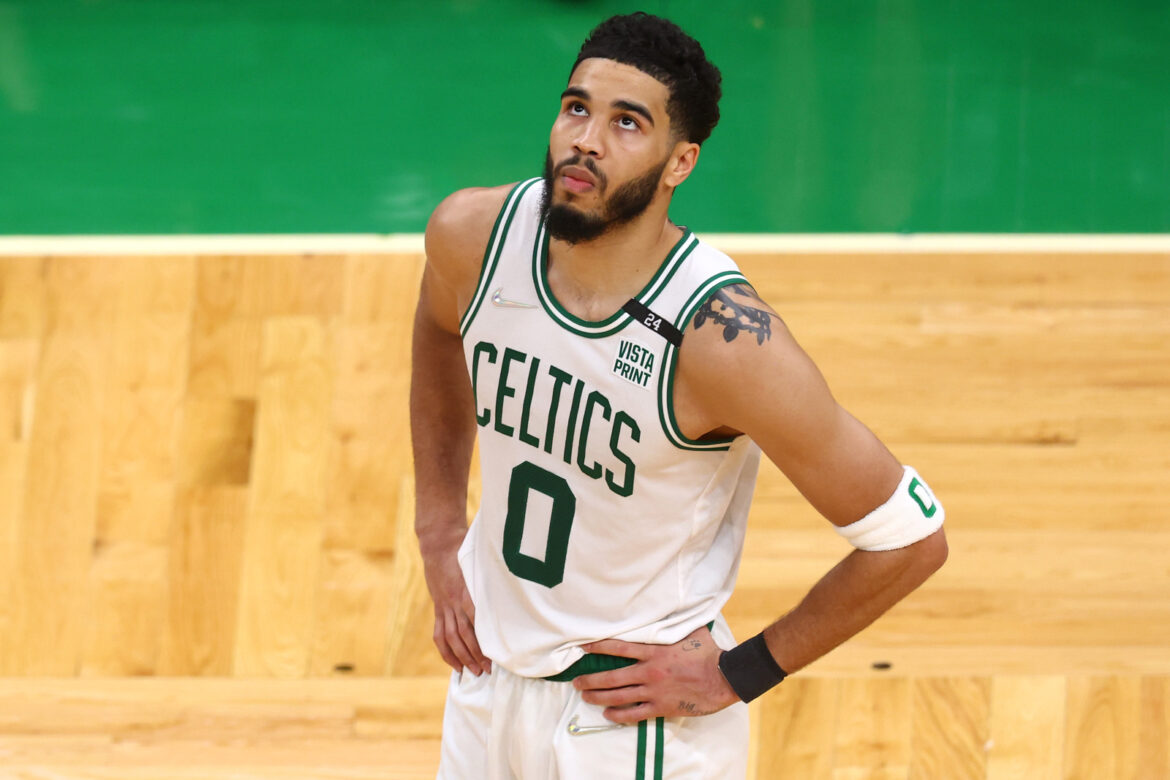 The NBA playoffs have a way of highlighting deficiencies like nothing else can. Each subsequent round of the postseason requires greater levels of execution, precision and skill, until eventually only the players and coaches who have mastered every detail are left standing. In games where every possession matters, the finer points make all the difference.

The Boston Celtics’ first appearance in the NBA Finals (with this iteration of the team) laid bare all of the intricacies they have yet to grasp and highlighted every subtle weakness they must address over the offseason. Chief among those issues was an inability to consistently generate quality shots in the halfcourt — a problem that loomed increasingly large as the Finals progressed. 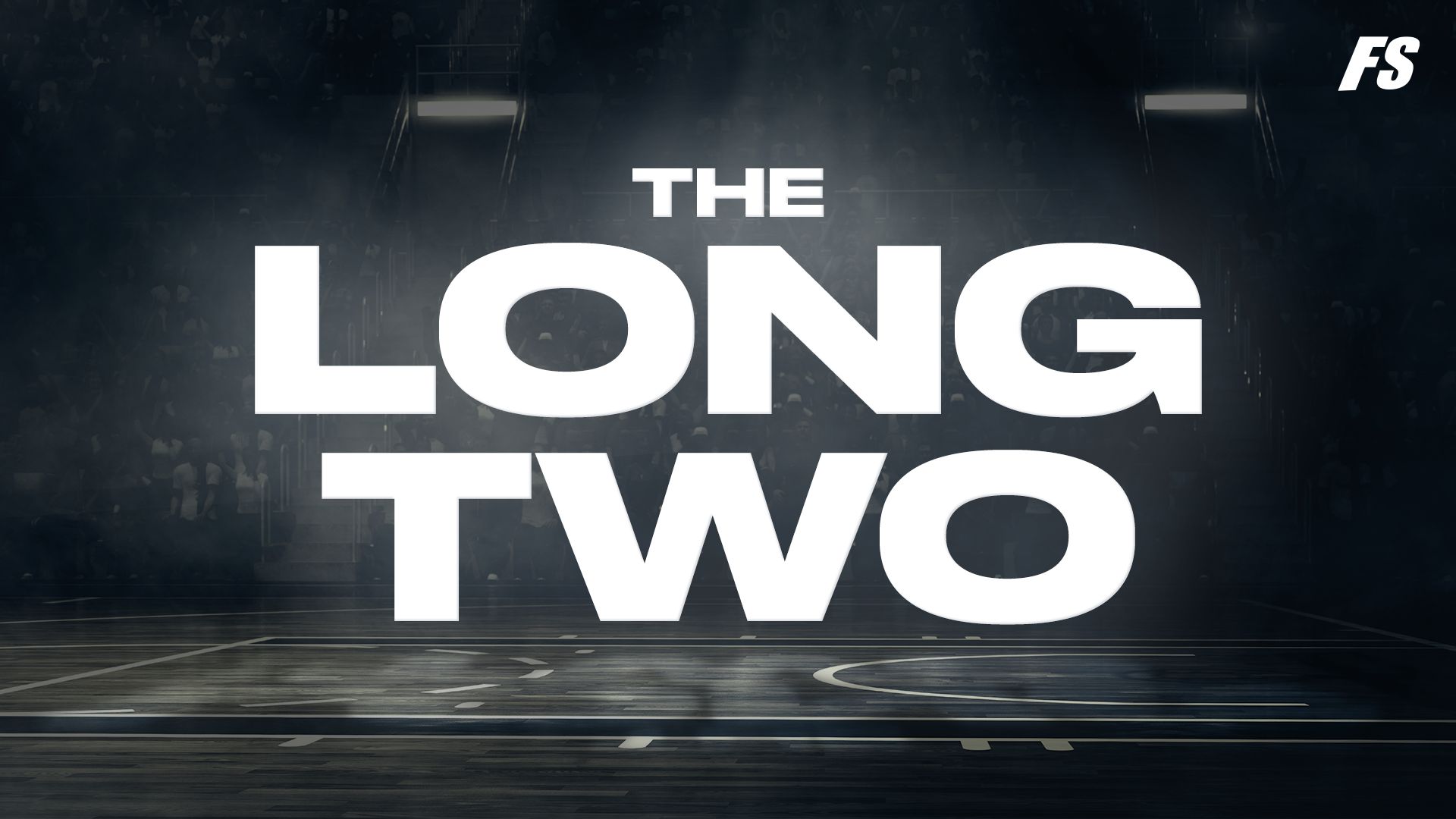 How can the Boston Celtics improve their halfcourt offense?

This season was the first of Jaylen Brown and Jayson Tatum’s careers that Boston fully leaned into the defensive identity that made them a regular-season juggernaut. That commitment to defense, however, came with an offensive tradeoff. The Celtics sacrificed ball-handling and playmaking for size and defensive versatility, betting that they could create enough by committee to keep the offense above water.

For the better part of the season, that theory proved true as they shot and moved the ball well enough to overcome the absence of a primary ball-handler. Yet as the Finals wore on, the lack of top-end offensive creation left Boston gasping for air against the Warriors’ strangling defense. Golden State shrunk the floor and shut off the Celtics’ ball movement late in the series, which confined Boston into tighter spaces and forced nearly 17 turnovers per game. Tatum, Brown and Marcus Smart accounted for most of those giveaways, and the Celtics desperately needed someone to settle the offense in moments of disarray.

This was exacerbated by a paper-thin bench, which withered to a point of near-nonexistence by the end of the Finals. After a mostly strong postseason, Derrick White became a non-factor when the Warriors dared him to make plays and Steph Curry grew comfortable with that matchup; Grant Williams didn’t have much of a role against a team without a frontcourt scorer for him to bang with; Payton Pritchard’s jumper never came around and Daniel Theis didn’t bring much to the table; six more Celtics all technically logged minutes in garbage time, but none were ever remotely viable options to play competitive minutes.

That left Boston with vanishingly few players who could make a real impact on the court, which forced Ime Udoka to play his stars to a point of exhaustion. Tatum logged more than 40 minutes per game in the Finals and 41 for the entire playoffs, sapping not only his capacity to create offense but his defensive bandwidth as well. He became much closer to a neutral defender after an excellent first-round showing against the Nets, and eventually buckled under the offensive weight he had to carry. Brown’s defense also tailed off as his minutes piled up while Rob Williams’ knee injury mitigated a gargantuan per-minute defensive impact.

As currently constructed, the Celtics don’t have a player who threatens elite defenses as both a passer and scorer, which leaves them vulnerable to offensive droughts. Tatum, Brown and Smart all pressure opponents in different ways, but none combine the kind of elite scoring and playmaking that truly bends great defenses out of shape. If Tatum is better suited as a multifaceted secondary creator than the primary pillar of an offense, Boston must either find that first option elsewhere or significantly improve its playmaking depth in order to alleviate the pressure on Tatum and Brown.

Converting some of the dead weight at the end of the bench into usable talent would help, but Boston may need more substantive changes to address its offensive shortcomings. Dynamic pick-and-roll point guards aren’t easily acquired, and barring a shocking trade the Celtics don’t have a realistic way to get that sort of player. Rounding out the roster with capable rotation players rather than a single big fish feels more sensible than making a drastic change, though even that could be difficult with so much of the roster already in place moving forward. The degree to which Boston is willing to compromise its top-ranked defense for the sake of offensive firepower this summer will be telling.

Could Jayson Tatum become the primary creator the Celtics need?

Of course, adding a high-end primary playmaker might be as simple as riding the next wave of Tatum’s development. The step from contender to champion often hinges on the growth of a team’s best player, and these Finals gave Tatum plenty to build upon. He took major strides as a passer this season, but Tatum still isn’t the kind of playmaker who can manipulate and pick apart elite defenses in the playoffs.

Golden State helped aggressively on Tatum early in the Finals, and he took what the Warriors gave him by making simple passes to teammates. By the end of the series, however, the Warriors had stopped giving him those easy outlets, which muddied Tatum’s vision and forced complex reads he often couldn’t make:

That adjustment also coaxed him into playing more in isolation, where he struggles to score efficiently. Tatum has graded out as an average or worse isolation scorer almost every year of his career, and over the last four seasons, he’s shot under 39 percent between 14 feet and the 3-point line — including 26 percent in the Finals.

For all but a handful of players, those shots simply don’t drive efficient team offense. Tatum’s shooting struggles were also compounded by his inability to pressure defenses at the rim like the league’s best offensive wings do. His relative lack of upper body strength and straight-line quickness makes it difficult to absorb contact and create space against strong wings or power through defenders in the paint. He’s never shown great extension or touch around the basket, and he shot just 53 percent at the rim against the Warriors’ suffocating interior defense.

Tatum also relies heavily on shoving defenders with his off-arm and has a bad habit of seeking out cheap contact in the paint instead of actually trying to shoot. Adding strength and craft as a driver could make Tatum a significantly greater threat to finish at the rim, which would in turn open up more easy jumpers and passing angles:

None of this is to suggest Tatum wasn’t terrific in the playoffs, or pin Boston’s fizzling exit entirely on him. But these are the kinds of details that separate elite players from great ones. If a star has even a minor hole in his game, teams like the Warriors will identify and exploit it until the player either improves or unravels. Tatum is still climbing the ladder of NBA stardom, one level at a time. Surely new layers of his game wait to be uncovered now that he’s been shown exactly what he needs to address.