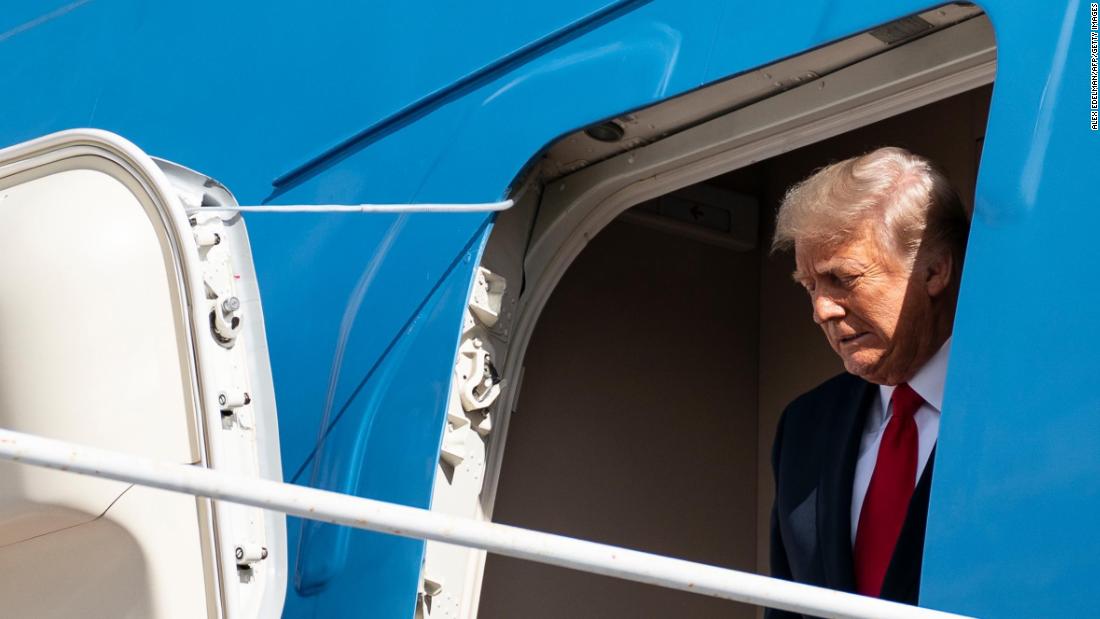 Davis is also sitting on a campaign war chest that could be hard to beat. His latest report to the Federal Election Commission showed he had $1.2 million on hand at the start of the year. By comparison, Miller began 2022 with just $415,000.

The dynamics in the GOP primary in West Virginia’s 2nd District are similar.

Mooney nabbed Trump’s endorsement in November, but the fourth quarter of 2021 was one of his lowest-performing fundraising periods.

He raised just $200,000 in those three months, while McKinley, in the same time frame, posted his highest quarterly haul of the year: $1.1 million, which included $500,000 of his own money. Mooney was still able to maintain a cash-on-hand advantage, though, and ended 2021 with nearly $2.4 million to McKinley’s $1.6 million.

Trump’s bets against Murkowski and Cheney could fall flat

While the GOP primaries in Illinois’ 15th and West Virginia’s 2nd are the only two for now in which two incumbents are facing off, some of Trump’s chosen candidates in other races are also struggling to keep up.

Trump promised retribution against those Republicans in Congress who voted to impeach or convict him in 2021. However, both Wyoming Rep. Liz Cheney and Alaska Sen. Lisa Murkowski have dramatically outraised their Trump-endorsed primary opponents.

In Wyoming, Cheney raised $1.6 million more than Harriett Hageman in the fourth quarter of 2021, and in Alaska, Murkowski brought in nearly $1.4 million to Kelly Tshibaka’s $602,000.

And Trump’s involvement in GOP primaries has left the House Republican campaign arm in an awkward spot.

When asked about Trump’s endorsements in intraparty races, National Republican Congressional Committee communications director Michael McAdams reiterated the NRCC position that the organization “does not get involved in primaries.”

But last year, NRCC Chair Rep. Tom Emmer of Minnesota warned it wouldn’t be “helpful” for Trump to get involved in primaries after the former President promised to help candidates challenge Republicans who voted to impeach him.

Trump spokesman Taylor Budowich told CNN that all candidates endorsed by Trump “are in a strong position to win, and will continue to be supported throughout the campaign.”

“Having the resources necessary to win is important, but having the fundraising advantage is not determinative to the outcome, especially when running against out-of-touch career politicians. These candidates all have the most powerful and valuable asset in American politics, the endorsement of President Trump,” Budowich said in a statement.

Trump’s leadership political action committee, Save America, gave a combined $205,000 to dozens of federal candidates endorsed by the former President between July and December 2021, according to its FEC report filed January 31.

It’s not just Republican incumbents who are competing against each other in primaries because of redistricting. While Democrats have emerged from the redistricting process so far with more safe seats than initially predicted, three of their members will still be ousted because they have to face off against fellow incumbents in primaries.

But in each of those races, there’s a clear money leader.

Georgia Democratic Reps. Carolyn Bourdeaux and Lucy McBath both won their initial House elections by flipping suburban Atlanta districts (Bourdeaux in 2020 and McBath in 2018). But McBath has walloped Bourdeaux in fundraising so far in the primary for the newly redrawn 7th Congressional District.

Georgia’s new congressional map gives Republicans an edge in nine districts, to Democrats’ five. Republicans have an 8-6 advantage under the current map.

McBath is also being powered by small-dollar donors. In the fourth quarter, $137,000 of her fundraising haul came from contributions of $200 or less. Bourdeaux reported $37,000 from the small-dollar donor base.

Levin’s lackluster fundraising highlights a question Stevens has levied against her opponent: Why did Levin decide to run in the 11th District when much of the territory he currently represents was placed in the new 10th Congressional District?

Levin — whose father, Sander Levin, was a Michigan congressman for 36 years — told a local news outlet he decided to run in the 11th District to “honor the process” of the state’s independent commission that drew the new map, which placed his home in the 11th District.

“I decided to run for reelection in the district where I live,” Levin said. “[My wife] and I have lived in our house for 16 years, five generations of my family have lived in the new 11th District.”

In Illinois, Rep. Marie Newman had to choose between two fellow Chicago-area Democratic representatives to run against.

Newman was placed in the state’s redrawn 4th Congressional District after redistricting, but she decided to avoid a primary race against Democratic Rep. Jesús “Chuy” García.

Instead, she chose to run against Rep. Sean Casten in Illinois’ newly redrawn 6th Congressional District.

Newman could have the advantage in the primary because the new district includes more of her current constituents than Casten’s. But she has fallen far behind her opponent in the money race.

Newman is the subject of a House Ethics Committee investigation for allegedly promising federal employment to an opponent in exchange for political support. She has denied the allegations.