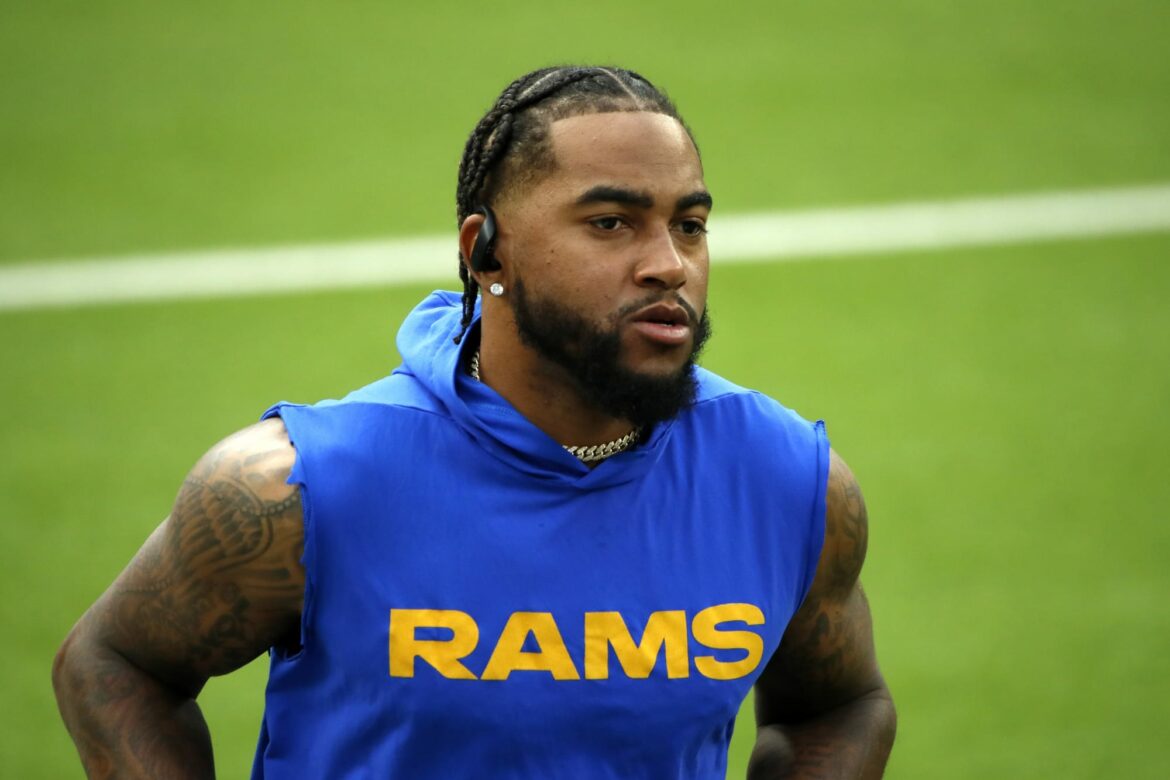 INGLEWOOD, CALIFORNIA – OCTOBER 24: DeSean Jackson #1 of the Los Angeles Rams warms up prior to the game against the Detroit Lions at SoFi Stadium on October 24, 2021 in Inglewood, California. (Photo by Katelyn Mulcahy/Getty Images)

The Los Angeles Rams look like they’re ready to trade veteran wide receiver DeSean Jackson ahead of next week’s deadline.

It’s looking like the playing days of veteran wide receiver DeSean Jackson are numbered. While Jackson is still a speedster and has plenty left in the tank, he’s simply not seeing a lot of playing time due to LA’s loaded depth at the position.

According to NFL insider Ian Rapoport, both Jackson and the LA front office have come to an agreement that his future is best suited elsewhere, as he’s been given the green light to try and seek a trade.

The #Rams and WR DeSean Jackson have mutually agreed to seek a trade partner, sources tell me and @MikeGarafolo. The 34-year-old can still run, averaging 27.6 yards per catch this year, including a 75-yard TD.

DeSean Jackson is expected to be traded ahead of the deadline

On the season, Jackson only has eight receptions for 221 yards and one touchdown to his name. With that said, he looked fantastic in the win over Tampa Bay in late September, as he posted three receptions for 120 yards and a touchdown. That score game on a 75-yard play, which really had Rams fans excited.

Things have only gone downhill from there for Jackson, as he’s only hauled in three balls since that victory. Not only that, Matthew Stafford has barely even been looking his way. That much was evident in the Week 7 win over the Lions, as Jackson didn’t have any catches and finished the game with only one target.

With Jackson being such a gamer, the lack of productivity isn’t something he’s a big fan of. As we said, though, the Rams are simply loaded at wideout and they don’t really need him. Because of this, Jackson will now have the chance to try and find a different team to suit up for. We should know at some point next week just where he’ll be headed.