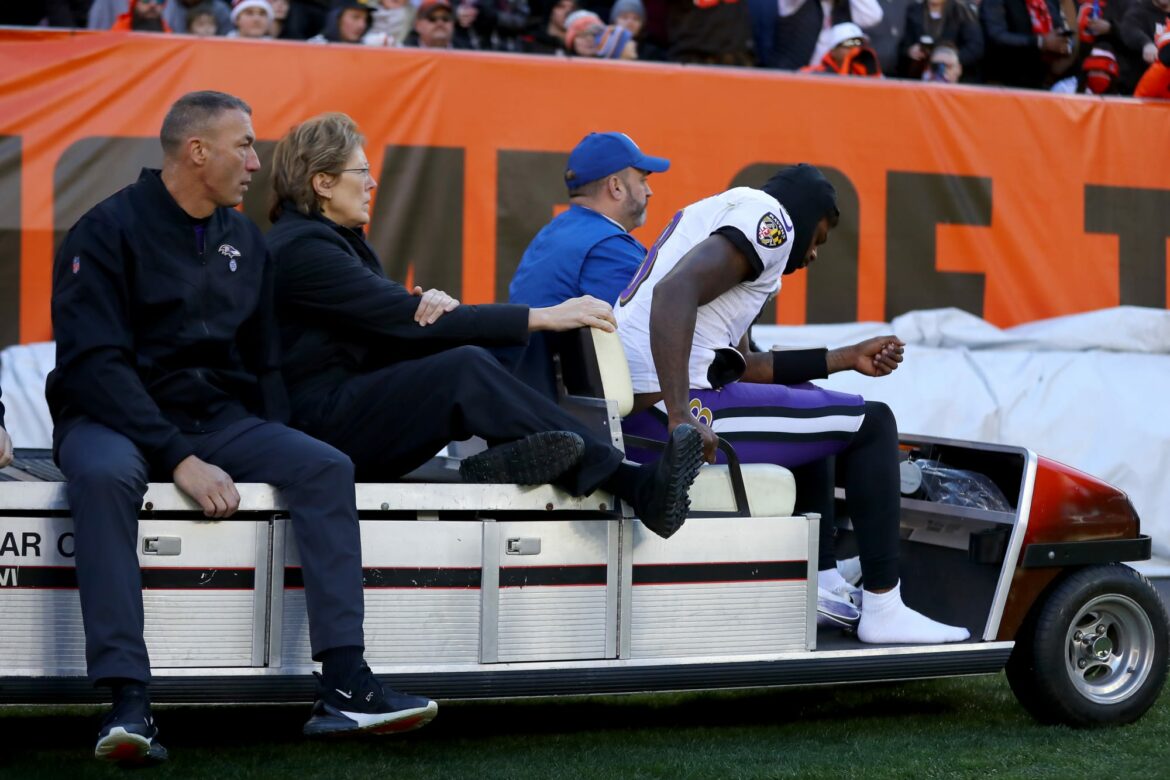 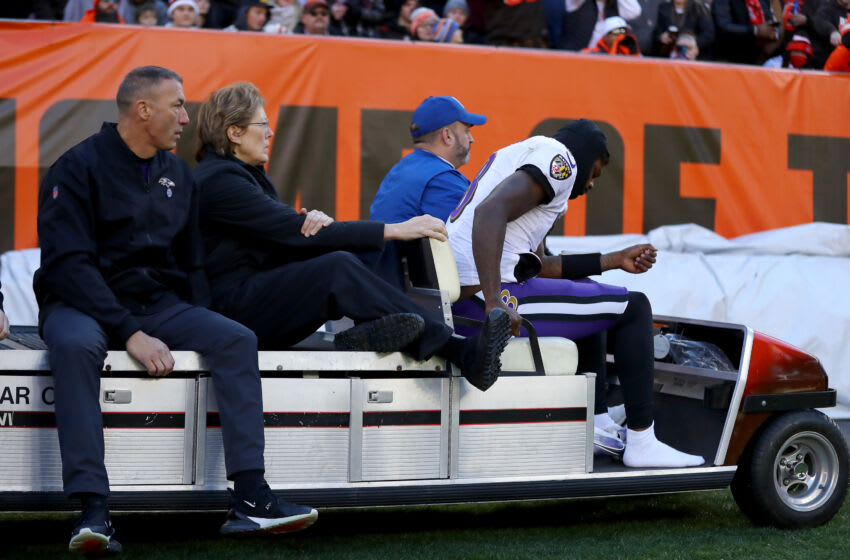 CLEVELAND, OHIO – DECEMBER 12: Lamar Jackson #8 of the Baltimore Ravens is carted off the field after suffering an injury in the first half against the Cleveland Browns at FirstEnergy Stadium on December 12, 2021 in Cleveland, Ohio. (Photo by Mike Mulholland/Getty Images)

There’s major concern for the Baltimore Ravens right now, as star quarterback Lamar Jackson was carted off the field on Sunday with an ankle injury.

Hearts dropped everywhere on Sunday in the middle of the showdown between the Baltimore Ravens and Cleveland Browns. In the first half, quarterback Lamar Jackson got his ankle rolled up on and he was down on the turf in a ton of pain.

Jackson was able to limp off the field, but then things were made worse for the team when he ended up getting carted off the to the locker room. Now, Jackson’s status is completely up in the air. With Tyler Huntley taking over the offense, we don’t have to tell you that this isn’t a postseason team if Jackson does miss multiple weeks.

No disrespect to Huntley, but he’s not even close to the same kind of quarterback that Jackson is. Entering Sunday’s meeting with the Browns, Baltimore had an 8-4 record, but they’ve got the 7-5 Steelers and 7-5 Bengals right behind them.

Assuming the Ravens lose to the Browns, they’d fall to 8-5 themselves. Then, let’s say Jackson misses several weeks, or the rest of the season. Do fans really have a ton of confidence in Huntley to lead this team to some key wins down the stretch?

It just doesn’t seem likely. For now, folks in Baltimore can only hope that Jackson’s injury isn’t as serious as everyone fears it is. Otherwise, the dreams of going on a deep postseason run will come to a quick end. Matter of fact, Baltimore likely wouldn’t even make it the playoffs. That’s how important Jackson is for this team as a whole.