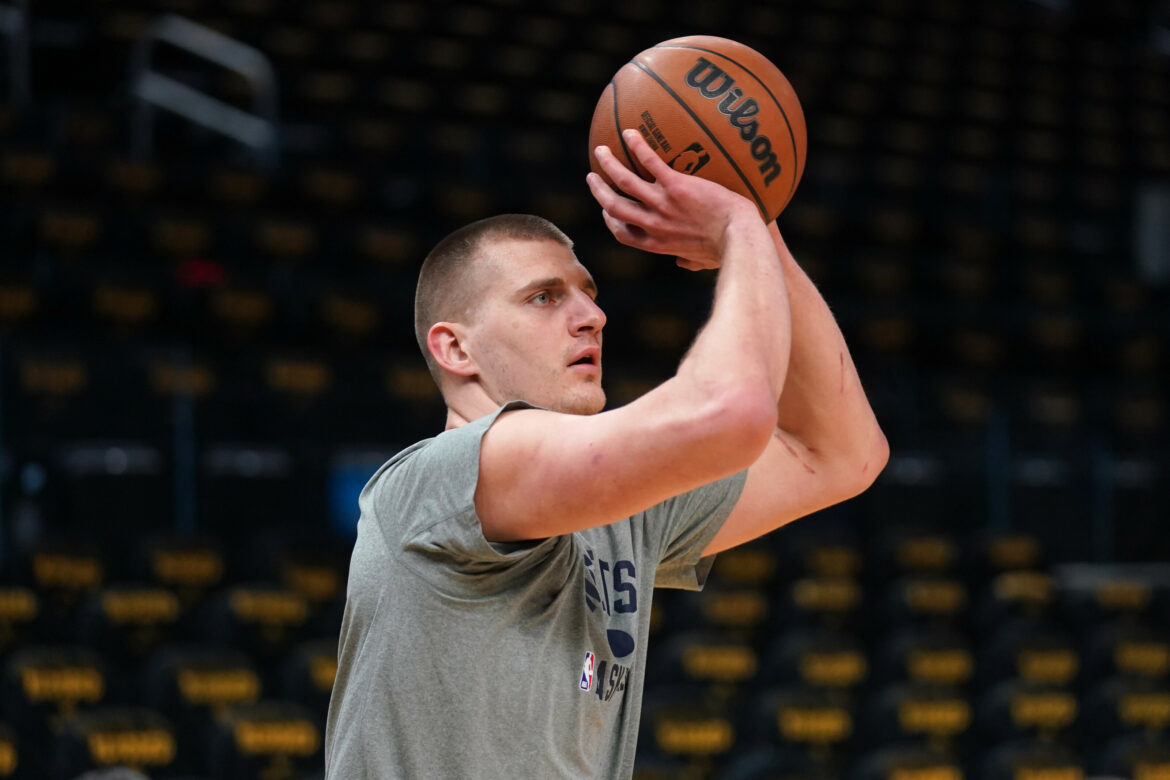 This morning, ESPN’s Adrian Wojnarowski broke news that Nikola Jokic had been selected as the NBA MVP, with an official announcement to come later this week. It was Jokic’s second consecutive MVP award and put him in a select group as just the 12th player in league history to win back-to-back MVPs.

It appeared to be a tight race this season with conversation centering around Jokic, Giannis Antetokounmpo and Joel Embiid. However, Jokic has an extremely compelling narrative with some of his key teammates missing most or all of the season and a historic stat line to buoy it. You can play “find the eye-popping” stat with Jokic forever but here are a few that really put the icing on his MVP cake this year.

1. Nikola Jokic became just the third player ever to average 25+ points, 10+ rebounds and 7+ assists per game

Jokic joined elite company this season by becoming just the third player in NBA history to average at least 25 points, 10 rebounds and 7 assists per game in multiple seasons. The other two are Russell Westbrook and Oscar Robertson, both of whom managed triple-double averages for a full season.

What makes this even more remarkable is how rarely anyone else has even approached this threshold. Larry Bird is the only other player to have managed a 25+ point, 10+ rebound and 6+ assist season, back in 1984-85.

Lower the threshold to 5+ assists and we still only add DeMarcus Cousins, Elgin Baylor, Charles Barkley two Kareem Abdul-Jabbar seasons, two Wilt Chamberlain seasons and four Giannis Antetokounmpo seasons. Also, there is the matter of efficiency. Jokic and Antetokounmpo are the only players to have ever averaged 25+ points, 10+ rebounds and 5+ assists with a true shooting percentage of 60 or better.

2. Nikola Jokic produced an average of 10.8 points for every minute the ball was in his hands

Jokic did not lead the league in points created this season (points scored plus points created by assist) — that honor went to Trae Young by a wide margin. And even if you account for the fact that Young played about 600 more minutes than Jokic did, he doesn’t rise to the top of the list — still trailing both Young and Luka Doncic in points created per 36 minutes. But, accounting for how much time each creator needed the ball in their hands to create those points, we can see what an absurd outlier Jokic is.

Jokic created 525 fewer points than Young this season but he had the ball in his hands for 341 fewer minutes. Per-minute of possession, Jokic created almost twice as many points as Young with Giannis (who is increasingly an offensive finisher rather than pure creator) as the only other player even close to Jokic’s rate of production.

3. Nikola Jokic was even better than his first MVP season

This is more of a fact than a stat, but Jokic won the MVP last year and then improved in nearly every major statistical category in a season where his best, healthy, teammate was Aaron Gordon. Obviously, we’d expect his counting stats to go up in a season where he’s carrying an even larger offensive load but he also posted career-bests in rebound percentage, 2-point percentage, true shooting percentage and free-throw rate. He also scored 1.17 points per possession on post-ups, by far the best mark of his career and the top mark in the league of anyone who averaged at least two post-ups per game.

The Sacramento Kings have reportedly hired Mike Brown as their next head coach. It’s not the most inspiring hire but, honestly, even getting themselves onto the treadmill of mediocrity would be a win at this point.

This is a fun thought exercise — who are the most untouchable players in the NBA right now?

From the WNBA’s Opening Weekend, Becky Hammon has the Aces looking different and Rhyne Howard looked like a star in the first game of her career.

The magic of an improbable underdog win can make a fan out of anyone — like a slew of unlikely Denver Nuggets fans, converted in 1994.