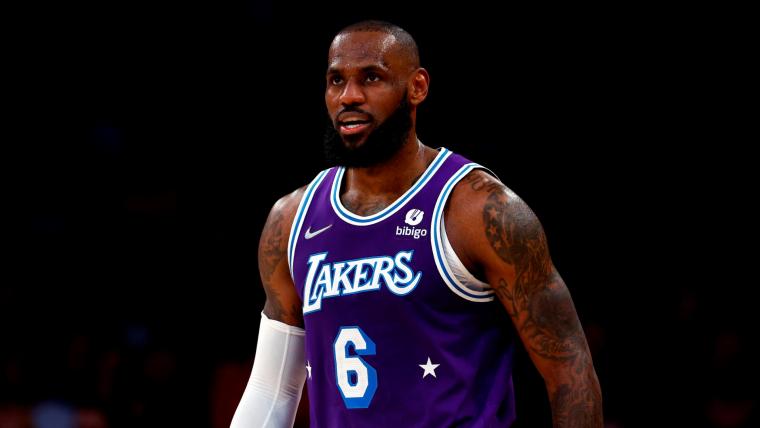 Just when you think you’ve seen it all from LeBron James, the Lakers star goes out and scores 50 points not once, but twice within a week.

We’ve grown accustomed to James doing the unthinkable, but for someone to be playing at this level this late into their career is unheard of.

Here are four numbers that prove James shouldn’t still be this dominant.

With less than a month to go in the season, James finds himself in a three-man race for the scoring title, with him, Joel Embiid and Giannis Antetokounmpo each averaging 29.7 points per game. Whether or not he will win the scoring title remains to be seen, but James would become the oldest player in NBA history to ever lead the league in scoring if he does.

And it’s not particularly close.

This is your reminder that James turned 37 years old in December.

James has led the league in scoring once before. Back in 2007-08, he averaged 30.0 points per game to take home his first and only scoring title to date.

If James wins the scoring title this season, the 14-year gap would be the longest ever.

The No. 1 pick in the 2003 NBA Draft, James is now in his 19th season. According to Stathead, his 29.7 points per game are the most anyone has averaged at this stage of their career

Once again, it’s not particularly close.

Lakers legend Kobe Bryant ranks second with 22.3 points per game, although he appeared in 35 games that season. Kareem Abdul-Jabbar, Dirk Nowitzki, Carmelo Anthony, Karl Malone and John Stockton are the only other players who have ever averaged double-figures scoring in their 19th season.

For perspective, only 23 players have ever played 19 seasons in the NBA, and most of them had one foot out the door.

James is now only 136 points from surpassing Malone in second place on the NBA’s all-time scoring list. At the rate he’s getting buckets this season, he’ll need only five more games.

James is still a ways away from catching Abdul-Jabbar at No. 1 (1,595 points), but is anyone doubting that he can do it anymore?