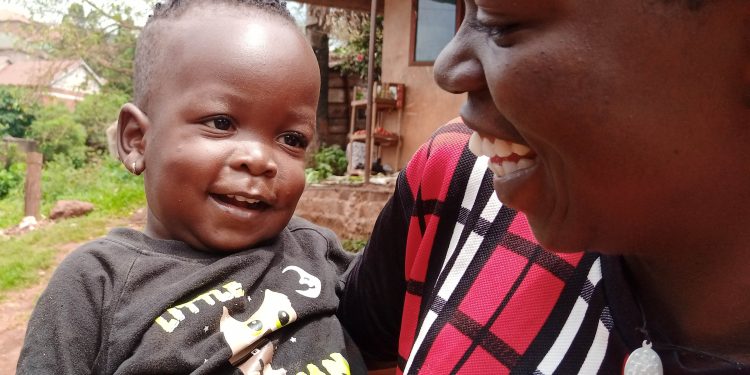 A baby who was stolen from her parents by medics at a hospital, and given to another couple, has grown up into a big baby. Journalists from a city website visited the parents at their home in Salaama in Makindye division, and this is a report we picked from News Day. 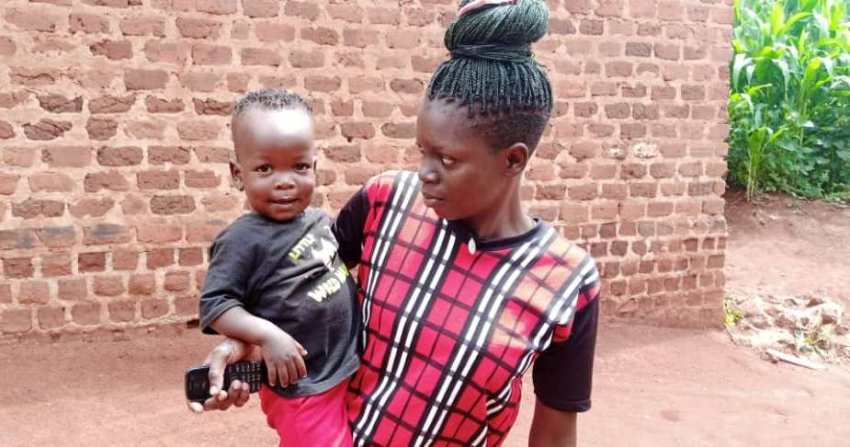 But with a swift intervention of the head of the State House Anti Corruption Unit (SH-ACU), Col Edith Nakalema, the baby was reunited with the real parents with whom it is now happily living, aged one year and seven months. 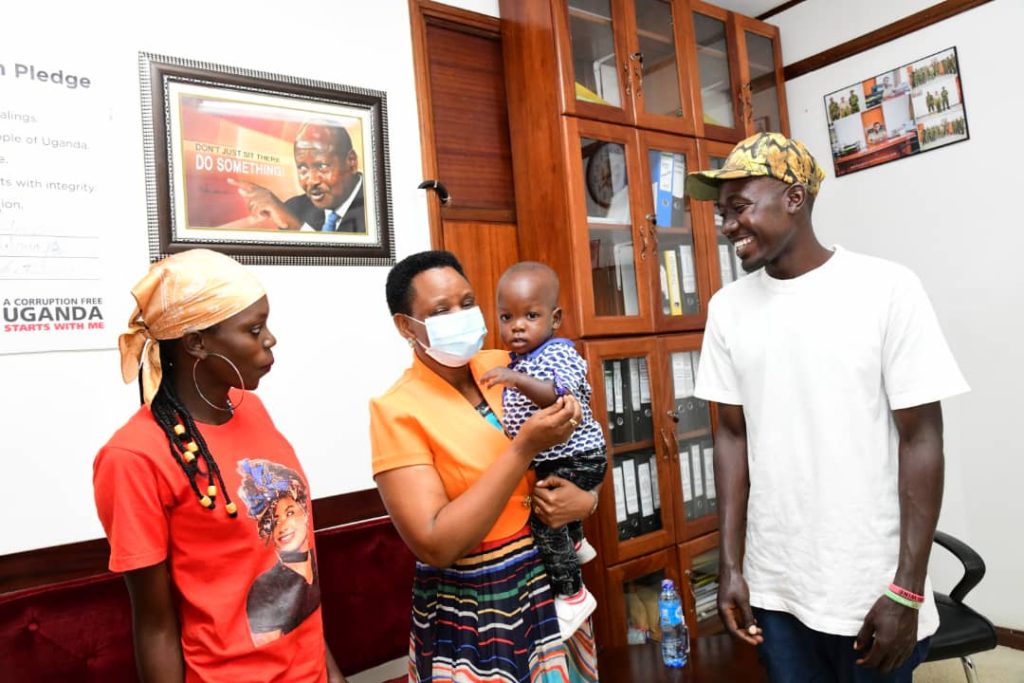 Col. Nakalema with Miracle and his parents Awino and Engong in April 2021.

The owner of Kamic Medical Centre Kawempe, Dr George Ssenkoomi had allegedly received millions of shillings from a wealthy family of pastors of Yesu Akwagala Ministries in Kawempe- Maggie and Patience Raymond, whose child had died but at any cost, they had to have a living baby.

The operation was carried undertaken but later, the doctor told the father that the baby was born with a hole in the heart, so they had put it on oxygen.

Moments later when Engonga entered the award to see their ill baby, the doctor showed him a dead baby who had been dressed in the clothes he had brought and the body was given to them. 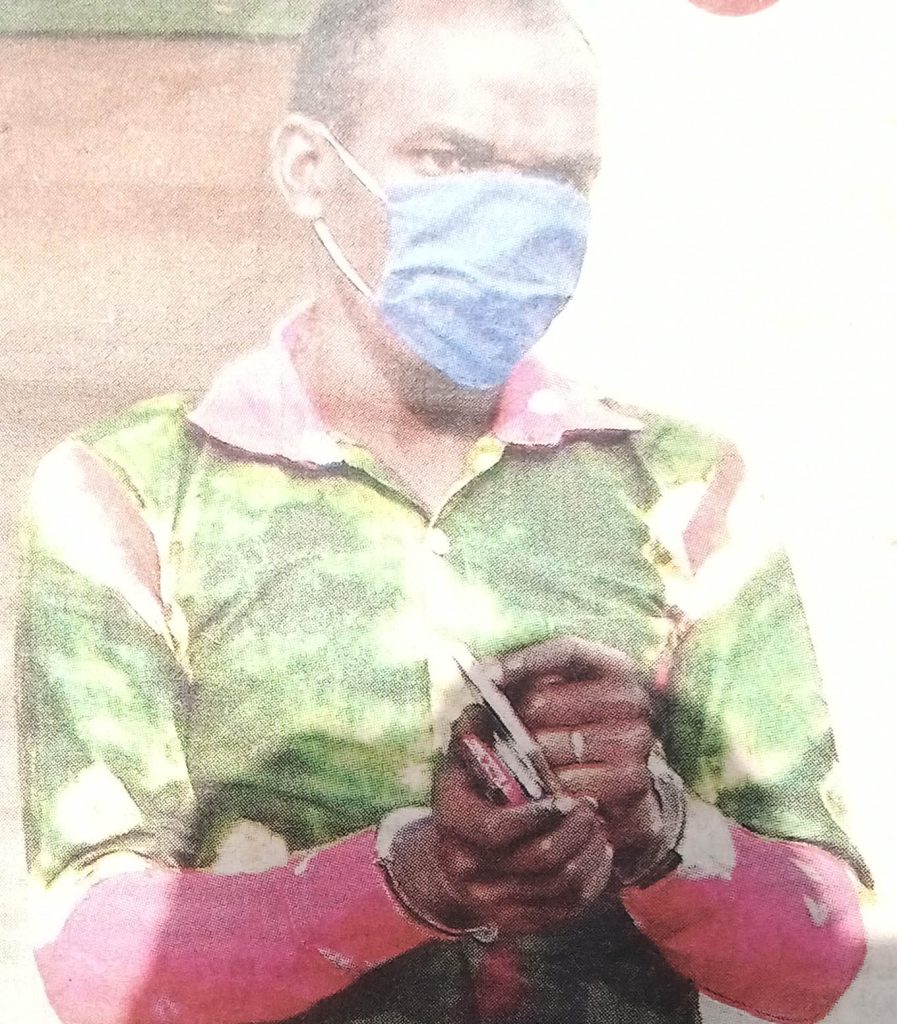 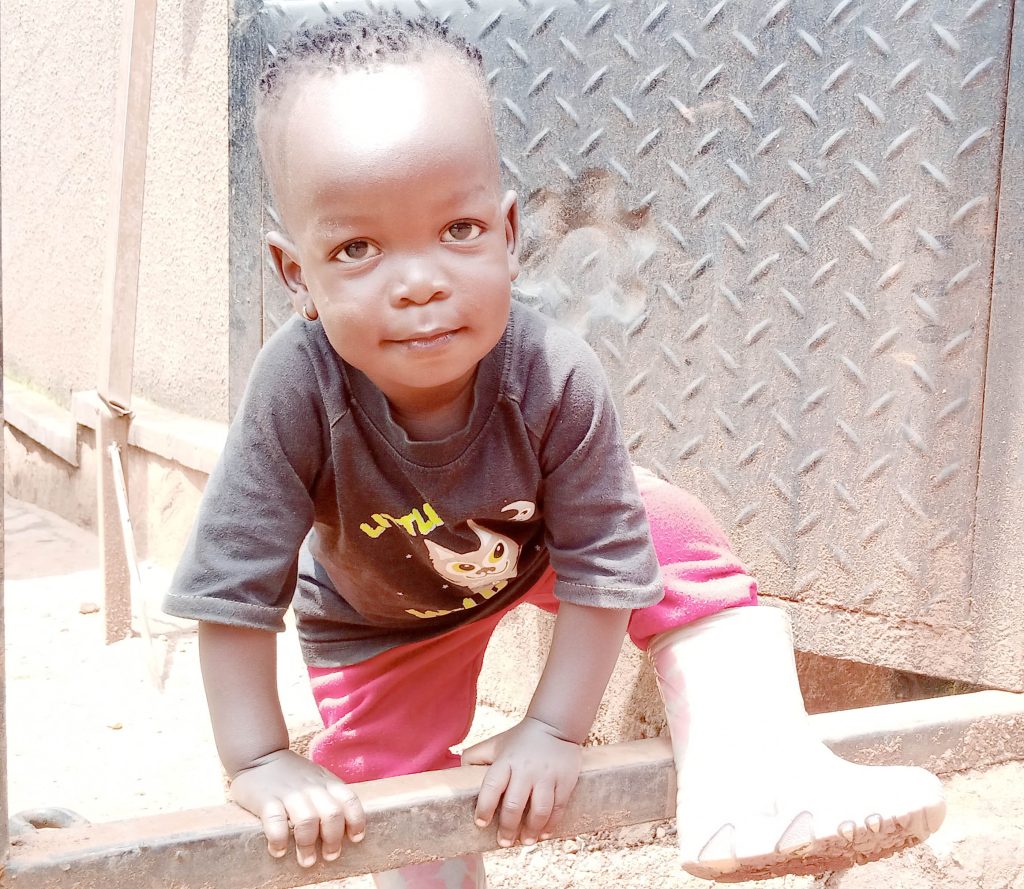 Miracle plays at her parents’ home in Salaama- Makindye.

“I remained in hospital and my hubby took the dead body to his ancestral home in Iganga district where it was buried. But after one week, staff at Kamic hospital told me that the baby we had buried wasn’t ours. It was mind-blowing! Ours was alive and had been given to another couple,” Awino told Newsday on Thursday from her home in Salaam-Makindye.

Newsday website visited Awino and found her playing with her baby, who was jumping and running about. 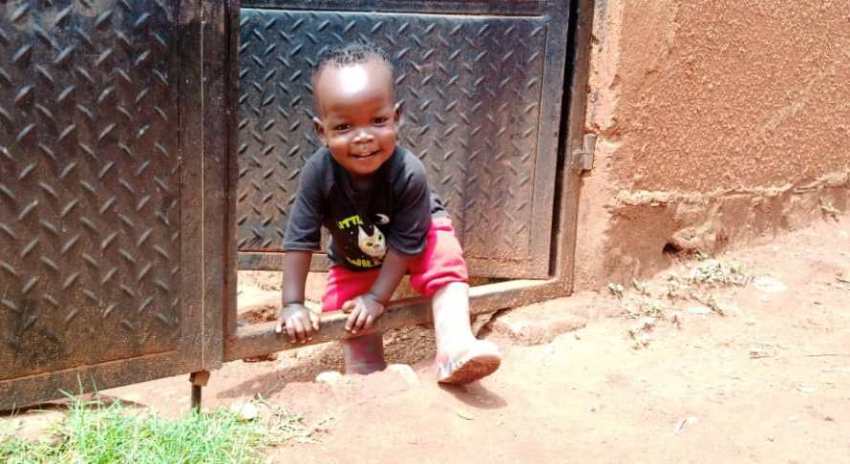 “Right now I would be a mother who lost a child if it was not for the intervention of Col. Nakalema. Our family cherishes her. We often visit her and she gives us support,” Awino said.

When it was discovered there was a swap scam, Awino and her husband Engong reported the case to the police but they say they never received good help.

“But when we drew our attention to Col. Nakalema, she aided a quick DNA test that authenticated the living baby was actually ours. Col. Nakalema gives a good face to humanity. She changed my mind about the army,” Awino said.

In 2015, Mr Farouk Bukenya and his wife Saudah Nabakiibi filed a lawsuit before the High Court in Kampala on May 29 seeking general and punitive damages after some staff at Mulago hospital swapped their baby, an incident that occurred on July 12, 2006.