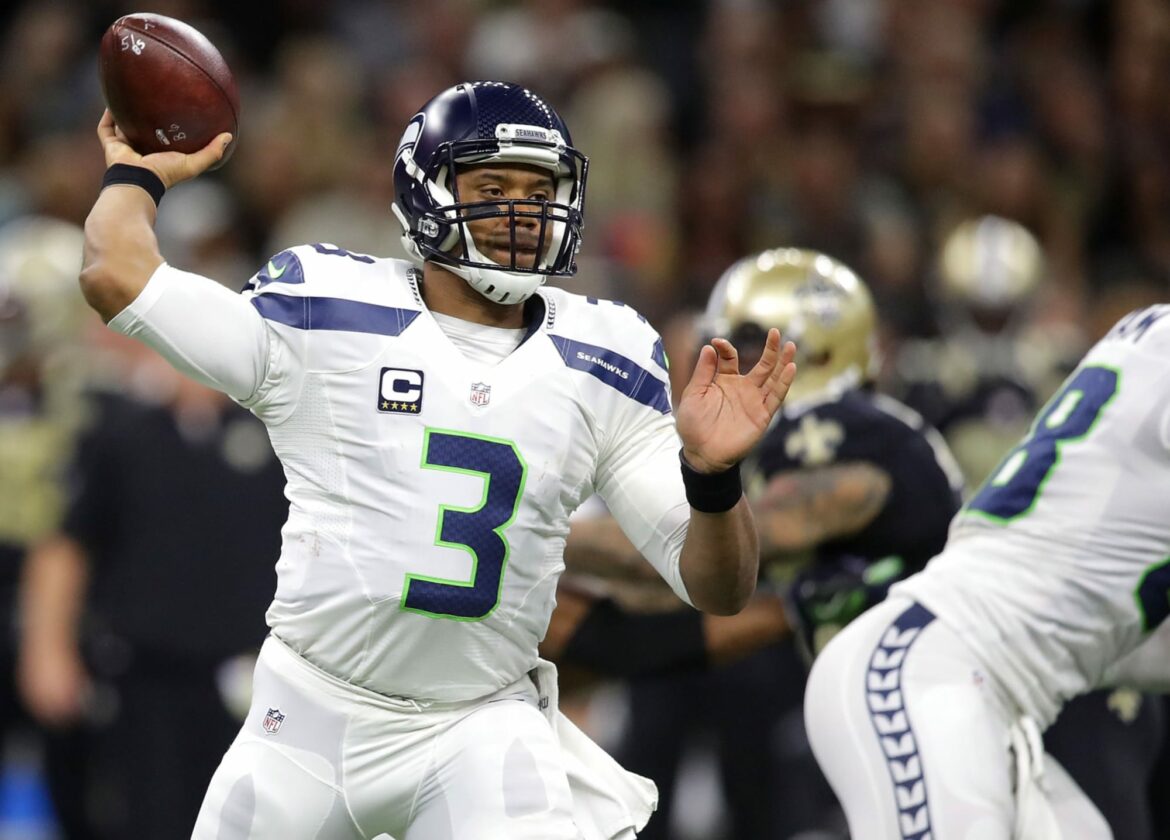 With the news that Russell Wilson might be interested in a move to the New Orleans Saints, the Seattle Seahawks may look to make a trade happen.

The New Orleans Saints need a considerable upgrade at quarterback. The Seattle Seahawks appear to be falling apart and need some first-round draft picks. With Russell Wilson apparently willing to move to New Orleans, a trade could work out for both teams.

What would it take for the Seahawks to agree to such a trade? Well, it’s probably going to be a little tricky, but it’s probably not impossible.

The Saints might just need to give up a lot for this to work.

The Seahawks previously declined a deal from the Chicago Bears that included three first-round draft picks during this past offseason.

However, that was before the Seahawks had to struggle throughout this season. With Wilson only having one more season on his contract and Seattle lacking an abundance of first-round draft picks, this is as good a time as any for the Seahawks to shake things up while they still can.

It seems likely that Seattle will need some major draft capital in any trade that would involve Wilson.

Three first-round draft picks over the next three seasons seems like a good place to start — unless New Orleans would be willing to solve a big issue for Seattle with a high-profile player.

If the Seahawks are looking to fix some issues sooner rather than later, getting a defensive back like Marshon Lattimore would be a great addition to Seattle’s secondary (which has been a mess this year).

The Saints just signed Lattimore to a huge contract extension, so that may not be the ideal situation for everyone involved, but landing Lattimore would help give the Seahawks a player they could build their defense around for years to come.

That might seem like a steep price (which it is), but the Seahawks might be willing to make that happen. If the Saints want a quarterback who could elevate them back to being a Super Bowl contender, they’ll likely have to give up a key player like Lattimore along with some important draft picks. Wilson might just be worth it.

And at the very least, if Seattle were to ask for a trade such as that and New Orleans isn’t willing to part with Lattimore, it would at least be a starting point for negotiations so both sides could get what they want out of a potential trade.