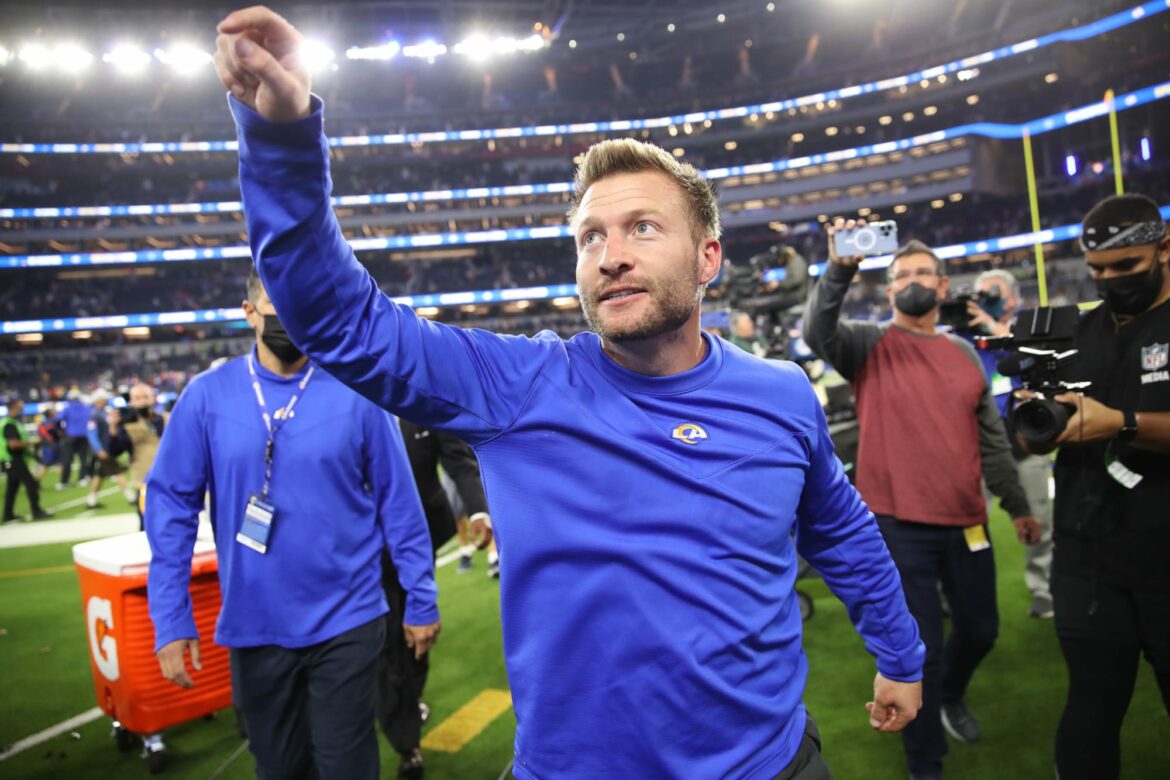 Los Angeles Rams coach Sean McVay was apparently, at one point in his life, one of the best athletes in the state of Georgia.

Calvin Johnson is one of the greatest athletes the NFL has ever seen. A dynamic and physically dominant receiver, he once routinely embarrassed entire defenses while he was with the Detroit Lions alongside current Los Angeles Rams quarterback Matthew Stafford.

However, Stafford is now working with an athlete that actually went out and won an award over Johnson. As it turns out, Sean McVay, the current Rams head coach, was named the 2003 Georgia High School Player of the Year over Johnson, which is absolutely absurd to think about.

During a segment on his show, Rich Eisen actually asked Johnson about McVay beating him out for the award. Apparently, Johnson had no clue this even happened up until recently. It was all news to him.

“You know it’s BS because there’s no freaking way. It doesn’t make any sense at all,” Johnson said.

He’s not wrong. And as it turns out, Johnson actually has a theory on how McVay beat him out for the award.

Eisen and his crew also chatted a bit about Roman Reigns, who was actually a teammate with Johnson during his college days. The whole interview is great and absolutely a must watch.