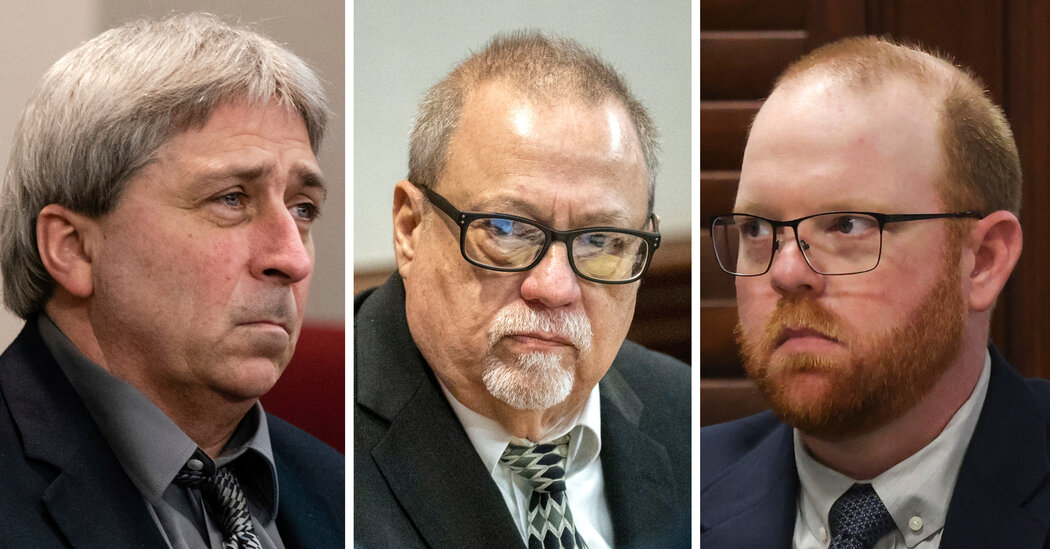 “At the end of the day, the evidence in this case will prove that if Ahmaud Arbery had been white, he would have gone for a jog, checked out a house under construction and been home in time for Sunday supper,” Bobbi Bernstein, a Justice Department lawyer, told the jury. “Instead he went out for a jog, and he ended up running for his life. Instead he ended up bleeding to death, alone and scared, in the middle of the street.”

Gregory McMichael’s lawyer, A.J. Balbo, told the jury that Mr. McMichael had not been out to hunt down a Black person that day, but rather to go after Mr. Arbery specifically, after a police officer showed security camera images of Mr. Arbery entering a nearby house that was under construction.

Travis McMichael’s lawyer, Amy Lee Copeland, noted that her client had been shocked, rather than “gleeful” after the shooting, which occurred after Mr. Arbery, pinned in by the two trucks, clashed with the younger Mr. McMichael, who had by that point stepped out of his truck with his shotgun in his hands.

The death of Mr. Arbery was met with revulsion from both conservative and liberal lawmakers in Georgia. It prompted state legislators to significantly weaken a citizen’s arrest law that one local prosecutor had cited soon after the shooting to argue that the three men should not be arrested. It also prompted them to pass a state hate-crime law.

This month, the legislature also passed a resolution declaring Wednesday, the two-year anniversary of the killing, “Ahmaud Arbery Day.”